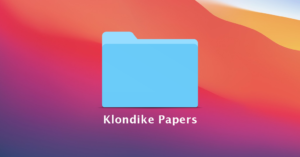 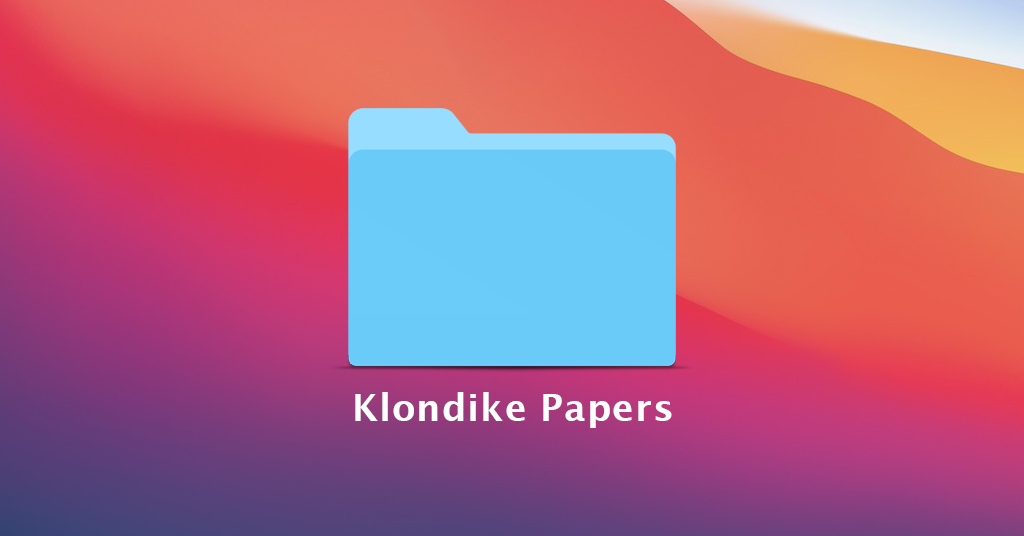 We’ve Reviewed 6,400 Pages of Documents Called the ‘Klondike Papers’. Here is What We Know and Don’t Know.

The ‘Klondike Papers’ do not reveal a vast conspiracy or ‘explain everything’, but they do shine a light on some concerning matters of public interest

Something weird has been popping up recently in Canadian social media feeds.

Sensational claims, tied to something that is being called the “Klondike Papers,” have spread like wildfire and taken on a life of their own thanks to social media influencers.

Viral videos tagged with the hashtag #KlondikePapers have already been viewed over one million times on TikTok while interest in the topic has quickly skyrocketed on Google searches in Canada. 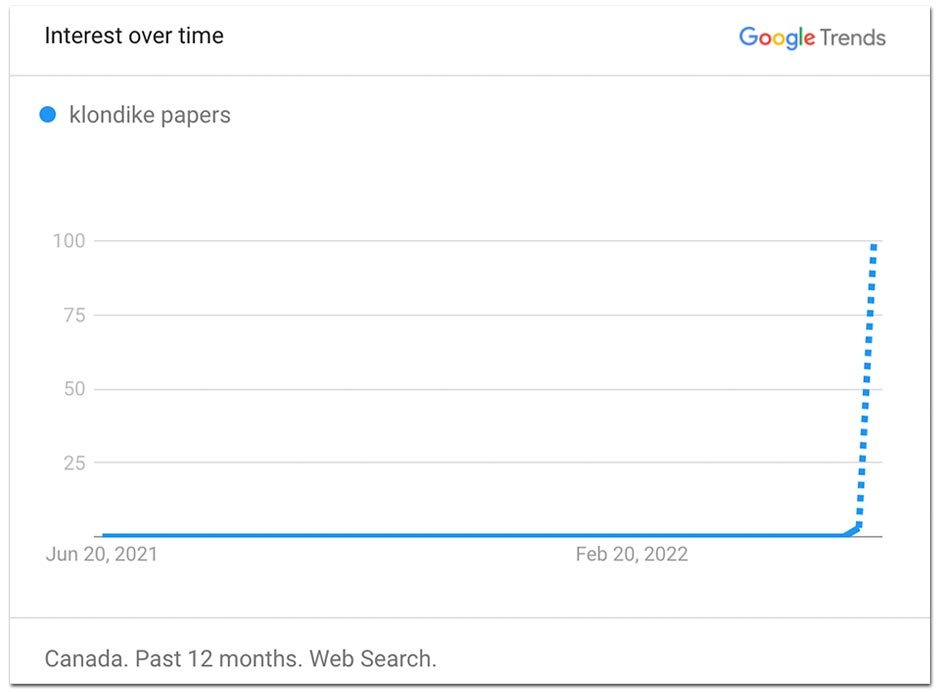 The wild speculation has caught some people behind the Klondike Papers off guard, with one person responsible for releasing the documents observing that a lot of stuff circulating on TikTok and elsewhere is “seriously misleading.”

And yet, as other journalists who’ve looked at the documents note, some troubling things do appear to be backed-up by the documents. In fact, the authenticity of various messages in the documents have already been confirmed.

“People are being fed a mixture of truth and misinformation and it’s just confusing,” Richard Marsh, one of the individuals who helped release the documents, told PressProgress.

With the so-called Klondike Papers fuelling wild speculation, here’s some context about what these documents are, what they’re not and what matters to the public.

What are the so-called “Klondike Papers”?

In recent months, a handful of news organizations, including PressProgress, obtained 6,400 pages of documents including emails, texts, bank records and hours of audio recordings belonging to a man named David Wallace.

Wallace was, until recently, a self-described conservative political “fixer,” someone whose full-time job is to help politicians make problems go away.

This was illustrated in the first story relying on Wallace’s source materials published in early April by the Canadian Press detailing a plot to obtain a Calgary Herald reporter’s phone logs. Alberta’s former justice minister later confirmed he had a contract with Wallace but denied asking for them.

Five months ago, I learned about emails and documents suggesting a former Alberta justice minister had hired a political fixer to obtain my phone logs to find my sources. Here’s the story by @row1960 for @cdnpressnews #abpoli #ableg https://t.co/M1sXyk0ypR

Over the last month, PressProgress has also reported a number of stories that directly or indirectly make use of information from these documents.

In each of these stories, documents were independently verified and corroborated by public records and multiple sources — including by senior officials in Doug Ford’s office and Ontario PC insiders.

To date, only a small portion of these documents have actually been verified and reported. PressProgress, as well as others, have been slowly and responsibly working to independently confirm details in thousands of pages of disorganized documents.

All of the emails are out-of-order and there is no central thread. It’s just 6,400 pages of random messages from Wallace’s inboxes, accounts and devices detailing four years in the life of a shady political operative. Some of it is interesting, some is mundane.

The events depicted in the documents follow Wallace drifting from one job to the next, unfolding like chapters in a hardboiled crime paperback if all the pages were ripped out and rearranged at random. The gist of Wallace’s life journey appears to be as follows:

• We first meet Wallace in 2018, shortly after returning from Russia where he was producing a documentary on the KHL, working with a group attempting to clear Patrick Brown’s name after the former Ontario PC leader resigned over sexual misconduct allegations.

• Following the election of Doug Ford in 2018, Wallace teams up with an Ontario PC insider looking to help Russian officials make inroads into Ontario political and business networks amid US sanctions.

• There is a brief episode in which Wallace is hired by a private investigator to help solve the unsolved murders of Barry and Honey Sherman (the murders remain unsolved).

• Wallace looks to the west in search of new hustles and is introduced to key players in circles associated with Alberta’s newly elected United Conservative Party government and Calgary municipal politics.

• A group of wealthy businessmen hire Wallace to help them build a solar farm in Ukraine, a scheme that ultimately goes sideways and angers the Russian government.

• While in Alberta, Wallace alleges he was hired to track down a whistleblower who is a former member of a secretive religious sect.

That is the general scope. There’s not much more to the documents than that.

Beyond what has already been verified and reported, it remains to be seen how much of this information can be corroborated and whether there is additional relevant context.

How the “Klondike Papers” took on a life of their own

The name “Klondike Papers” was coined by Richard Marsh, who helped Wallace compile several thousand emails and other documents from his various email and social media accounts.

Marsh, who also operates the official “Klondike Papers” Twitter account, says he’s been frustrated by “serious misinformation” circulating on social media about the documents he helped put in the hands of journalists to verify.

“The problem is that the misinformation detracts from the truth,” Marsh told PressProgress.

“It just surprises me that people would publish without taking the time to even do half an hour of basic research, which would just prove that the assertions they’re going to make are actually incorrect.”

Following a series of podcasts, a number of people who have never seen the documents began trying to explain their significance to others, spawning blogs, Twitter threads and TikTok videos that have reached millions of Canadians.

One influencer named “Sheep King JB” recently took responsibility and issued corrections for several items he got wrong about the Klondike Papers in a series of TikToks that received over half a million views.

“People make mistakes,” JB told PressProgress. “I was not purposely trying to spread anything false, just got caught up in the heat of it all.”

Ironically, JB says he actually did more due diligence than usual preparing these videos.

“The funny thing is this is the most work I have done for any of my videos,” JB said. “The amount of times I listened to these interviews and noted down things is more than ever before.”

JB acknowledged TikTok’s algorithm forces him to boil things down to their key points because he only has a few seconds to catch the attention of users. In retrospect, he also thinks Wallace made confusing public statements that led him to incorrectly “assume it’s in the papers.”

Wallace has faced criticism for making sensational statements on recent podcasts that are just not supported by any of his own documents.

For example, Wallace has made claims about the Ottawa convoy occupation – except the Klondike Papers end in 2021 and nothing in his own documents mention the convoy.

Wallace, and his well-connected associate Nathan Jacobson, have also suggested some sort of plot was being hatched against Justin Trudeau, although those allegations are ambiguous and there is no concrete evidence in the documents to corroborate them one way or the other.

Despite this, there remains significant evidence Wallace’s connections are real and there is no dispute he has, at times, found himself in rooms with influential public figures. 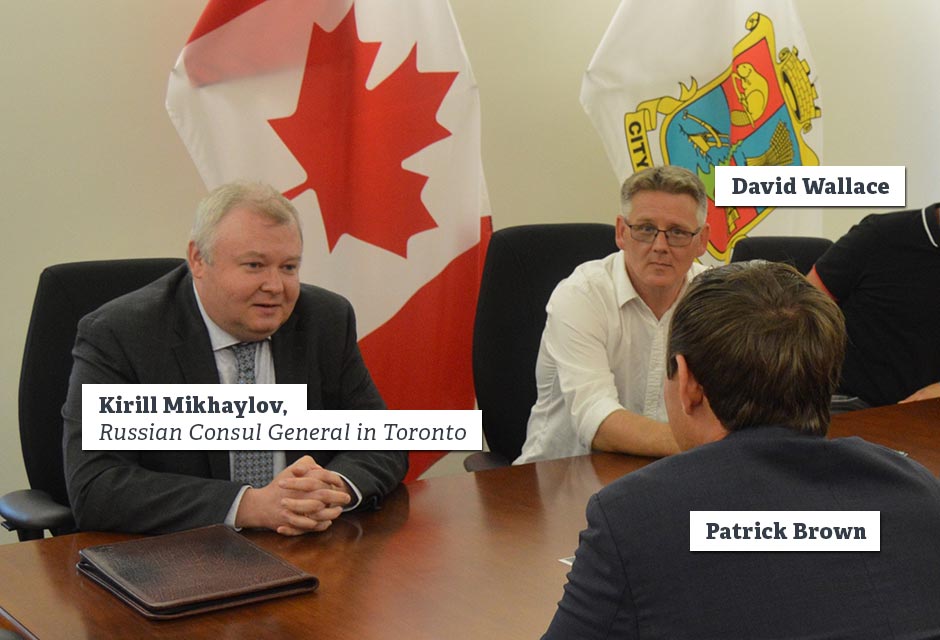 Wallace maintains he wants to make a break with his past. He is also currently dealing with tough health issues and has a young family.

In his past role as a “fixer,” Wallace’s day-to-day duties appear to include things like making introductions, acting as an intermediary, finding information, tracking down people and addresses and sometimes digging up “kompromat” on his client’s enemies.

Wallace first appeared in Canadian news stories in a 2018 article by Canadaland that reported Wallace paid a Patrick Brown truther vlogger $10,000, money which came from a lawyer who was a “longtime friend of Brown.”

Marsh, a former member of a secretive religious sect called the Plymouth Brethren (or “Exclusive Brethren”) who spoke out about the sect in a recent City News documentary, said even he has been left shaking his head by the “conspiracy theories.”

“It has been frustrating that people are making statements about the Brethren without doing any due diligence or simple online checks to see if they can verify the information,” Marsh said.

By any objective measure, the PBCC is not a normal religious denomination.

The sect runs a global network of businesses that engage in “group buying” from common suppliers and funnel billions of dollars back into the sect.

The PBCC has made headlines, particularly in Australia, New Zealand and the United Kingdom over its ties to local conservative parties and attempts to influence politics. Former Australian Prime Minister Kevin Rudd has described the organization as an “extremist cult,” although the PBCC’s website includes an FAQ page that specifically notes it is “not a cult.”

In Canada, the group has been the subject of reporting from multiple news organizations detailing allegations of abuse and questions about its secrecy.

That said, Marsh said exaggerated claims on social media that the Brethren are puppet masters controlling the government miss the point entirely.

“I don’t believe the PBCC actually control the government as such or that they are an integral part of any wider ‘christofascist’ organization,” Marsh told PressProgress. “Their goal, which they have achieved to some extent in the UK and Australia at times, is to get ‘their’ politicians into positions of influence and/or to win powerful politicians over to their cause.”

Marsh added that their efforts to exert political influence is “mainly exerted in an effort to retain their charitable status and, apparently, to secure extremely valuable contracts for Brethren owned businesses.”

Do these documents ultimately matter to the public?

There is obviously clear public interest value in any documents that relate to people who hold public office and those surrounding them.

The documents, if completely authentic, offer a unique window into conservative backrooms. To be sure, some emails and messages appear to capture casual chatter between political operatives trading gossip, speculation and blatant conspiracies that have no basis in fact.

But others reveal details of a party divided by shaky factions, shifting alliances and petty grudges. They also raise questions about efforts by obscure groups to influence politics behind the scenes in order to gain benefits for themselves. There is also unverified material that touches on unethical and criminal activity, as well as matters currently under police investigation.

It’s difficult to separate truth from misinformation, but enough troubling information has already been verified and reported by credible news organizations to suggest there are at least a few things worth paying attention to here.