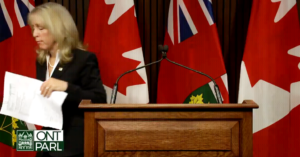 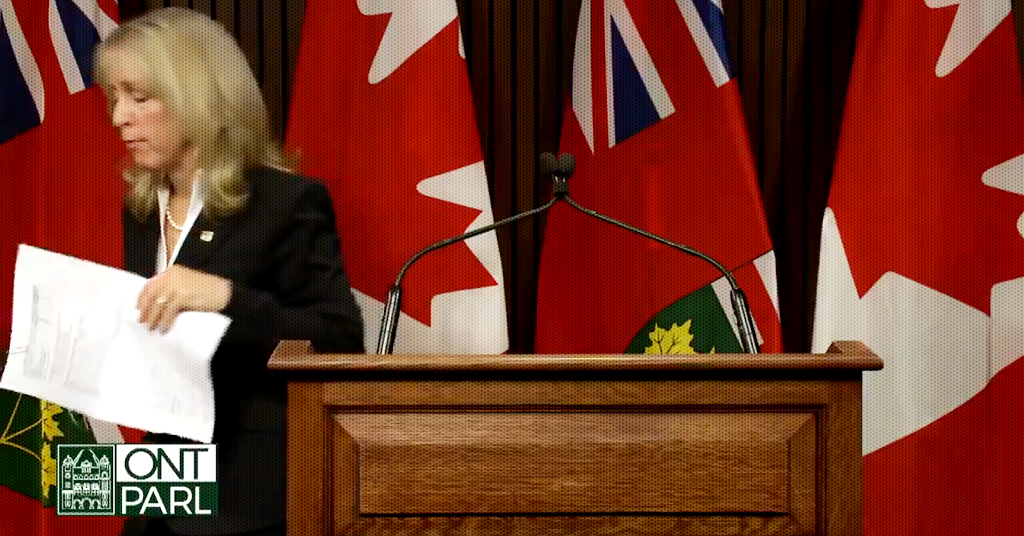 Ontario’s Long-Term Care Minister stormed out of a press conference Monday after a reporter attempted to ask questions about the minister drawing a comparison between COVID-19 deaths in long-term care homes and a “particularly bad flu year.”

“I’m sorry, I think we’ll have to go now,” Fullerton said before walking out of the press briefing room.

WATCH: Minister of Long-Term Care @DrFullertonMPP refuses to take a question from reporter @jessiecatherine and walks out of news conference. Recent story https://t.co/5Yvdtq0i2S by this reporter focused on Fullerton comparing #COVID19 deaths to a bad flu year. #COVID19ontario pic.twitter.com/NfRXU68aZM

Fullerton’s abrupt exit from the press conference was met with shock by members of the press gallery who described the minister’s behaviour as “unprofessional.”

I’ve never seen anything quite like that. The Minister walked out of media studio refusing to take a phone in Q from a reporter. It certainly highlights how challenging it is to get questions in properly and follow up during #covid19 https://t.co/Pnyas3hmgh

As correctly indicated by @ColinDMello, this is unprofessional for any politician especially a minister of the crown. https://t.co/IYb9irh7B2

Fullerton did not respond to requests for comment from PressProgress asking why she decided to end the press conference, but another journalist can be heard asking: “Minister, you had a Twitter fight with Jessica does she not deserve to ask you a question?”

Fullerton had argued with the reporter on Twitter a few weeks earlier, disputing the accuracy of a quote comparing numbers on COVID-19 deaths to flu deaths.

The controversy dates back to an October 9 Toronto Sun column titled “Long-term care death data shows COVID not much above a bad flu year,” which indicated that it made use of Ministry data.

The Minister clarified later that day: “The numbers really indicate how vulnerable our residents are in long-term care – whether it’s a bad flu year in 2018 – and the numbers actually do indicate – if you actually measure the flu season in 2017 into 2018, the numbers are comparable.”

Fullerton later tweeted: “To be clear, I said the number of LTC residents who died during the 2017-18 flu season was comparable to the number who’ve died with COVID-19.” 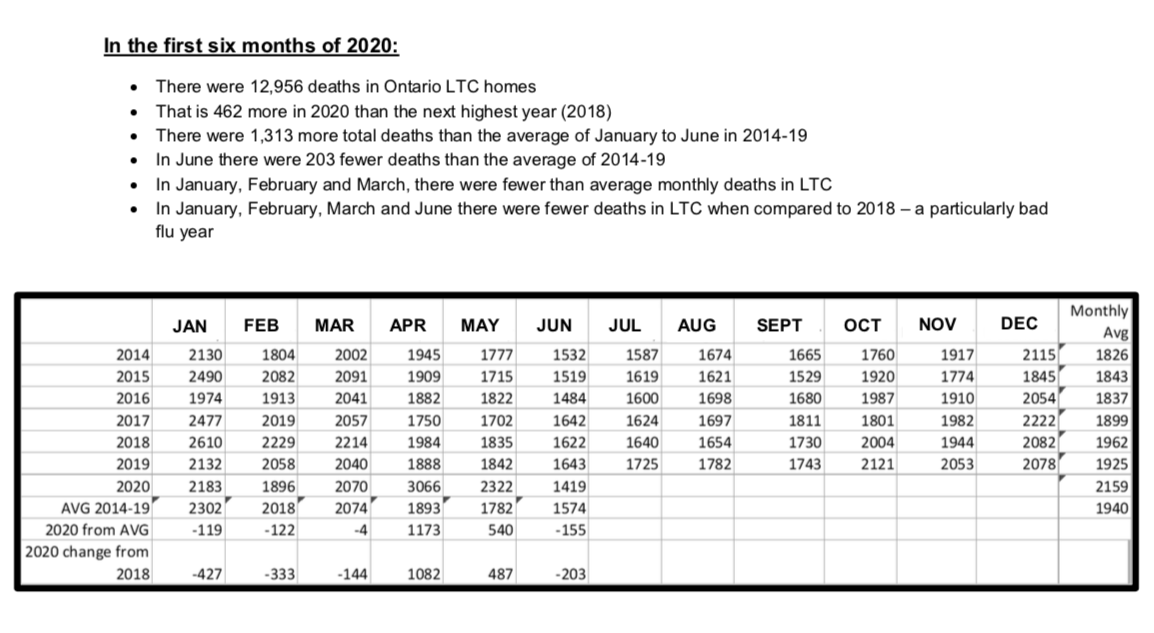 But the information QP Briefing says the Ministry provided reads:

“In January, February, March and June, there were fewer deaths in LTC when compared to 2018 — a particularly bad flu year.”

The claim was widely criticized as misleading.

QP Briefing noted the COVID-19 pandemic did not hit long-term care homes until late March and there were lower-than-average deaths in the months preceding the pandemic and in June.

I’m glad the minister confirms she said what I reported. My story also included concerns about these comments. There were 1,713 more deaths in LTC in April and May than the recent average of those months, and 549 more than the two months at the peak of the flu season in 2018. https://t.co/LUJNrNoah3

But Fullerton responded to the QP Briefing story, stating: “what is truly disappointing is that people would choose to believe this.”

Ontario’s LTC homes have been hit very hard by COVID-19, with experts calling for a “complete overhaul” of the system.