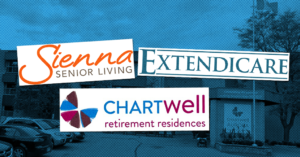 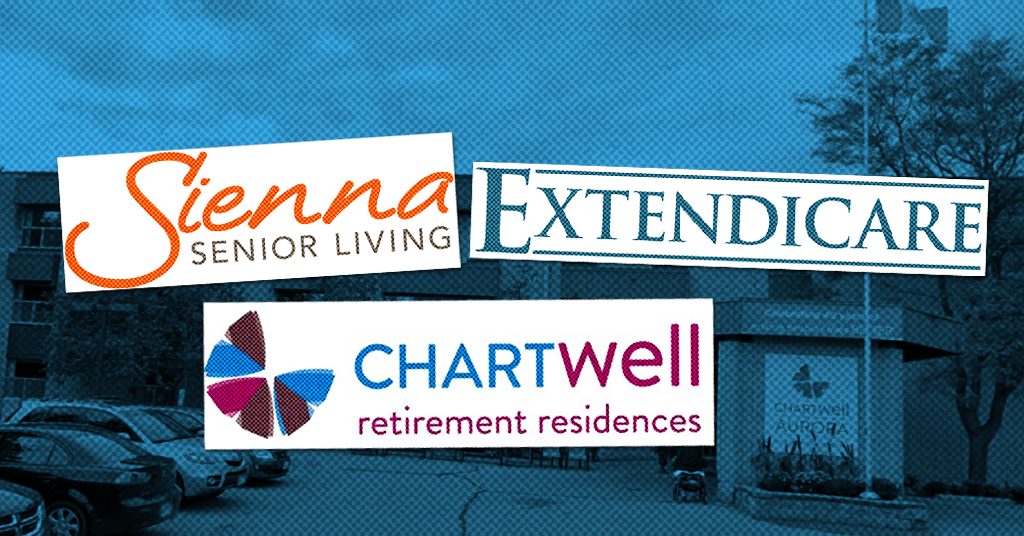 Three of Ontario’s biggest private nursing home companies are set to pay out up to $59 million to shareholders this quarter despite hundreds of COVID-19 deaths at their facilities.

Chartwell, Sienna and Extendicare are three of the province’s biggest for-profit long-term care companies and also among the hardest rocked by the ongoing coronavirus pandemic.

According to the Toronto Star, the three companies have paid out over $1.5 billion in dividends to shareholders over the past decade.

But a new analysis of the corporate profiles of all three companies shows the three big nursing companies are forecasted to pay out as much as $59 million per quarter.

“Paying corporate shareholders millions upon millions of dollars in the middle of a pandemic, while residents and workers were dying, is simply heartless,” SEIU Healthcare President Sharleen Stewart told PressProgress.

“They could have used that money to hire more staff, to buy PPE, to upgrade infrastructure, or to give low-paid workers a permanent raise, instead, they did none of that,” Stewart said.

Sienna is the owner of the Altamont Care Community where 53 residents died of COVID-19 before the home’s management was taken over by the Canadian military. According to Global News, an estimated 300 residents have died at Sienna facilities since the start of the pandemic.

On May 14, the company announced its first quarter results for the period ending March 31, with a declared dividend of $10.7 million. According to the Huffington Post, the company credited special COVID-19 funding from various governments as part of the reason for its increased 2020 revenues, even though at least 80 people have died at the company’s facilities since the pandemic began.

Over the past decade, the Star reported, Extendicare spent $440.5 million on dividends.

Chartwell Retirement residences, meanwhile, has a market cap of $1.97 billion, about 213.8 million shares and a forward dividend of $0.61. That adds up to an annual dividend of around $129.9-130 million — or quarterly dividends of about $32.5 million.

In the last decade, the Star reported, Chartwell spent $798.30 million on dividends.

Last month, Chartwell was named as a defendant in a class action lawsuit led by the family of a woman who died in one of its facilities, claiming the company’s negligence led to “preventable deaths and unnecessary suffering.”

Like Extendicare, Chartwell noted a drop in revenue due to higher operating expenses and lower “move-in” activity would be partially offset by government support in a June 2020 press release.

Chartwell, Extendicare and Sienna did not respond to requests for comment from PressProgress.

“The system in Canada needs a complete overhaul,” University of Toronto social work professor Laura Tamblyn Watts told PressProgress, pointing to a need for  “national standards and licensing to ensure that Canadian seniors get there care they deserve.”

“Most Canadians would be shocked to see the profits and dividends paid out in the millions quarterly when the homes themselves and the seniors who live there need this investment. Badly.”

Correction: This story originally stated Chartwell had spent $798.30 on dividends over the last decade. In fact, the company paid $798.30 million on dividends.