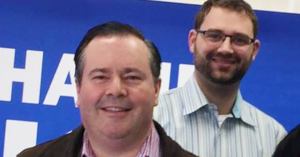 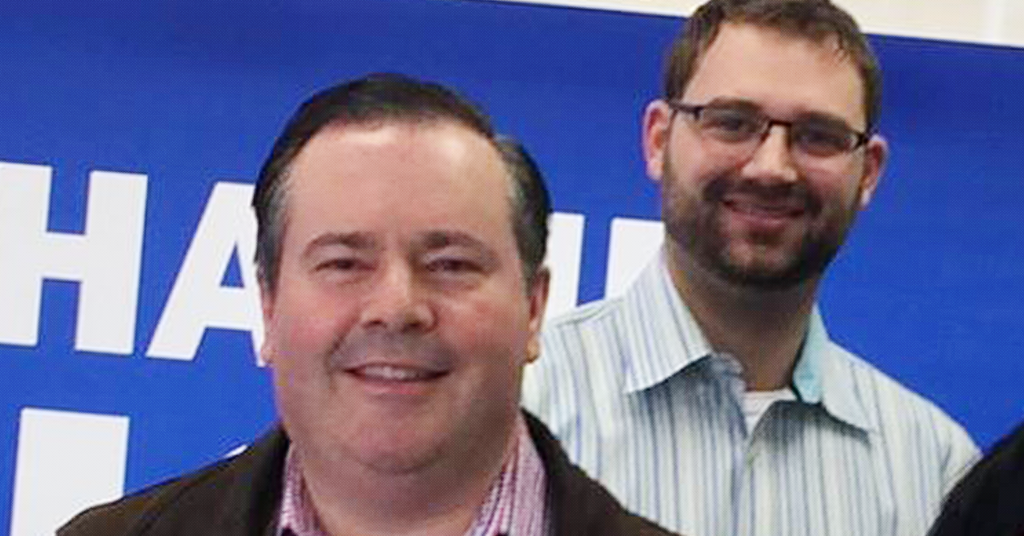 UCP Caucus was told Cameron Davies is one of 3 federal Conservative staffers who ‘laundered’ $20,000 to Kenney’s ‘kamikaze’ candidate

A UCP staffer penalized by Alberta’s Election Commissioner for obstructing an active investigation is also one of the figures at the centre of an alleged scheme to launder donations to Jason Kenney’s so-called “kamikaze” candidate, Jeff Callaway.

Cameron Davies, who was “terminated” as a UCP Caucus contract staffer Tuesday night, was ordered to pay a staggering $15,000 in fines for two separate “obstruction of an investigation” offences.

The “administrative penalties” section of the Election Commissioner’s website cites the following offence:

Neither Davies nor his lawyer would elaborate on what prompted the penalties, although his lawyer says his client intends to “appeal the decision.”

Davies’ multiple “obstruction of an investigation” offences represent a significant development in an unfolding scandal surrounding the “kamikaze” campaign.

According to a leaked e-mail first reported by PressProgress last month, the UCP Caucus was told three federal Conservative staffers participated in a scheme aimed at “laundering” nearly $40,000 in donations to Callaway’s UCP leadership campaign.

Former UCP MLA Prab Gill later confirmed to PressProgress that Davies was one of the three federal “riding assistants” referenced in his letter.

That letter was shared with the UCP Caucus in early January, while Davies was still employed as a UCP Caucus contract staffer.

In 2017, Davies, Park and Ruiz, all worked as staffers for federal Conservative MPs Stephanie Kuzie and Tom Kmiec – two deeply socially conservative MPs who were helped early in their political careers by Kenney.

Last month, Davies declined comment on the Election Commissioner’s investigation to PressProgress, other than to say he felt Callaway’s donors are being “harassed.”

According to Elections Alberta records, Davies and two family members donated a combined $10,000 to the “kamikaze” candidate.

Under Alberta law, individuals can only donate $4,000 each year. Elections Alberta previously explained to PressProgress that the province’s election laws “prohibits someone from making a contribution using funds that do not actually belong to that person,” such as from a friend or family member.

According to a review of Callaway’s donor records by PressProgress, two-thirds of all donations valued at $250 or more came from individuals connected to nine families. Contributions from the Davies stand as the biggest donations made by any family.

The size of the donation from Davies, whom the Election Commissioner revealed Tuesday as the “co-campaign manager” of Callaway’s leadership campaign, are also remarkable considering Davies was spotted in the middle of his candidate’s short, two-month long campaign declaring he’s “100% behind Jason Kenney.”

Last month, he confirmed to PressProgress he was “interviewed” by investigators working for the Election Commissioner.

In a new statement to PressProgress Tuesday night, Park expressed surprise when he was told Davies was Callaway’s campaign manager.

“I didn’t even know Cam was co-campaign manager,” Park said. “I answered directly to Mr. Callaway and the person I believed was the campaign manager.”

Asked about Davies’ obstruction offences, Kerr said he hadn’t “heard of any charges” but confirmed the two served as co-campaign managers.

“Cam and I were kinda working together on that,” Kerr told PressProgress.

The UCP candidate, who himself gave the maximum $4,000 to Callaway’s campaign, said he hasn’t been contacted by the RCMP or Election Commissioner investigators, reiterating he hasn’t “heard anything about it.”

In a statement released Tuesday night, a UCP spokesperson said Davies had been “terminated” after being employed by the party as an “independent contractor” since November 2018.

The party spokesperson said Davies disclosed he had been contacted by the Election Commissioner in January, but the party was advised by the contract staffer he was  “not the subject of any investigation.”

“At no time has the Election Commissioner contacted the UCP, the UCP Caucus, the Leader’s Office, nor the Leader’s previous Leadership Campaign.”