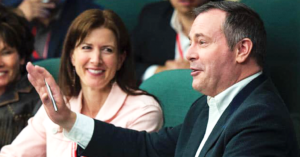 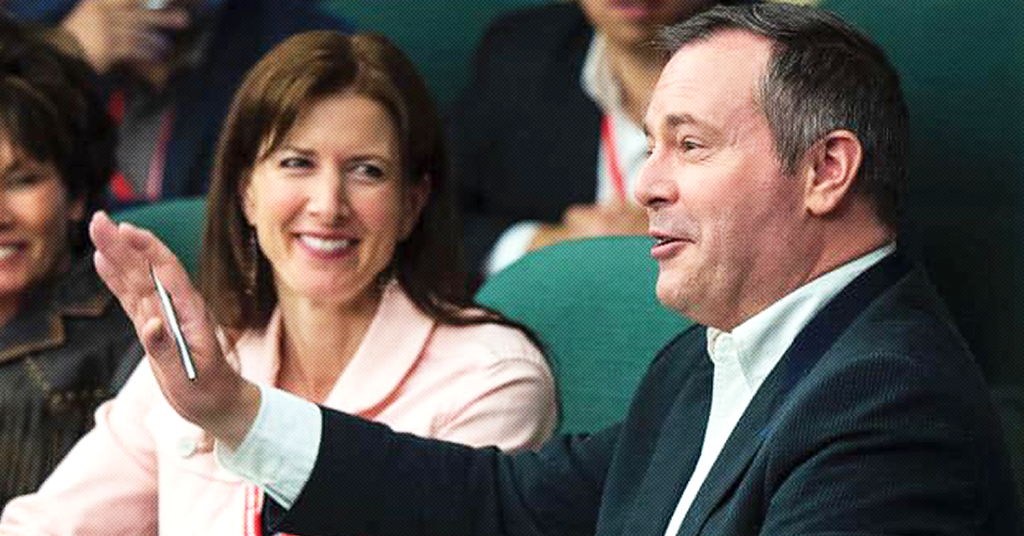 Alberta’s former Minister of Economic Development, Trade and Tourism Tanya Fir shared some alarming  news about her Facebook account several days before Premier Jason Kenney shuffled the rookie minister out of his cabinet.

In a Facebook post on August 19, the former Kenney government minister posted: “My Facebook page was temporarily compromised. I apologize for anything that may have (been) posted under my name that was inaccurate or inappropriate.”

Fir did not directly indicate which posts she was referencing, but screenshots later posted on Twitter show Fir’s verified Facebook account posted in the replies of her own post celebrating the expansion of a Calgary-area warehousing start-up.

“Great to see Calgary company Attabotics Inc, listed by TIME for special mention for best invention of 2019, is building on their success!” Fir wrote.

In the replies to her own post, Fir’s account attacked the company she’d just praised, criticizing the company for displacing workers through automation.

“O wow, that’s really nice” Kenney’s former economic development minister replied to herself. “Less jobs for humans so that companies can make more money without having to hire and pay people to support their families.”

“Automated tills at grocery stores, hardware stores, and other places, have coincided with lower staffing rates on the floors of box stores, all around less jobs across the board.”

This is pretty funny @tanya_fir. Were you starting an online battle of wits with yourself or realizing what incoming AI actually means for Alberta workers? #ableg pic.twitter.com/HGenGdbOx4

Fir later deleted her reply and posted a strange new comment insisting that the previous “comment was not posted by me or any of my staff.”

“This page was compromised and the comment was posted under my name,” Fir wrote. “It was not posted by me or anyone authorized to post on my behalf.” 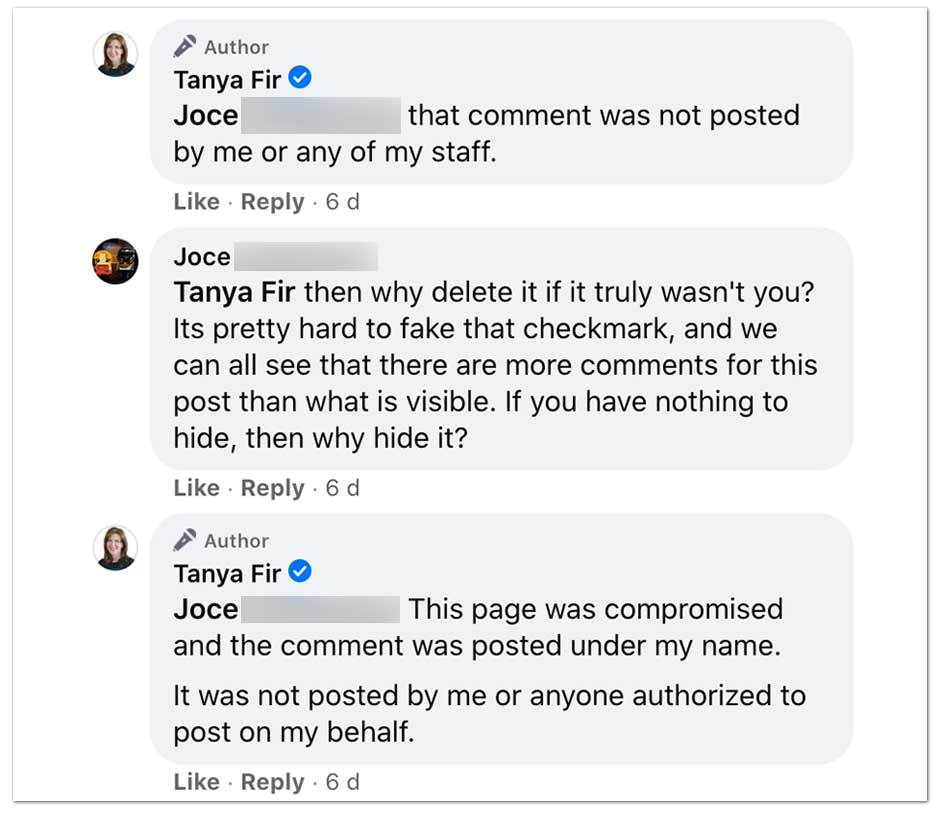 Kenney shuffled Fir out of cabinet on August 25 without providing an explanation. Fir was replaced by Doug Schweitzer, who was demoted from Justice Minister to the newly created position of “Minister of Jobs, Economy and Innovation.”

Fir did not respond to requests for comment from PressProgress seeking additional information about how exactly her page had been compromised.

The newly branded Ministry of Jobs, Economy and Innovation did not respond to questions about whether it was investigating a possible hacking of an Alberta cabinet minister.

Under Canada’s criminal code,  hacking or any unauthorized access of a computer service is potentially punishable by up to 10 years in prison.

Fir’s nomination as a UCP candidate was backed by the Progressive Group for Independent Business, an influential social conservative activist group that specializes in helping prospective candidates win conservative nominations.

The PGIB is run by Craig Chandler, who managed Fir’s nomination campaign.

Chandler resigned as a director of the now defunct Alberta PC party following a controversy over comments accusing the Earls’ Restaurants chain of supporting terrorism and later organized Alberta separatist events following the defeat of Andrew Scheer’s Conservatives in the 2019 federal election.