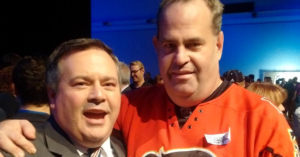 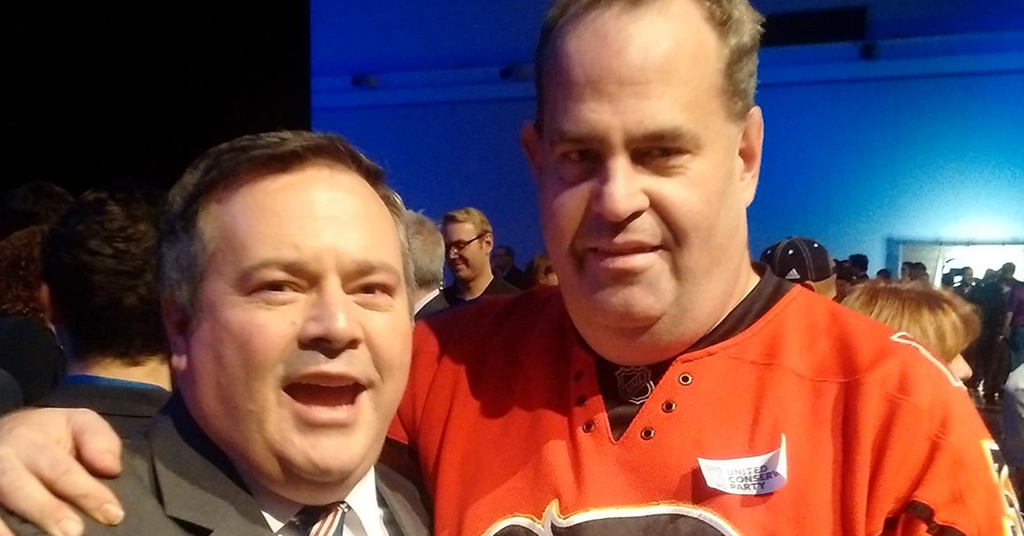 Calgary UCP nomination candidate Tanya Fir is standing behind her campaign chair after the top staffer recently shared conspiratorial postings on topics ranging from pedophiles infiltrating the LGBTQ community to a cover-up by Toronto police.

Chandler confirmed to PressProgress that Fir still stands behind him.

Although Kenney recently issued a zero tolerance policy on hateful comments in the UCP, Chandler says his social media postings align with Kenney’s policy because there is “no hatred” in his comments.

Chandler is referring to material he shared from a Facebook page called “Americans United Against Marxism & The New World Order” last week, a far-right page that promotes the idea that “homosexuality” is part of a conspiracy to decrease birth rates, thereby engineering a need for “mass migration from the 3rd world.”

Chandler shared a meme claiming “the Left” is secretly working to “legitimize pedophilia” by helping pedophiles rebrand as “minor attracted persons” or “MAPs” to “gain acceptance and be included into the LGBT community.”

According to the fact-checking website Snopes.com, “pedophiles are not rebranding themselves as MAPs to gain entry to the LGBT community” and they trace the rumour to “fear-mongering” campaigns attempting to “link pedophilia to the LGBTQ community.” The posting includes nearly a dozen links to videos and articles elaborating on a conspiracy between pedophiles, the LGBTQ community and “the Left.”

A number of links feature videos from alt-right personalities Mike Cernovich and Paul Joseph Watson, key figures responsible for popularizing “Pizzagate,” an online conspiracy theory that caused an armed gunman to open fire in a Washington, DC pizzeria in 2016, believing he was liberating children imprisoned in the basement by Hillary Clinton (in fact, the pizzeria actually had no basement).

Watson is a contributor on the right-wing conspiracy theory website InfoWars, while Cernovich is an alt-right figure who circulated a hoax video of his own supporters pretending to be anti-fascist protesters falsely claiming to have teamed up with a “pro-pedophilia group.” Chandler insists he has “not in anyway put out any material connecting pedophiles to the LGBTQ community” and stresses he is not violating Kenney’s rules because “nowhere do I make any hateful comments whatsoever.”

“The meme I shared says ‘pedophiles believe they should be part of the LGBT community’ and does not in any way say that the LGBTQ thinks they should,” Chandler explained.

“Further, I do not even comment on the meme at all.”

The chair of Fir’s UCP nomination campaign also defended his comments accusing police of being in “denial” about last week’s horrific shootings in Toronto. Following news reports that Toronto police had confirmed there was no evidence the shooter was linked to ISIS, Chandler blamed “radical Muslims” and claimed police and the media are acting to “withhold information” from the public.

“The police need to stop the denial of what we all know is true,” Chandler wrote, also questioning why the media updated a news story to include comment from police.

Chandler told PressProgress that even though Toronto’s police chief poured cold water on his theory, he still takes ISIS at its word: “ISIS claimed responsibility so why not believe them?”

National security experts suggest ISIS falsely claimed responsibility for publicity, adding ISIS has grown weak and desperate, so their public statements should be taken with a “great big lump of salt.”

Fir’s campaign chair does not characterize his views as anti-Muslim, pointing out he has “not made any comments about people of the Muslim faith in any manner” and noting he has a “large number of Muslim friends.”

In 2016, Chandler resigned from the Progressive Conservative Association of Alberta’s board of directors after he accused the Earls’ restaurant chain of supporting terrorists after the restaurant chain said it sourced its meat from a supplier that also offers halal certified products.

Chandler is the Executive Director of a social conservative activist group called the “Progressive Group for Independent Business” which recurited “73 supporters” to knock on doors for Jason Kenney’s December 2017 by-election campaign.

Earlier this week, Kenney said “those who express hateful views” are “not welcome” in Alberta’s United Conservative Party.