An independent Alberta could hold Canada’s economy hostage and force British Columbia into doing as it commands if Albertans supported separatism, says one of Jason Kenney’s United Conservative Party MLAs.

In a guest post on the Western Standard, a right-wing digital publication run by former UCP MLA Derek Fildebrandt, current UCP MLA Drew Barnes shared a few thoughts on separatism and his opinion Alberta would somehow be less landlocked if it separated from Canada and had no access to tidewater.

“BC would be turned into a proverbial East Prussia; that is, an exclave separated by Alberta and two oceans from the rest of Canada.”

Following World War One, Germany’s borders were redrawn to give Poland access to the Baltic Sea, cutting off the German state of East Prussia from the rest of Germany. The Polish corridor dividing East Prussia from Germany later served as a pretext for the Nazi invasion of Poland. 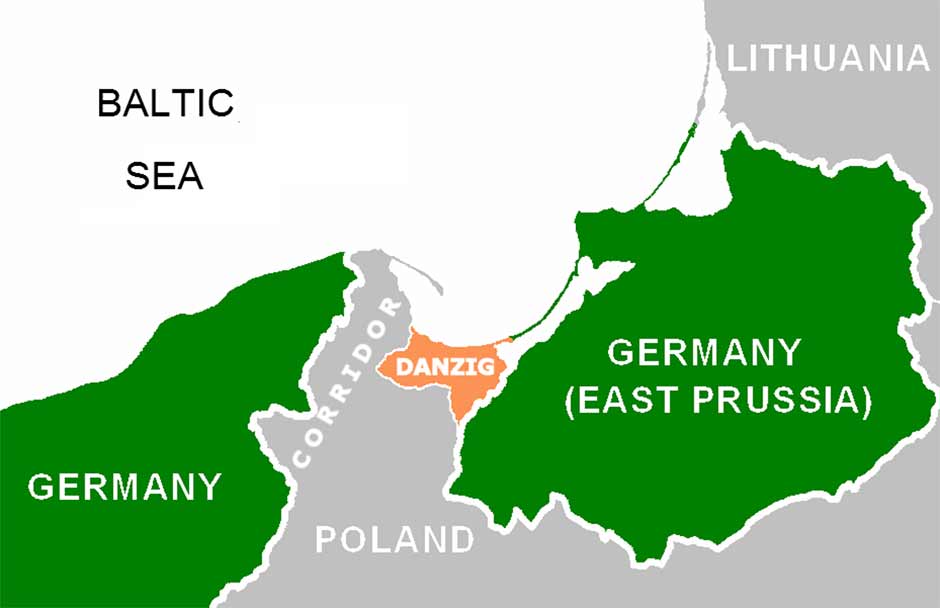 East Prussia separated from Germany by the Polish corridor (Wikipedia)

“As an independent nation, Alberta would have the legal and political right to play hardball with Ottawa to force market access,” Barnes said. “Ottawa would be cutting of its nose to spite its face to vengefully try to isolate an independent Alberta.”

Despite the bleak vision, Barnes wrote that he remains hopeful Alberta can remain in Canada: “Alberta has the capacity to be the freest, wealthiest place in the world to raise strong families, strong communities, as a strong province or nation. It is up to Ottawa to decide how that sentence ends.”

Earlier this summer, Barnes came under fire over after penning an open letter to Alberta Premier Jason Kenney

“It is also abundantly clear that if constitutional equality cannot be achieved within confederation, that many Albertans will seek their independence,” Barnes wrote.

In June, UCP Deputy Speaker Angella Pitts suggested Alberta could model itself after South Tyrol, an autonomous border region nestled in the Alps which Italy annexed from the Austro-Hungarian Empire after World War One.