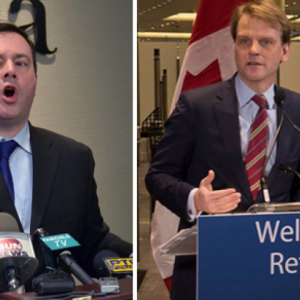 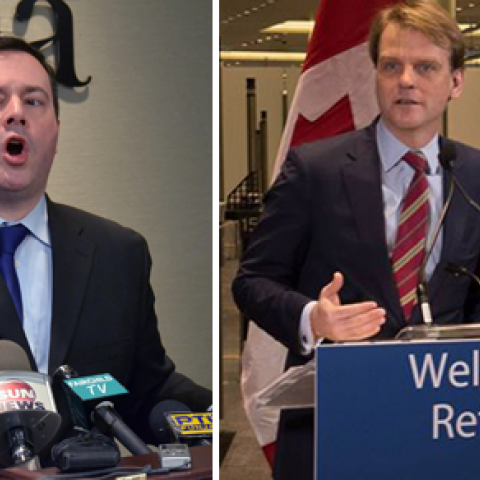 Federal ministers Chris Alexander and Jason Kenney are going to have to update their talking points (stat!) on the Conservative cuts to refugee health care after the Federal Court of Canada on Friday struck down the cuts as “cruel and unusual treatment” and an equal-rights violation. Here’s Kenney, the architect of the cuts to the Interim […]

Federal ministers Chris Alexander and Jason Kenney are going to have to update their talking points (stat!) on the Conservative cuts to refugee health care after the Federal Court of Canada on Friday struck down the cuts as “cruel and unusual treatment” and an equal-rights violation.

Here’s Kenney, the architect of the cuts to the Interim Federal Health Program in 2012 while serving as Immigration Minister, on the cuts:

Those who oppose the cuts are engaging in an “irresponsible and shameful attempt to further their unreasonable demands that Canadian taxpayers foot the bill for gold-plated health care coverage for illegal immigrants and bogus asylum claimants that is better than what even Canadian seniors receive.”

Alexander, Kenney’s successor, has been sticking to the same media lines since he took over the portfolio last year:

“That is an incentive for people to come here who are not genuinely refugees, not genuinely persecuted. That was happening at a large scale in the past and we don’t want it to happen again. Why should a bogus refugee claimant get health care — in many cases more than Canadians were getting?”

To help craft updated talking points, here are key lines from Friday’s court decision for Kenney and Alexander to consider as they ready their Supreme Court challenge:

“It puts their lives at risk, and perpetuates the stereotypical view that they are cheats, that their refugee claims are ‘bogus,’ and that they have come to Canada to abuse the generosity of Canadians. It undermines their dignity and serves to perpetuate the disadvantage suffered by members of an admittedly vulnerable, poor and disadvantaged group.”

“The 2012 modifications to the IFHP potentially jeopardize the health, and indeed the very lives, of these innocent and vulnerable children in a manner that shocks the conscience and outrages our standards of decency. They violate section 12 of the Charter.”

With the 2012 changes to the Interim Federal Health Program, the executive branch of the Canadian government has intentionally set out to make the lives of these disadvantaged individuals even more difficult than they already are in an effort to force those who have sought the protection of this country to leave Canada more quickly, and to deter others from coming here.