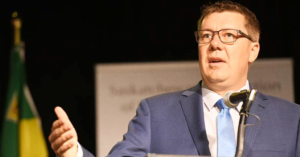 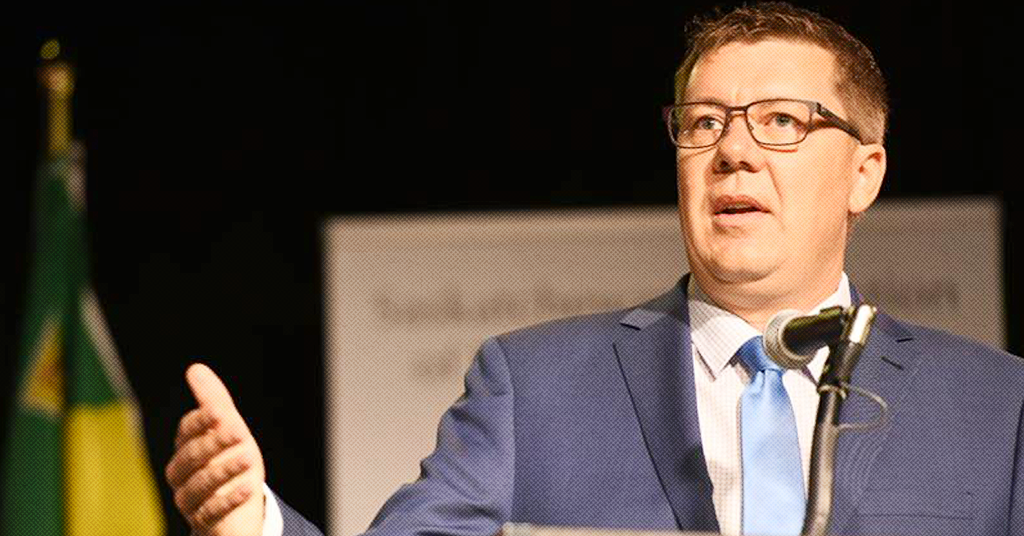 Oil companies based in Alberta were among the top corporate donors to Scott Moe’s governing Saskatchewan Party in 2019.

And experts say the Sask Party’s dependence on Alberta oil money is contributing to Saskatchewan’s “race to the bottom” on labour, environmental and tax regulations.

In 2019, nearly one-fifth of the Sask Party’s corporate donations came from outside the province thanks to Saskatchewan’s “Wild West” campaign finance laws which allow corporations to make unlimited donations to parties regardless of whether or not they’re actually based in Saskatchewan.

And according to Elections Saskatchewan records, one of the biggest sectors that donate to Moe’s Sask Party is oil and gas.

The Saskatchewan Party was largely built with Alberta oil money, according to a 2012 study by Canadian Centre for Policy Alternatives Saskatchewan.

“The Saskatchewan Party relies a great deal on the largesse of Alberta-based corporations, which constitute over 40 percent of their top contributors in the three years studied,” the study notes.

“Given the growing interest in Saskatchewan oil reserves by Alberta-based oil and gas firms, this level of financing from our western neighbour is probably not too surprising.”

“The problem is Saskatchewan and Alberta have been locked in this sort of arms race to the bottom,” CCPA-Saskatchewan Director Simon Enoch told PressProgress, adding that the two provinces are competing over “who can deregulate the oil industry fast enough, who can give away the most incentives, the most royalty breaks, things like that.”

“I would imagine that Alberta-based corporations are more than happy to see that arms race continue and lobby for that quite extensively.”

For example, the Canadian Association of Petroleum Producers (CAPP) donated $5,000 in last year. In April, CAPP lobbied the government for regulation changes in response to the COVID-19 crisis. The province responded by indefinitely suspending penalties for reporting leak and spills, greenhouse gas emissions and environmental protection data.

The Canadian Association of Oilwell Drilling Contractors (CAODC) donated $2,000 to Moe’s party last year. In 2020, CAODC lobbied the Saskatchewan government to change labour regulations to bring them in line with Alberta’s under Jason Kenney. Moe previously agreed to “harmonize” these regulations with Alberta.

Enbridge donated $8,700 in 2019 and, along with its subsidiary HiFi Engineering, the company lobbied the government 10 times in the last 18 months. Subjects included pipeline safety regulations, U.S/Canada trade and Indigenous relations.

While it is not always possible to draw a straight line between lobbying requests and government action, Duff Conacher of Democracy Watch argues government inaction can still benefit corporations.

For example, a 2018 CCPA study reported “more than 50% of respondents want governments to increase their protection of the environment even at the risk of harming industry.”

“You can help a business a lot through inaction, by simply failing to regulate them,” Conacher told PressProgress.

“When politicians say: ‘Look, what have I done for this company? Show me how this donation has influenced me, what actions have I taken that helped this company?’ Well, the action is doing nothing when people are calling for regulation.”