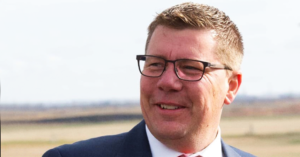 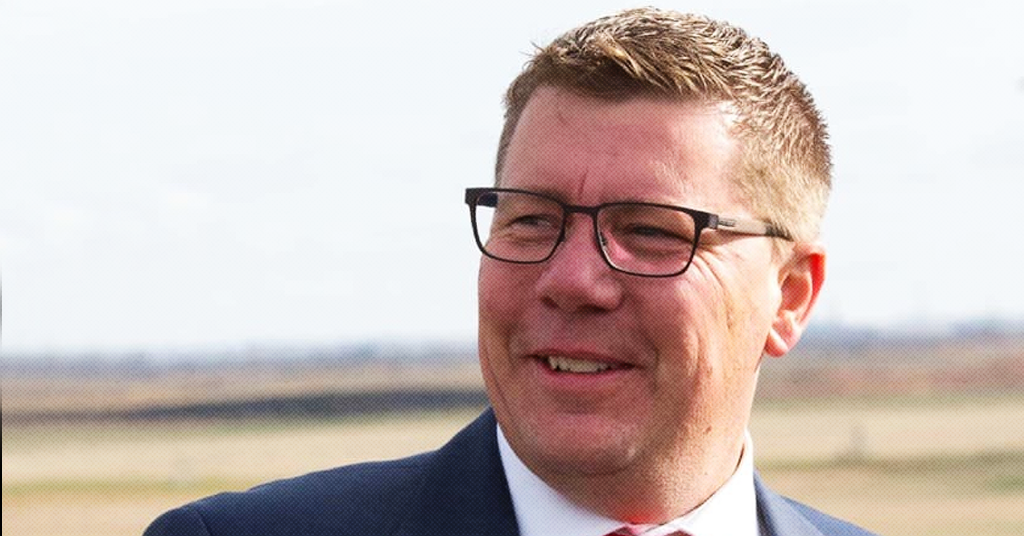 It turns out Brian from Estevan, an ordinary citizen who was recently celebrated by Saskatchewan Premier Scott Moe, is actually connected to a group that is lobbying Moe’s government to weaken the province’s labour laws.

This week, Moe shared an article on Facebook titled  “The Good News in 2020,”   presenting a local “entrepreneur” as a made-in-Saskatchewan success story showing just how “resilient” the province has been  in the face of a global pandemic.

“Entrepreneur Brian Crossman from Estevan reminds us just how resilient Saskatchewan people are,” Moe wrote. “In Brian’s words, ‘we got this!'”

One thing Moe didn’t mention is that the article he shared was published by an oil lobby group that has donated thousands of dollars to the Saskatchewan Party and is now currently trying to rewrite provincial labour regulations. 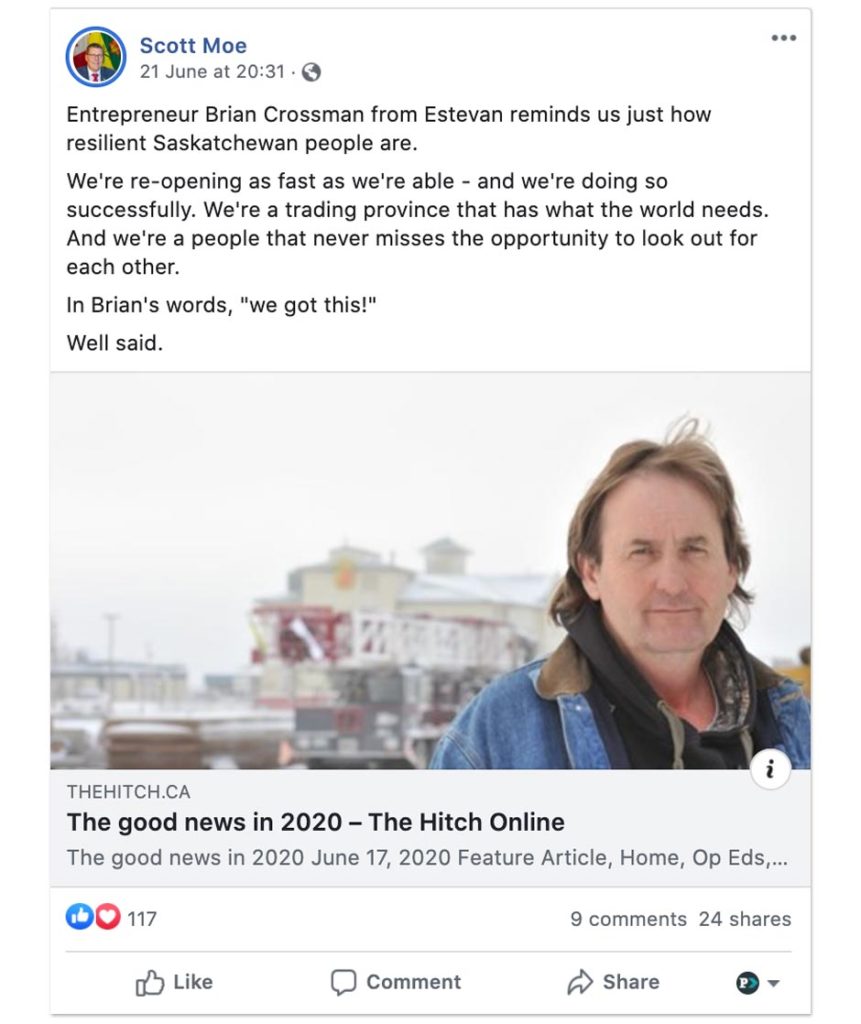 The article, published on theHitch.ca, is a publication of the Canadian Association of Oilwell Drilling Contractors (CAODC) and its author, Brian Crossman, is listed as a partner at Independent Well Servicing Ltd.

The article explicitly doesn’t mention the connection between theHitch.ca and the CAODC nor the CAODC’s connection with Moe’s governing Sask Party.

In fact, Brian from Estevan is no stranger to politics himself, recently testifying at a Senate Committee where he pushed against restrictions on oil tankers.

The CAODC has also recently lobbied the Saskatchewan government for changes to labour regulations, including:

“Advocating for the government to extend the three-year external Certificate of Recognition (COR) audit requirement to five years.”  The COR program ensures workplaces have adequate health and safety management systems.

“Advocating for the government to exempt service rig contractors from the Mandatory Entry-level Driver Training (MELT).” Service rigs are mobile drilling rigs that travel regularly from site to site, sometimes daily.  According to the CAODC, these rigs are on average 20 metres long, 4 metres high and weigh 50 tons. They are used in oil well remediation projects, including Saskatchewan’s Accelerated Site Closure Program.

The MELT program was introduced after the Humboldt highway crash that killed 16 people. MELT requires 121.5 hours of training and costs between $9,000 – $12,000.

“Advocating for the government to reduce and defer Workers’ Compensation Board premiums until 2021.” The WCB provides support to injured workers. Employers pay WCB premiums based on rates of injury. Last week, the WCB stated it will “prioritize payroll revisions to help employers reduce their premiums,” forgive interest for late payments and suspend payroll audits “until further notice.”

Many of the CAODC’s lobby requests to the Saskatchewan government are based on Alberta’s current exemptions exemptions for oil well service workers.

While it is unclear how many of CAODC’s requests have or will become policy, Moe did sign a Memorandum of Understanding to harmonize service rig regulations with Alberta in 2019.

In a statement to PressProgress, CAOODC confirmed lobbying the Government of Saskatchewan in February for changes  to Mandatory Entry-level Driver Training and Certificates of Recognition rules.

“Recently we have met with (the Government of Saskatchewan to discuss implementing an air brake endorsement in Saskatchewan, and also have regular meetings to learn how the ASCP will be administered.”

“We haven’t requested any policy changes with respect to the ASCP,” they added.

Just over a week before the federal government announced its $1.7 billion industry bailout to clean up inactive oil wells, provincial lobbying records show the CAODC met with the Saskatchewan government to push for exemptions to Workplace Safety and Employment Standards for oil well workers.

Independent Welling Services did not respond to requests for comment from PressProgress.