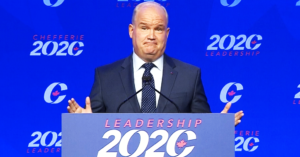 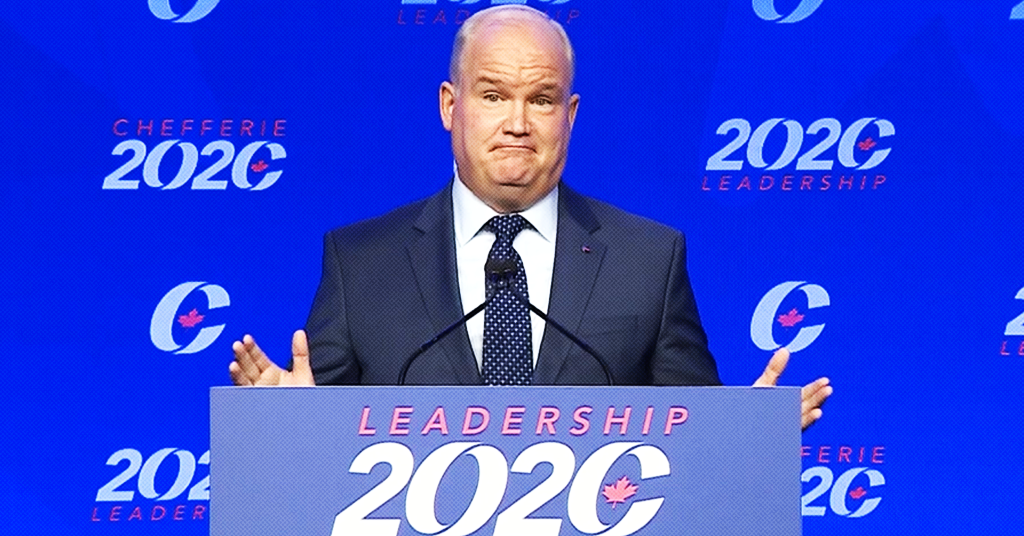 Erin O’Toole, a socially liberal Ontario Tory, promised social conservatives a ‘seat at the table’ in exchange for their support

Erin O’Toole is the new leader of the Conservative Party of Canada and the social conservative and hard-right factions of the party who helped put him over the top seem to think that’s good news.

In fact, O’Toole won because half of Lewis’ 60,000 supporters named him as their next choice over Peter MacKay.

And fully a third of them (20K) named neither of the top 2 frontrunners. That’s wild. https://t.co/aNovFNXb0O

Life Site News, a Canadian anti-abortion website, called the new Conservative leader “pro-abortion” but noted a leaked campaign video that showed O’Toole pleading with social conservatives for their second-choice votes, suggesting he is willing to make concessions on issues like conversion therapy or medical assistance in dying.

Campaign Life Coalition, Canada’s biggest anti-abortion group, claimed it swayed the outcome of the vote by recruiting over 26,000 new Conservative members and said social conservatives accounted for 35% of all votes cast.

“We expect that Erin O’Toole will ensure that social conservatives are respected and their values represented within the party going forward,” CLC said in a statement. “Everybody knows you can’t win a general election without your base.”

Another anti-abortion group, RightNow, claimed it recruited 10,000 members for the vote and said it was pleased O’Toole was upholding the same policy on abortion as former leader Andrew Scheer.

“Basically, for the pro-lifers in our party, they will know two fundamental things about me,” O’Toole said. “I value them in our party and I respect their important role in our movement.”

The Abortion Rights Coalition of Canada, an advocacy group in support of women’s reproductive rights, notes O’Toole’s has backed a number of key positions on the wish-lists of anti-abortion groups.

“Erin O’Toole wants healthcare workers to be able to deny treatment for personal reasons and would cancel overseas funding for safe abortion,” ARCC notes, adding that although he claims to be “pro-choice,” he “would allow free votes on private members’ bills on human rights issues.”

As Maclean’s recently noted, O’Toole’s 2020 strategy left the perception that he was allowing himself to be “co-opted by some of the darker forces within his own party.”

The campaign saw O’Toole issue warnings that Canadian history is under assault by “the insidious trend of cancel culture” and dog-whistled to the extreme far-right about the threat of “cultural Marxism.”

O’Toole fear-mongered about “illegal border crossings” by refugees and one of his slogans — “take Canada back” — was criticized for its xenophobic, Trump-like tone.

It’s time to stand up against Cancel Culture.

It’s time to stand up for our Canadian flag! ?? pic.twitter.com/Sd6w5yukj2

Despite his posture as a tough talking culture warrior, O’Toole’s past positions likely put him off-side with many hard right-wing supporters who would normally welcome xenophobic messaging or anti-cancel culture rants.

Before his latest leadership bid,  O’Toole repeatedly disavowed Ezra Levant’s “Rebel News,” stating that he refuses to engage with them because they’re not a “serious news source.”

“I stopped appearing on Rebel when they veered from journalism to divisive and dangerous theatrics and innuendo,” O’Toole tweeted last year. 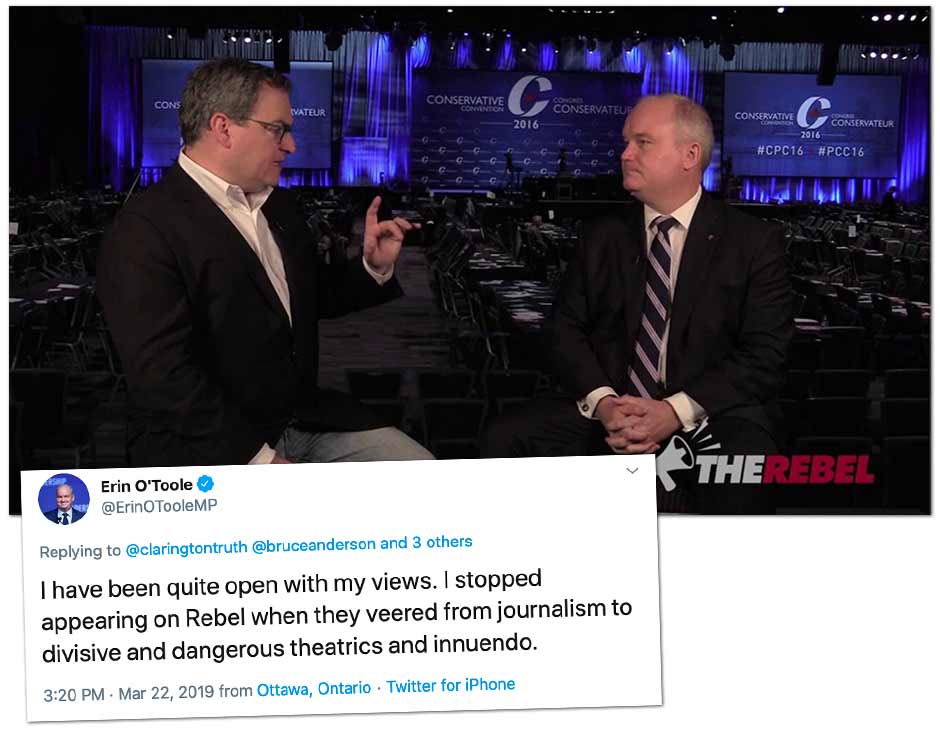 O’Toole’s sudden hard-right pivot followed his hiring of conservative political consultant Jeff Ballingall, creator of the Canada Proud Facebook page and one of the co-owners of the right-wing news website The Post Millennial.

On the same week as Ballingall was announced as director of his digital campaign, O’Toole released a video railing against “cancel culture,” one of the right-wing culture war topics relentlessly covered by The Post Millennial.

Earlier this year, Ballingall told the Toronto Star that he had been micro-targeting Facebook ads at Conservatives using a preexisting database of supporters, although he refused to say if those names were harvested from people who interact with his pages, such as Canada Proud, Ontario Proud or Alberta Proud.