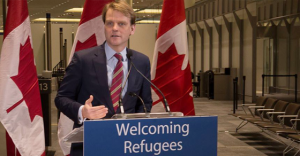 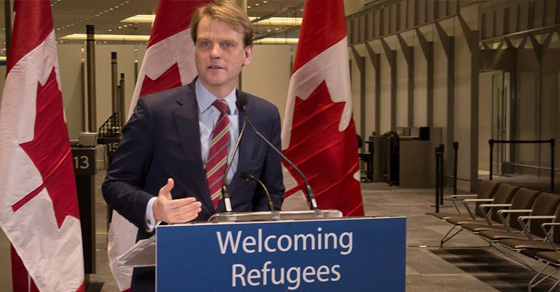 A Federal Court called it "cruel and unusual," and according to the Harper government's own internal polling, it looks like a majority of Canadians agree.

A Federal Court called it “cruel and unusual,” and according to the Harper government’s own internal polling, it looks like a majority of Canadians agree.

Fully 62% of Canadians said they agree refugee claimants should have the same health care benefits as Canadian citizens, says an internal poll prepared for Citizenship and Immigration Canada last fall but later disclosed under the Government of Canada’s communications policies. CIC awarded a contract to pollster Harris-Decima in August 2014 to “measure attitudes and perceptions” on issues relating to citizenship and immigration. The poll was conducted in September and delivered to CIC in October.

Why is the timing relevant?

Only a month earlier, the Federal Court struck down the Harper government’s controversial cuts to refugee health care.

In 2012, the Harper government made changes to the Interim Federal Health program that effectively denied health care coverage to some refugees in exceptionally vulnerable circumstances, including children, pregnant woman and cancer patients while also restricting most refugees’ healthcare access to bare basics.

The Court gave the Harper government four months to restore services. In November, health care services were partially and “temporarily” (and also reluctantly) restored for some refugees.

“We are doing this because the court has ordered us to do it,” Citizenship and Immigration Minister Chris Alexander said in November 2014. “We respect that decision while not agreeing with it.” And as it happens, that wasn’t the only question Alexander’s department was curious about.

As coincidence would have it, claiming refugees are getting VIP treatment was mostly the gist of Alexander’s messaging attacking the opposition. In November 2014, Alexander scolded the opposition for wanting to give “bogus claimants better health care than Canadians actually get.”

In her ruling, Justice Anne MacTavish further underlined the absurdity of the Conservatives’ argument as it assumes people fleeing war zones can “simply return home and get the health care that he or she needs in her country of origin.”

MacTavish also had choice words for the Conservative government’s nativist rhetoric on refugees:

“It puts their lives at risk, and perpetuates the stereotypical view that they are cheats, that their refugee claims are ‘bogus,’ and that they have come to Canada to abuse the generosity of Canadians. It undermines their dignity and serves to perpetuate the disadvantage suffered by members of an admittedly vulnerable, poor and disadvantaged group.”

The results of CIC’s internal poll are even more striking when responses are broken down by age. Even among the 65+ age group where support was lowest, a plurality of respondents (53%) agreed refugees should receive the same health benefits as Canadian citizens.