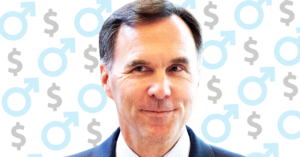 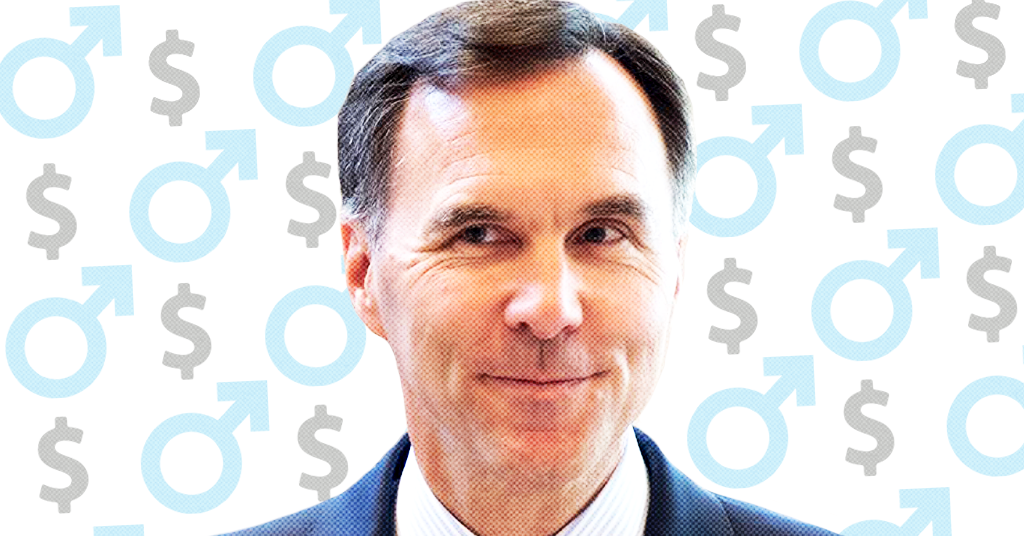 Despite aspirational rhetoric about “gender equality” and a pledge to apply a  “gender-based” lens to tax and fiscal policy, four years after taking office, most of Canada’s biggest tax giveaways still overwhelmingly benefit wealthy men.

“Gender equality is not only an issue for women and girls,” Prime Minister Justin Trudeau said in a statement last year reiterating “Canada’s commitment to gender budgeting.”

“All of us benefit when women and girls have the same opportunities as men and boys—and it’s on all of us to make that a reality.”

But according to a new study by the Canadian Centre For Policy Alternatives, men continue to see the biggest gains from tax deductions, credits and loopholes.

The study of Canada’s 45 leading tax expenditures (including tax deductions, credits, breaks and loopholes) found only eight pay out more to women than to men.

Of the five that benefit men most, a notable case is the stock option loophole. Stock options are a common form of compensation for corporate executives, with income gained through stock options taxed at only half the rate of regular employment income, costing the federal government $755 million annually.

While the granting of stock options isn’t taxed, the income gained is and, more galling, it is taxed at about half the rate of regular employment income. 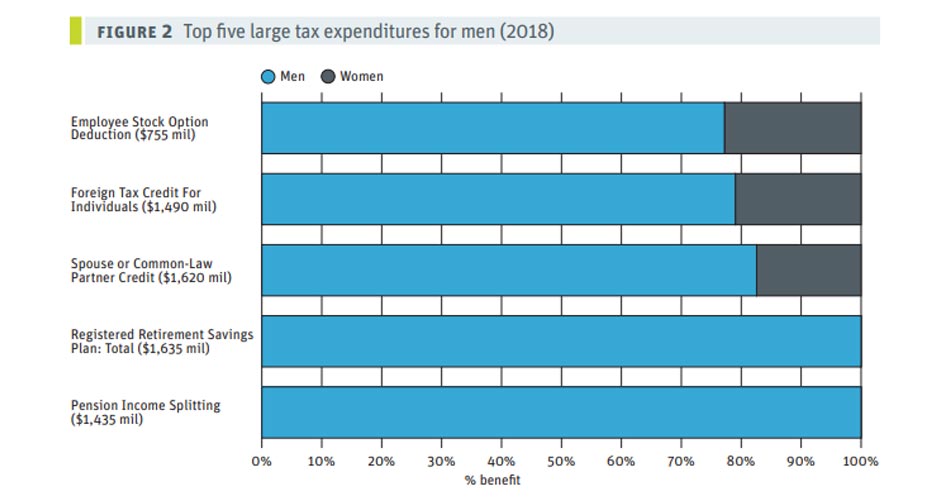 Canada’s worst tax loopholes have long benefited the wealthiest while costing the public tens of billions of dollars every year.

At the other hand end of the spectrum, four of the tax expenditures most skewed toward the richest Canadians are also the ones most skewed toward men. The capital gains inclusion rate missed being in the top five list for males by 1.4 percentage points. That tax expenditure provides 87% of its benefits to the top 1% of Canadians, making it one of the most unequal when seen through an income lens.

Here are a few more:

As well, the study notes that since there tends to be higher rates of poverty among women than men, expenditures that go towards helping low-income earners would do more to promote gender equality.

Three of the tax expenditures of most benefit to the bottom half of Canadian adult income earners are also among the most skewed toward women. This should not be surprising given women’s higher levels of poverty and overall lower salaries. But it is a reminder that closing the gender pay gap is only one part of a bigger picture, albeit an important part, for improving the lives of women across Canada.

The non-taxation of the Guaranteed Income Supplement (GIS), non-taxation of social assistance and the refundable medical expense supplement, pay 60%, 77% and 59% of their benefit respectively to women.

Among seniors, women have a higher poverty rate, which makes them more likely to benefit from the GIS. Women also more frequently receive social assistance payments—in the form of child benefits in single-parent families, for example—and therefore benefit most from that tax credit. As mentioned already, the refundable medical expense (versus the non-refundable version) pays out slightly more to women due to their lower incomes and longer lifespans.

This trend holds true when looking at how tax expenditures and transfers benefit men and women to different degrees. 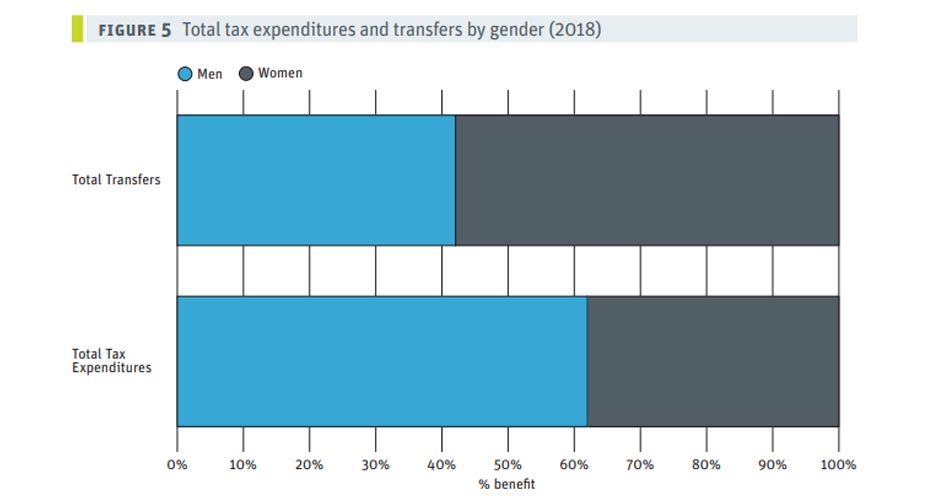 Meanwhile, another recent report from the CCPA noted that Canada’s gender gap continues to grow: