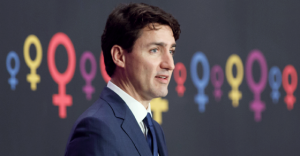 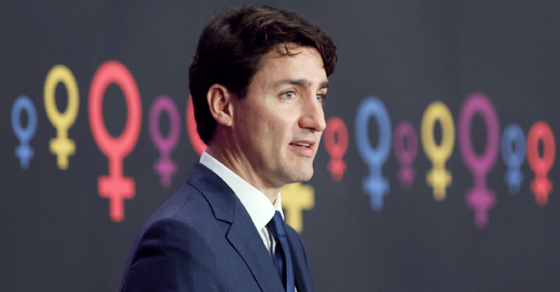 Finance Minister Bill Morneau is "very proud" of the new approach – but does it deliver?

The Trudeau government portrays it as a historic step, but take a closer look at the details.

One new feature in Budget 2017 that Finance Minister Bill Morneau was “very proud” to highlight is “Canada’s first ever Gender Statement,” touted as an “important step towards gender equality.”

Policy choices “produce different outcomes” for different people, the budget explains. And to address that problem, the government says it’s “committed to completing and publishing a gender-based analysis of budgetary measures”:

“Gender-based analysis (GBA) identifies the ways in which public policies affect women and men differently. It does so through a systematic use of data to better tailor the design and delivery of government programs. Recently, this tool has evolved into GBA+ to include the intersecting identity factors that must be considered in public policy along with and in relation to gender (e.g., ethnicity, age, income, sexual orientation).”

Good idea, but just one thing — the government doesn’t quite deliver on its own stated goal.

1. The government says it doesn’t have enough data, and they don’t explain how they plan to collect more data

Despite suggestions that “the entire federal budget has been put through a gender-based analysis,” Budget 2017 states that this was not actually possible since “there remain many areas where data is not readily available.”

The budget suggests this is something they’re working on, noting that through “better reporting” and “more data” they will have “more opportunities to consider the gender impacts of projects, leading to decisions that result in better economic and social outcomes and greater gender equality” in the future.

2. They confess it’s not a very “in-depth analysis”

Where Budget 2017 does discuss gender, it doesn’t go very deep.

There’s little to no discussion of the impact of new policies according to gender — although the budget does rattle off statistics offering a general “snapshot” summarizing a variety of challenges facing women.

Strikingly, the budget goes out of its way to define “what success will look like” in a number of areas, but doesn’t explain what “success” looks like when it comes to applying a gender-based analysis or tackling issues like closing the gender wage gap.

The budget’s section on “tax fairness for the middle class” doesn’t offer a detailed breakdown of how the benefits of tax measures are distributed differently to women compared to men and it doesn’t offer any suggestion on what “success” might look like when it comes to taxes and gender too.

It does, however, offer general statistics on how many women in Canada filed taxes last year.

3. Their analysis doesn’t look at how “intersecting identity factors” lead to “different outcomes”

But aside from general observations about issues facing women of different backgrounds, the budget does not offer an intersectional analysis of how budget measures may or may not produce different sets of outcomes.

Michele Biss of Canada Without Poverty says the budget’s Gender Statement “provides a strong framework” by recognizing the United Nations’ Convention on the Elimination of All Forms of Discrimination Against Women, but adds that it falls short of acting on its call to recognize intersectionality.

Even Status of Women Canada’s “checklist” offering guidance on the government’s own “Gender-Based Analysis Plus” approach to policy advises bureaucrats against “oversimplifying diversity”:

“When conducting GBA+ it is important to understand the complexity of different aspects of identity or different socio-economic factors. For example, research that does not distinguish between the experiences of diverse Aboriginal women (including Inuit, Métis and First Nations, on and off-reserve) could mask important differences.”

We might just have to wait until next year for all that.

Morneau’s prepared remarks note that “we look forward to feedback on this first effort” and hope to build that into “future budgets.”