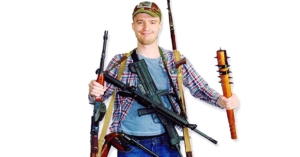 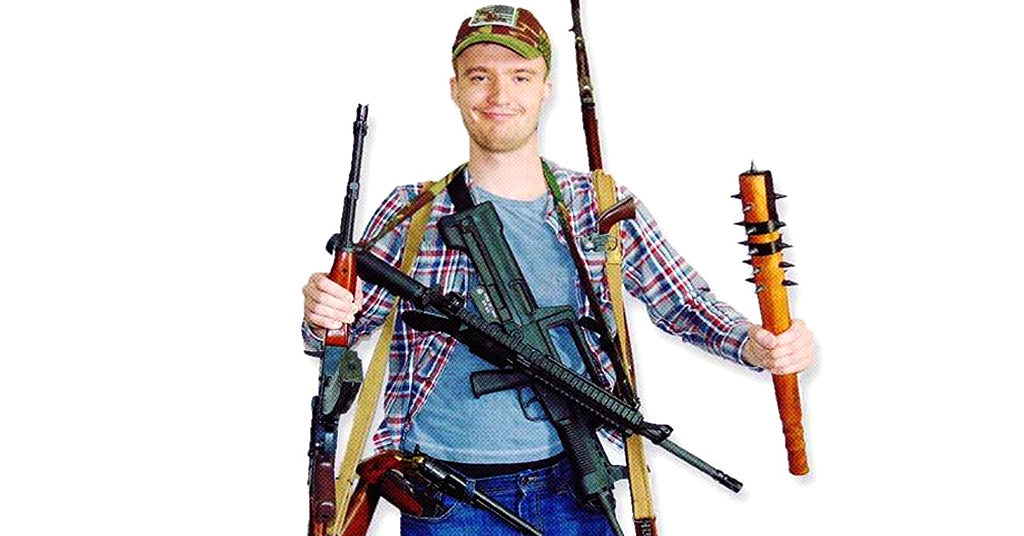 Rhodesia figures as a coded symbol for white nationalists – Dylann Roof, a white supremacist who massacred nine people at a black church in Charleston in 2015, was infamously photographed wearing a Rhodesian flag on his jacket.

According to Ricochet, the “assistant general manager” of Fireforce Ventures is Adam Strashok, a former Kenney campaign worker who also goes by the online pseudonym “Alexei Kuznetsov.” 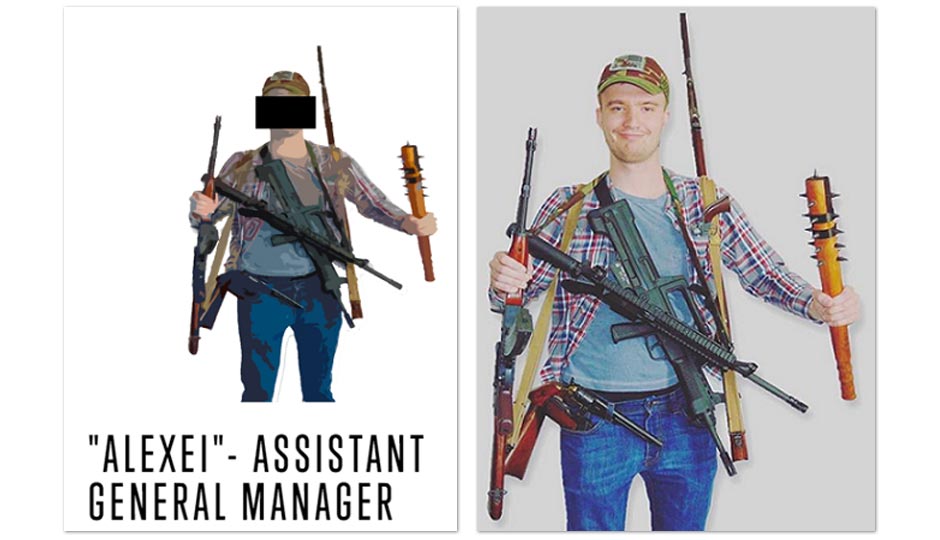 Strashok is a conservative activist who served as an executive in a University of Calgary’s campus conservative club, attended events at the right-wing Manning Centre and worked as a staffer for Conservative MP Bob Benzen.

In 2017, Strashok was the “call centre leader” for Jason Kenney’s UCP leadership campaign , managing and training a team of 15 volunteers to help secure Kenney’s victory as UCP leader. 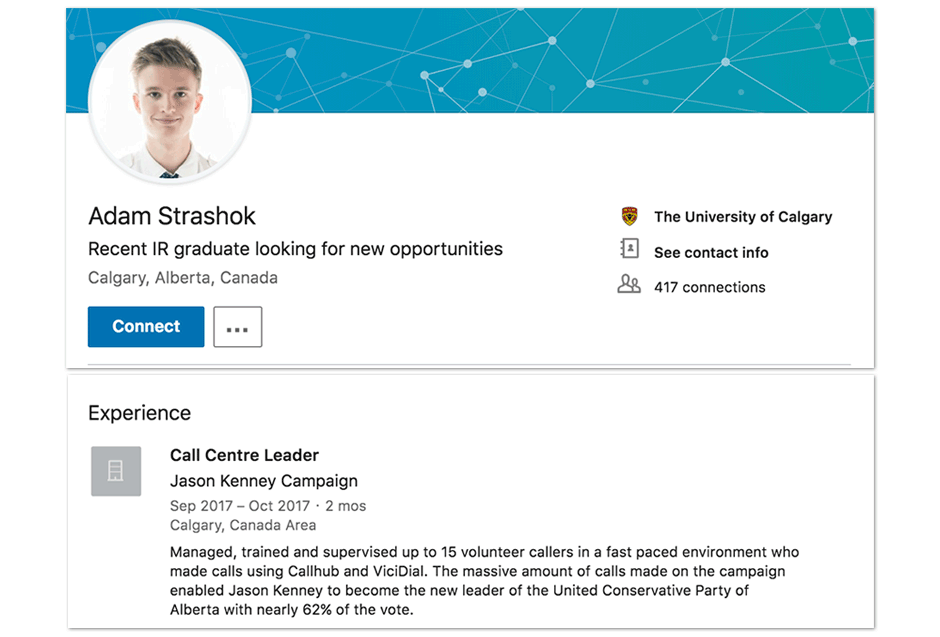 His YouTube username (“Guynumber7”) was also used by Strashok on a gun message board, on Reddit to promote Strashok’s gun club and, according to Ricochet, used to post anti-Semitic slurs on a leaked neo-Nazi chat server.

The same username was used on Gab, an alt-right social media platform, belonging to “Alexei Kuznetsov,” a fake name Strashok has used to post anti-Semitic and white supremacist messages on Facebook.

Strashok’s fake Facebook account uses a frog emoji as its avatar and features dozens of photos of Strashok tagged under Kuznetzov’s name, including photos of the young conservative activist at a gun range with Conservative MP Michelle Rempel and dining at the Manning Centre’s Calgary headquarters. 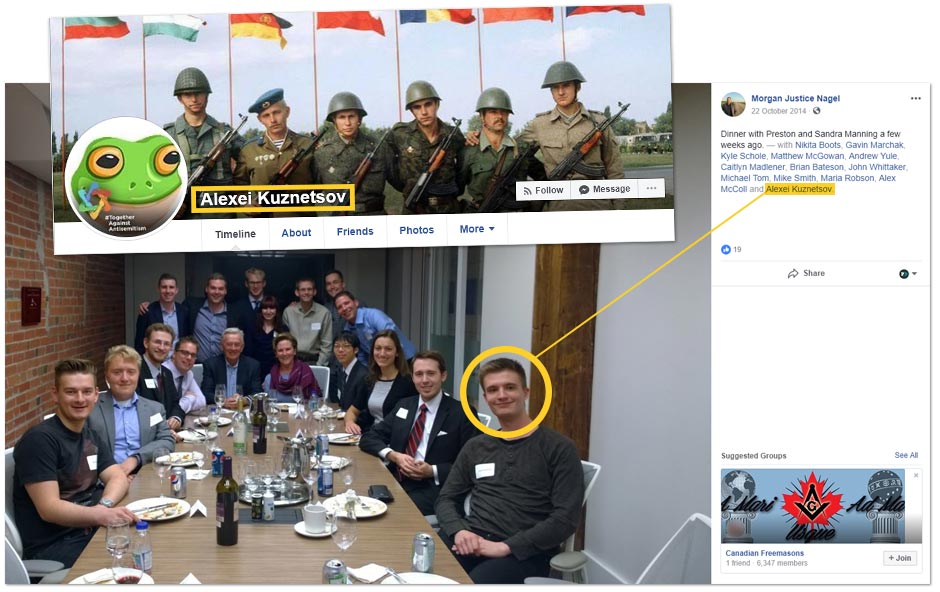 Strashok’s fake Facebook account has been prolific in posting on anti-Semitic and white nationalist themes – both before and after working in Kenney’s call centre.

Facebook postings documented by PressProgress show Strashok posted comments mocking Jews and the Holocaust. He also praised a man who went on a racist tirade in a Calgary grocery store.

In a posting on the wall of the leader of the white nationalist Cultural Action Party, Strashok wrote: “Human rights commissions are anti-white institutions that need to be destroyed.” 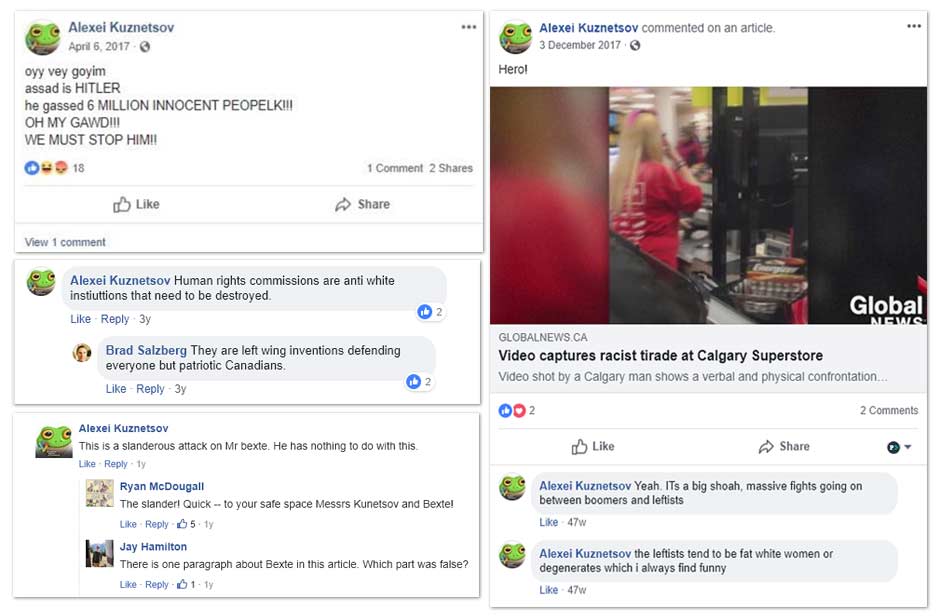 The ex-Kenney campaign worker also posted on the wall of the white nationalist page using his real “Adam Strashok” account too.

In various postings, Strashok suggested “migrants” are leading to the “Islamification” of the world and called Christians who help refugees “cucked.” 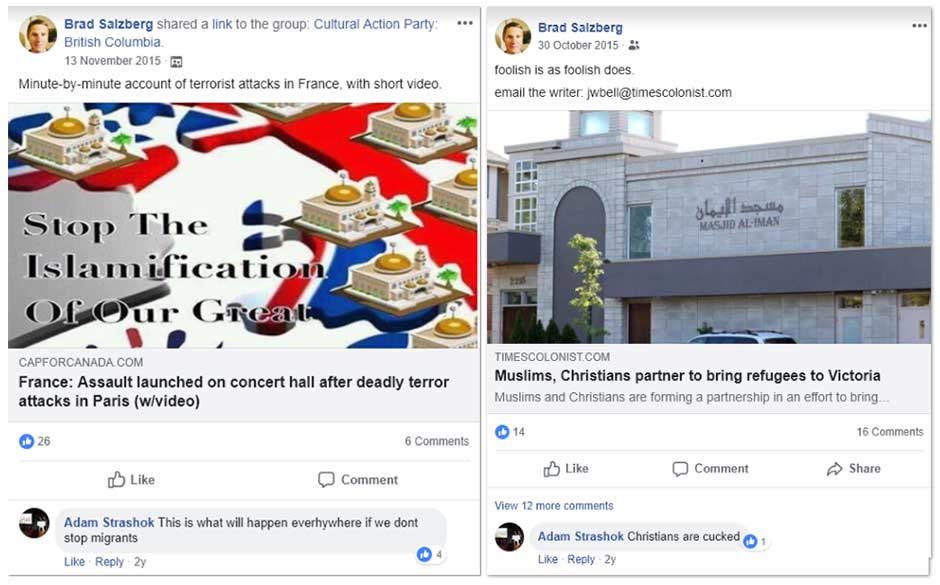 Last fall, just weeks after wrapping up his work on Kenney’s leadership campaign, Strashok used his fake account to encourage online harassment against the  University of Calgary’s Women’s Studies and Feminists Club after the club posted about white supremacist flyers in Toronto. 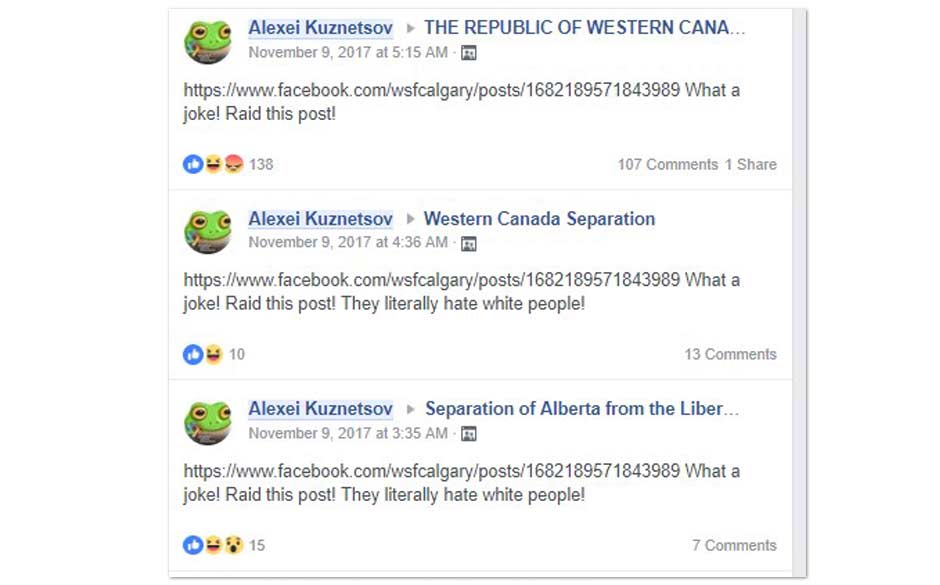 Strashok and Bexte were both executives on the Wildrose on Campus club that made national headlines after someone using the fake name “Robert McDavid” sent a mass e-mail titled “feminism is cancer” to promote an alt-right film.

Strashok was later a member of the University of Calgary’s campus conservative club, which recently made national headlines after PressProgress revealed a UCP nomination candidate attempted to fund an Instagram account that shares Nazi memes that was run by a U of C young conservative. 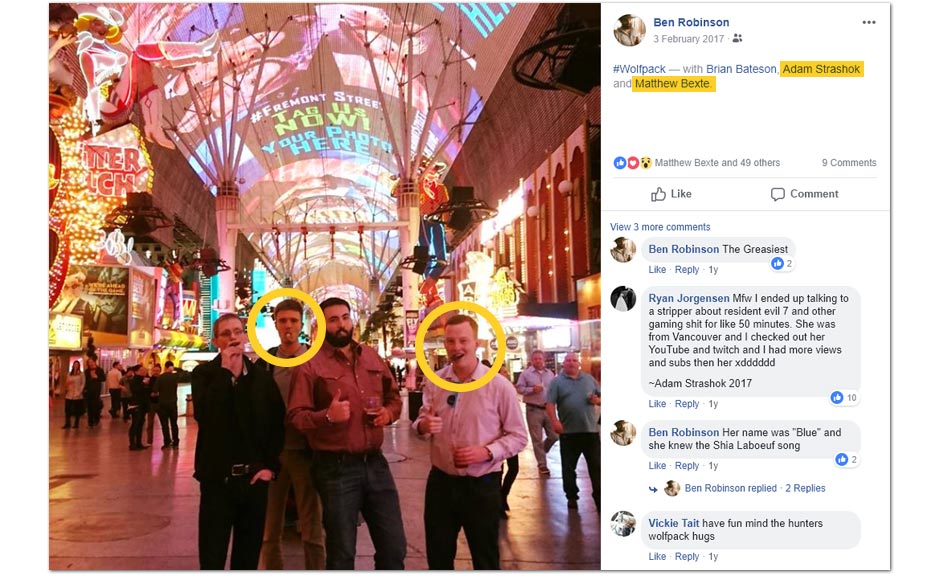