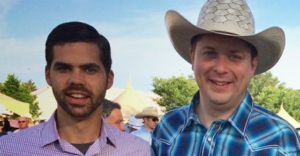 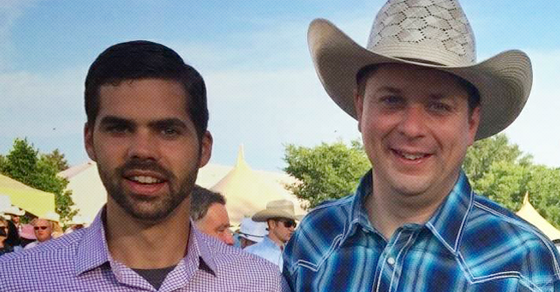 Philip Schuman, who is seeking the UCP nomination for Alberta’s provincial riding of Calgary-Glenmore, told PressProgress he was unaware the Instagram account was a “platform for hate speech” when he offered to connect the group with “older, wealthier people” who could help finance the alt-right Instagrammers.

PressProgress obtained a private message between the UCP nomination candidate and the administrators of “Rightwingism,” a locked Instagram account that requires administrators to approve members before they can view its alt-right content.

In a recent private message to the administrators of the alt-right Instagram account, Schuman asked if they would “benefit from receiving some funding?”

“I have been talking about your account a lot as part of my political campaign,” the UCP nomination candidate said, adding that he’s “met some older, wealthier people that would be interested in helping you out.”

“Your account brings hope to a lot of older baby boomers that think that the younger generation is a lost cause,” Schuman concludes. 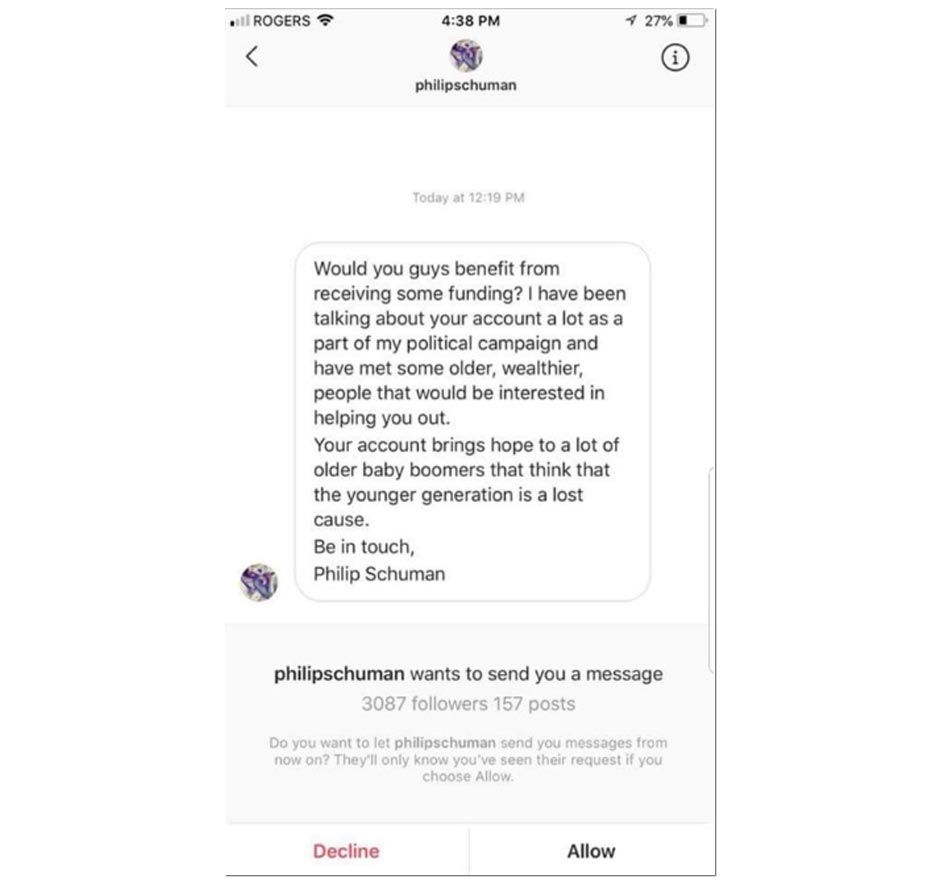 “This account is run by many administrators, some of whom have abused it as a platform for hate speech,” Schuman told PressProgress.

“I categorically condemn all forms of hate speech.”

Schuman explained that the reason he didn’t realize he was offering to help fund a “platform for hate speech” is because he only looked at “the stories that this account publishes, not the posts.” He claimed “there is so much content that I have been unable to stay on top of it all.”

Schuman also said he offers to “help any conservative Instagram page that I find,” adding “had I known about the content, I would never have offered.”

The UCP nomination candidate did not respond when PressProgress asked for the names of the “older, wealthier people” who were interested in financing the alt-right Instagram account.

Schuman was actively following the alt-right Instagrammers on his own personal account until Wednesday morning when he suddenly “unfollowed” the account. 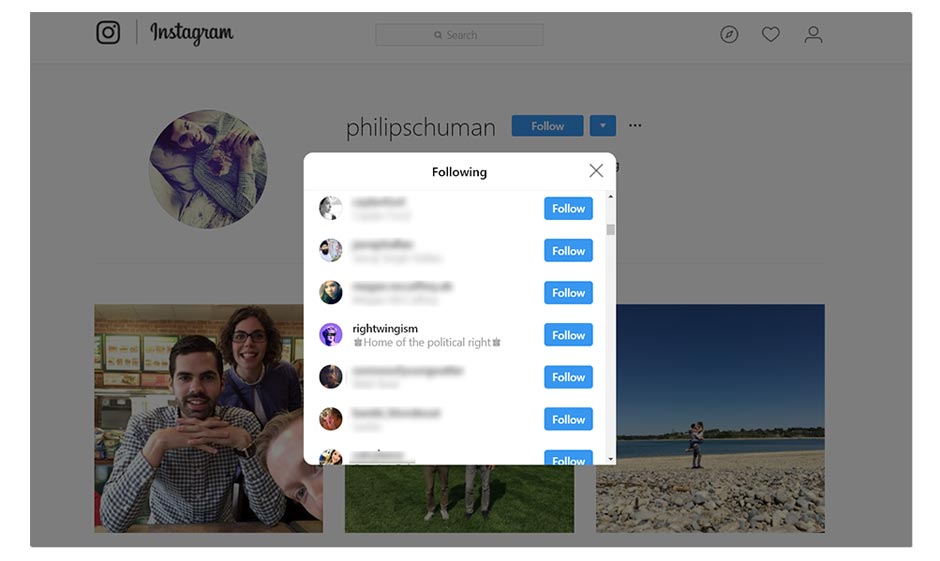 “Rightwingism” is an alt-right Instagram account with over 50,000 followers that was created by a Canadian man who goes  by the name “Les.”

The account’s bio describes its ideological orientation as nationalist, authoritarian, traditionalist and conservative – self-identifiers used often by the alt-right. 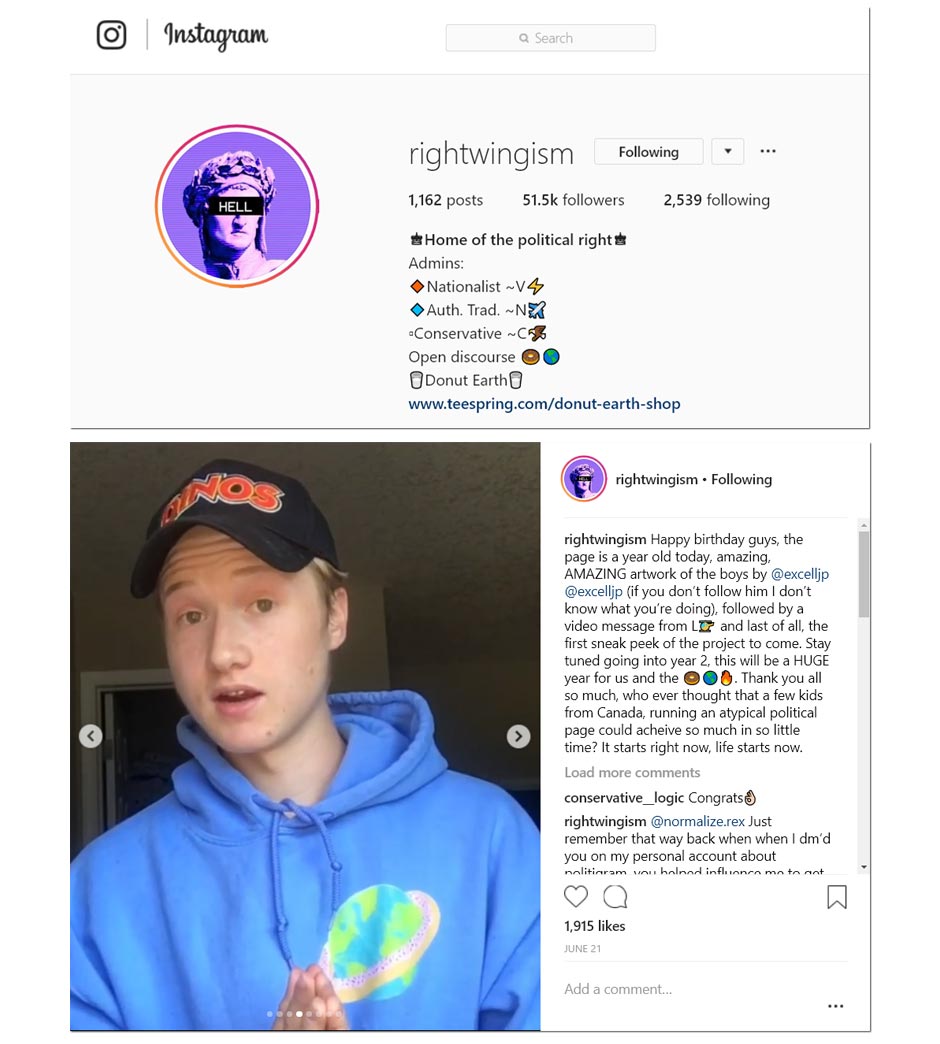 To date, the alt-right Instagram account features over 1,100 posts, most of which are memes riffing on overtly racist, anti-Semitic and homophobic themes.

Many of the Instragram account’s memes target refugees, Muslims, Jews, LGBTQ, or  glorify Hitler and Nazism. 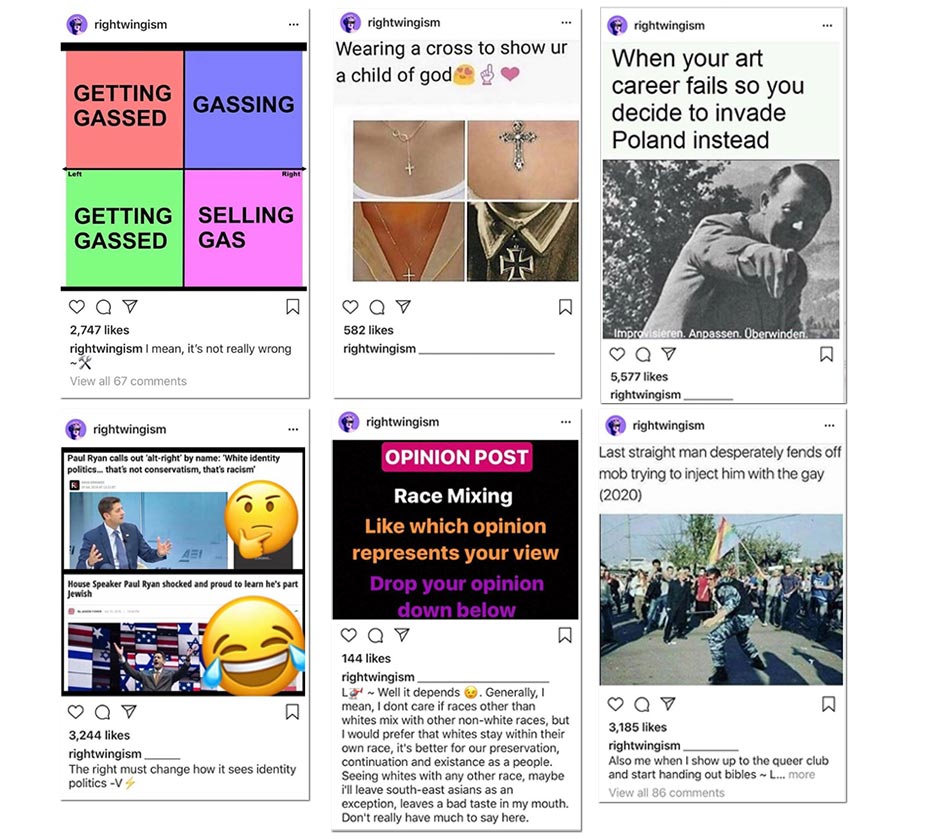 Schuman noted he has “many friends in the Jewish community” and said he has asked them to supply PressProgress with “character references.”