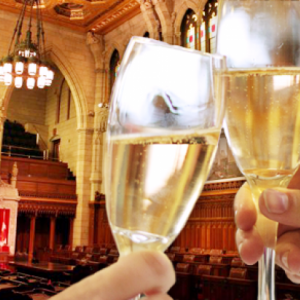 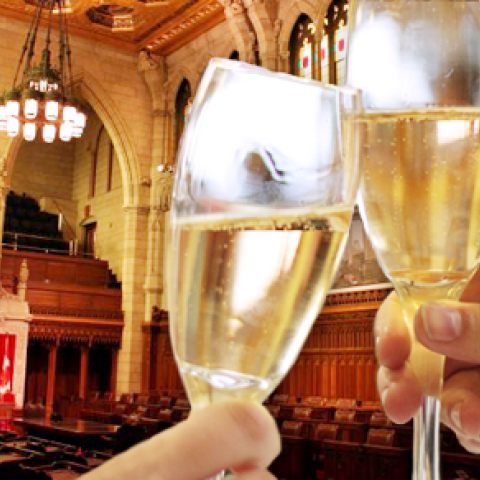 “Ice-cold Camembert with broken crackers” — could Marie Antoinette have said it any better herself?

Senator Nancy Ruth set off a firestorm on Twitter Thursday after explaining to reporters that it was perfectly fair to expense breakfast after a morning flight because the “ice-cold Camembert with broken crackers” served in executive class just doesn’t cut it.

She made the comment after news surfaced that the Office of the Auditor General’s large-scale forensic investigation into Senate reimbursements is taking a closer look at the expense claims of 44 senators appointed by both the Liberals and Conservatives.

Now “the peasants” of Twitter are ridiculing the decadent lifestyles of Canadian senators. Here are the top 15 #SenateProblems:

I can only submit my travel claim once?! #SenateProblems

The six figure salary I get for working 70 days a year is nothing compared to what I made on Bay St. #SenateProblems #SelflessPublicService

Would you care for some w(h)ine (and a side of Senate salary + pension) with that (ice-cold) Camembert? #SenateProblems

I can’t figure what to do with senate, so in the meantime I won’t abolish it. #SenateProblems #HarperProblems #canpoli

I need to know precisely which cow provided the milk for my Pumpkin Spiced Latte. A taxpayer-funded inquiry should suffice. #SenateProblems

I couldn’t figure out how to open the door to the taxi cab: had to take a limo #SenateProblems

Discipline idea for entitled senators claiming expenses: only allowed to eat cold Kraft Singles for the rest of their lives #SenateProblems

New York City IS a province. Isn’t it? #SenateProblems

The fact that it exists. #SenateProblems

My job is obsolete and I’m a relic of a bygone age. A warm breakfast is all I have in this world. #SenateProblems

You’re not even elected, but the peasants are still allowed to make fun of you on Twitter! #SenateProblems