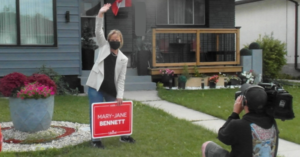 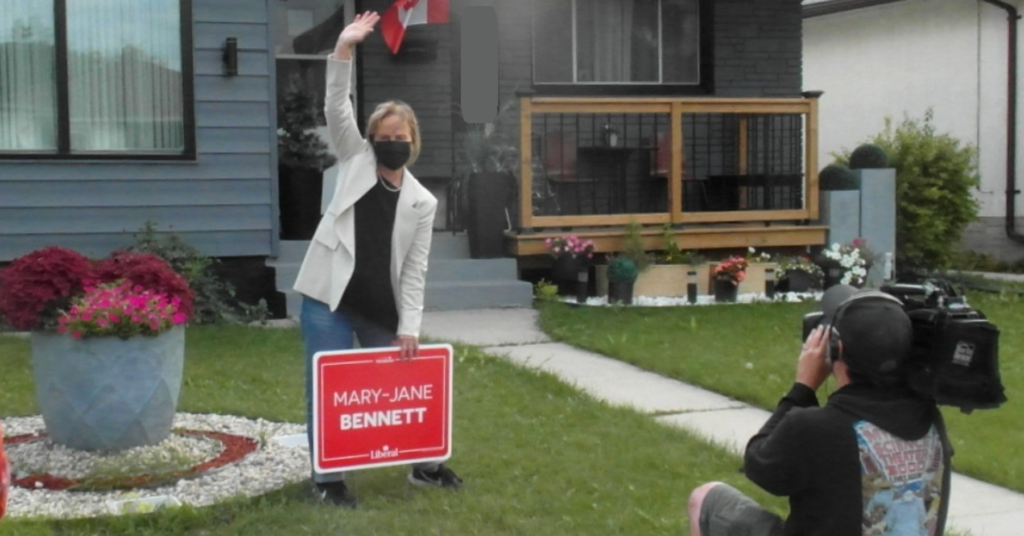 One of Justin Trudeau’s Liberal candidates spent nine years advocating for the privatization of Canada’s airports while working with a controversial right-wing think tank that has promoted anti-scientific views on climate change and dismissed the stories of residential school survivors as a “myth.”

Mary-Jane Bennett, Liberal candidate in the Manitoba riding of Kildonan Kildonan—St. Paul, says she still stands behind her work for the Frontier Centre for Public Policy advocating for the privatization of Canada’s airports but distances herself from other experts at the right-wing think tank.

Until last year, the Liberal candidate was listed as a senior fellow at the Frontier Centre for Public Policy.

In 2018, the Frontier Centre made national headlines after running radio ads dismissing findings that residential schools violated children’s rights as a “myth.” The right-wing think tank based the radio ad on a report from one of their researchers criticizing the media for “sensational” stories about “helpless young people tormented physically and sexually” at residential schools.

Between 2010 until 2019, Bennett has published dozens of articles and reports with the Frontier Centre calling for wider deregulation and privatization, including the privatization of airports.

The Liberal candidate previously served on the board of the Canadian Transportation Agency from 1998-2007, an appointee under the former Chretien Liberal government.

Twenty-six of Canada’s airports, including the eight largest, sit on publicly-owned land and are managed by Local Airport Authorities on an explicit not-for-profit basis. Bennett suggested opening the operation of those airports to international investors to be run for-profit.

In 2012, Bennett authored a report for the Centre titled “Airport Policy in Canada,”  which argued: “The model best suited to the growth of airports and the economic growth of Canada is a privatized airport model.”

In 2013, Bennett reiterated this in a Postmedia op-ed titled “Canada’s airports must privatize to improve” to promote her Frontier Centre research. In that article, the Liberal candidate encouraged the Canadian government to follow the path of former right-wing UK prime minister Margaret Thatcher as “privatization’s poster child.”

In October 2016, Trudeau’s Liberal government tapped Credit Suisse AG, one of the world’s largest investment banks, to study several privatization options for Canada’s eight airports to “entice international investors.” Several early board members appointed to the Canada Infrastructure. A 2017 parliamentary committee repudiated calls to privatize the airports, warning it would mean “rising passenger and operational costs” in order to generate profits for those prospective investors.

In September, 2019 — well after Frontier Centre was denounced for its radio ads about Residential Schools — Bennett authored an article for a right-wing website called Troy Media titled “Privatization would allow Toronto’s airport to reach new heights” which identified the Liberal candidate as “a senior fellow with the Frontier Centre for Public Policy.”

The article read: ‘Ottawa’s plan to sell Canada’s airports appears to have been shelved, at least for now. That’s too bad.” Noting airports’ “non-profit model makes borrowing difficult,” Bennett argued “Privatization of Pearson is needed and could spur real reform.” 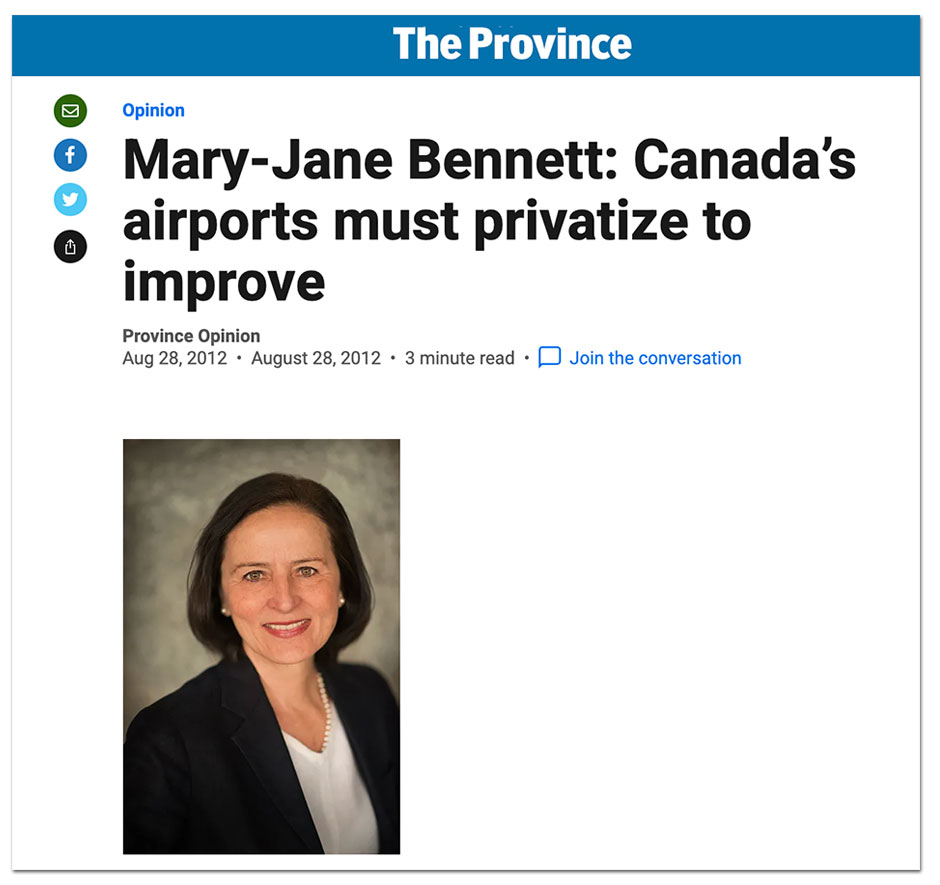 Bennett did not say if she would support privatizing airports as a Liberal MP, but described herself to PressProgress as a “fierce advocate for making transportation more affordable” and is fighting for “policies that would make Canada’s air market more competitive globally.”

The Liberal Party of Canada did not respond to requests for comment from PressProgress.