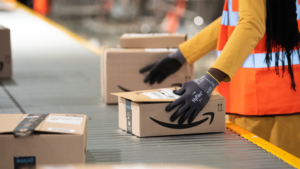 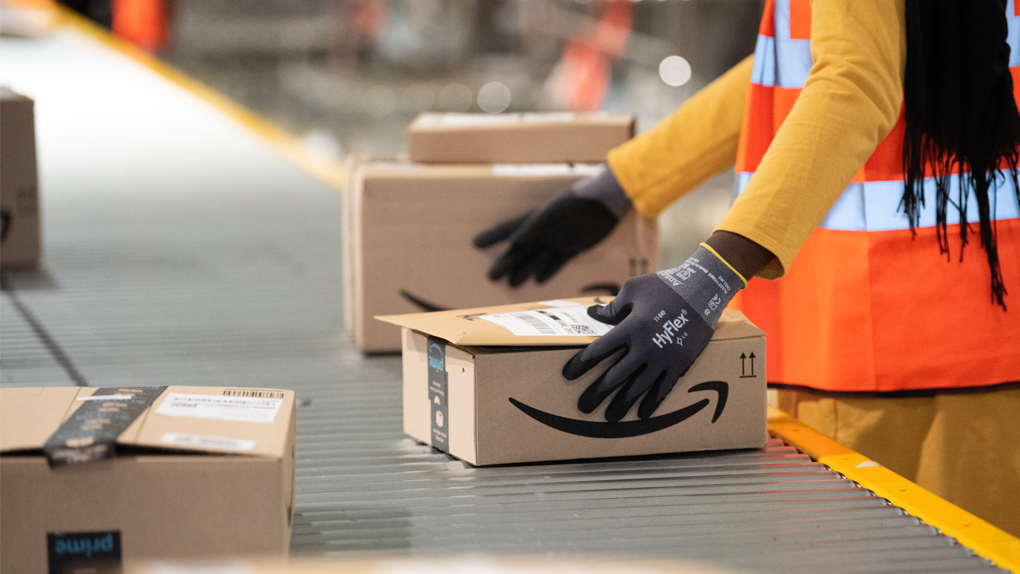 This article is more than 6 months old
New

Workers in Amazon’s Canadian warehouses are using automated technology that could lead them to getting fired if they fail to meet constantly shifting targets that are tied to data collected from devices Amazon uses to scan boxes.

Information about how this productivity surveillance software works and how it is used to “automatically” identify workers for “termination” is detailed in leaked Amazon Fulfillment centre operations “wiki” documents newly obtained by PressProgress.

The internal wiki includes an FAQ explaining how Amazon’s “ADAPT” system works — the name the company uses for its digital productivity and performance monitoring system.

Daniel, an Amazon worker who spoke to PressProgress on condition of anonymity, said his workday begins with a “fast start” – the first scan of the day. Between that “fast start” and the first break, workers’ aggregate scans (their “rate”) and their time between scans (known as ‘time off task’) is closely monitored by Amazon management.

“They track your aggregate scans and your space between scans,” Daniel said.

Amazon sets high targets for its workers. Failure to meet these targets, documents suggest, could result in “termination.”

“If you’re below rate, there’s gonna be someone who will come up to you,” Daniel explained. “You’re scared of getting fired but the threat doesn’t have to be that immediate for there to be that pressure.”

In a statement to PressProgress last year,  Amazon confirmed: “We have performance expectations for every Amazonian – be it corporate employee or fulfillment centre associate and we measure actual performance against those expectations.” This time, however, Amazon Canada did not respond to multiple requests for comment.

Many of Amazon’s workers have long complained that the pressure to scan items and process orders pushes them to neglect safety. And, the company’s expectations aren’t set expectations, they are constantly shifting.

Currently, Daniel said, he’s expected to scan up to 170 boxes per hour. But, he said, other workers appear to have different targets at different times. “The target is opaque,” Daniel said. “It seems to change between warehouses.”

“When I was picking, the guy who trained me said ‘try to do 300, try to do 350, the rate is 400.’ Later, I heard the rate is 450,” said Alex, who works for Amazon at another one of the company’s fulfilment centres. “The rates are high, they’re arduous and they lead to a lot of physical strain.”

Leaked operations documents, obtained by PressProgress appear to show Amazon sets its productivity targets not only to constantly shift — but also to penalize a section of its workforce.

Amazon’s expectations of how fast warehouse workers should scan boxes is data-driven. The company’s productivity targets are tied to the speed at which 75% of the warehouse’s fastest workers move and typically excludes data from the slowest 25%.

“Productivity and quality expectations” are based on “associate performance,” the document explains. Measured in “units per hour” and defects per scans, the average is set “where 75% of associates are performing at or above the level.”

Workers in the bottom 5%, are “eligible for quality corrective action” – starting with “written warnings.” The third warning, is “delivered as the final written warning.” After that? The document states that the system can “progress to termination.”

“Oftentimes, only one or two people are actually hitting the target,” Alex said. “And to hit the target you basically can’t go to the washroom, stretch or have problems with your equipment – which are very common.”

“You’re never able to shut off that voice in your head that’s telling you ‘you’re not working fast enough’. It’s always there,” Daniel said.

“Most workers complain that rates they push for are physically demanding and usually lead to strains, aches and injuries,” Warehouse Workers Centre organizer Gagandeep Kaur told PressProgress. “The auto termination process at Amazon validates claims that the company treats its workers not as humans but as machines.”

Since 2019, Amazon has added “high achievement games” to the productivity monitor — to encourage workers to move faster. The games have names like MissionRacer, PicksInSpace, Dragon Duel and CastleCrafter.

“They have this extra monitor now in every Pick Station, it’s this animated game simulator. One is a dragon quest thing, another is a space game. The more you pick, the more you progress in the game. I don’t know how much money they spent on that but every station has one.”

But Alex said it hasn’t made the monitoring less stressful. Mostly, he said, “people leave the games on the ‘start screen’.”