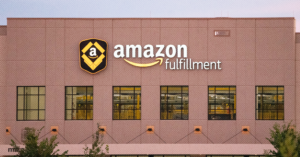 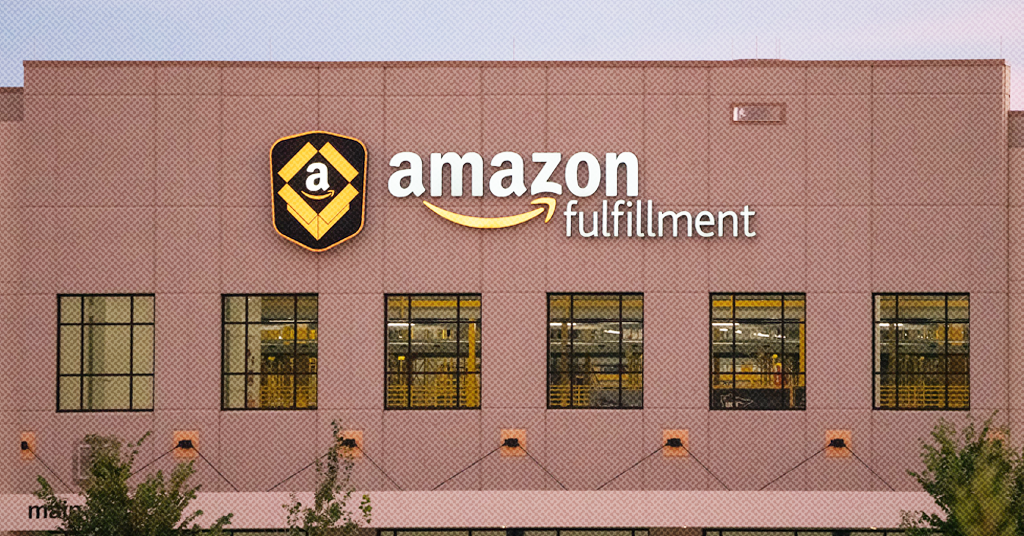 “If warehouse productivity is prioritized over these basic measures, you are more likely to have outbreaks of COVID-19 in these warehouses”

The hi-tech surveillance system that tracks the productivity of workers in Amazon’s Canadian warehouses could pose a “public health hazard” during the coronavirus pandemic, warn a number of public health and labour experts.

Technology that tracks each second of a worker’s shift may sound like something out of a science fiction novel, but it’s a lived reality for thousands of workers who show up for shifts at Amazon’s Canadian warehouses every day.

“Time Off Task measurements monitor any time away from regular work tasks,” University of the Fraser Valley professor Fiona McQuarrie told PressProgress. She said Amazon has been known to make workers “clock in and out” to go to the washroom.

Amazon workers who spoke to PressProgress said the surveillance technology closely monitors all their productivity down to the second.

“Every second you’re not scanning an item you are accumulating TOT,” one worker named Caroline at Amazon’s Bolton, Ontario warehouse told PressProgress.

“You have seconds on your scanner that count down — the number of seconds they expect you to take to scan the next item. And when those seconds run out, it starts accumulating Time Off Task.”

“There’s a general atmosphere of fear and anxiety around it, people are pressured to hit that TOT target,” they said. “In your contract, it says you can be fired whenever.” 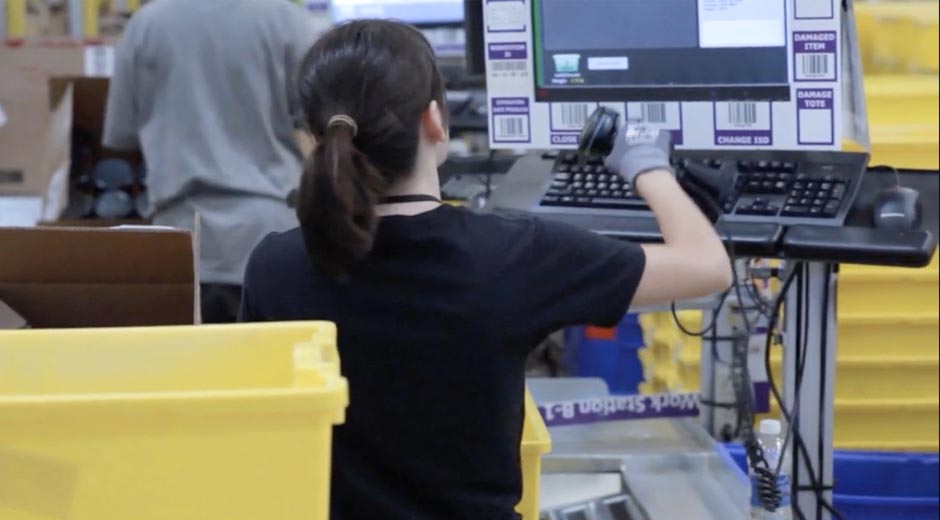 At Amazon’s warehouse in Bolton, where the company confirmed Thursday to PressProgress that a night-shift worker recently tested positive for COVID-19, workers say they only get 30 minutes of TOT per day.

“That includes walking from aisle to aisle,” Caroline noted. “If I scan an item and then the scanner sends me to the other end of the building, that five-minute walk is accumulated TOT.”

During a pandemic, workers say they feel Amazon’s system pressures them to put their productivity benchmarks ahead of health and safety.

“The way the company is run, and them wanting to pump out as many units as they can in a day, means the pressure to perform is still there,” Caroline added. “You can’t actually clean things as much as you want to, or not go into crowded aisles because there are a bunch of people there.”

“There could be potentially 10 people in a small aisle,” they noted. “You can maintain a distance and not go into the aisle, but then your TOT will go up and your rate is going to go down.” 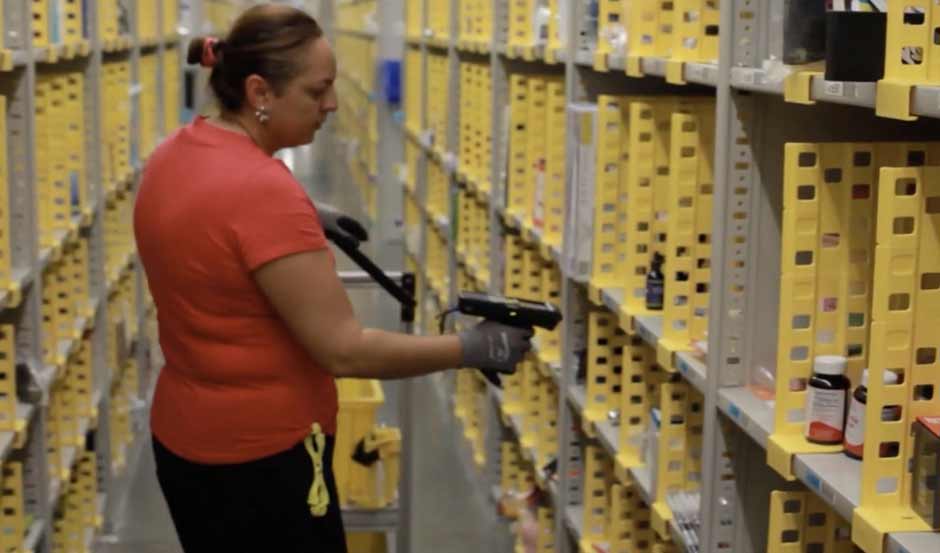 In response to concerns raised by its warehouse workers, Amazon did not dispute the worker’s characterization of their systems or any concerns that it could undermine social distancing efforts in Amazon’s warehouses.

“Our employees are heroes,” an Amazon spokesperson told PressProgress, noting their workers are “helping people get critical items they need in this crisis.”

The Public Health Agency of Canada, which is leading Canada’s pandemic response, recently awarded Amazon a contract to store and distribute Canada’s stockpile of emergency medical supplies. The federal government has refused to release details of the contract and PHAC refuses to say if it is providing any oversight.

Although Amazon insists “all sites are following health guidance” from public health authorities, Amazon’s spokesperson would not say if PHAC officials have physically inspected conditions at any of the company’s warehouses.

Following the positive case at their Bolton warehouse, Amazon told PressProgress it had made “employees at the site aware of this confirmed case” of COVID-19″ and is currently “supporting the individual who is recovering.” 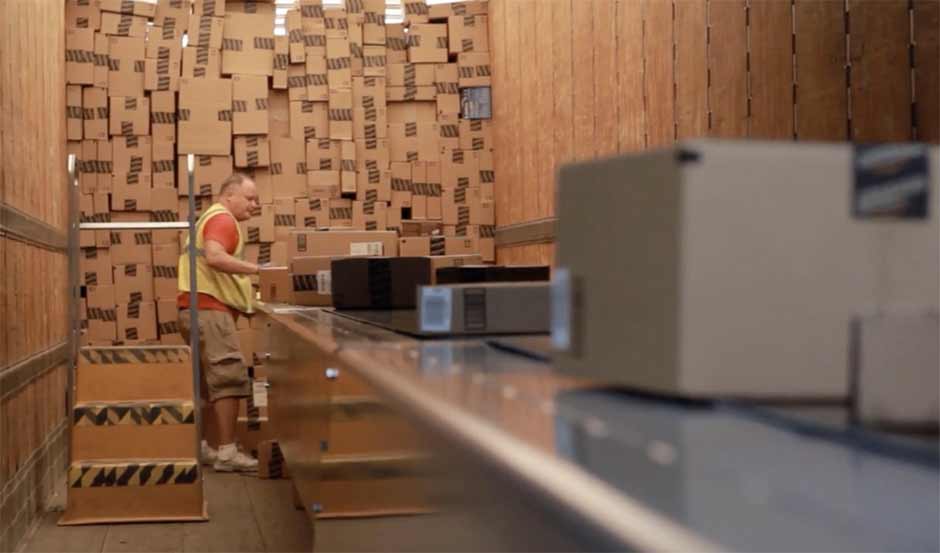 “TOT creates a virtual foreman that drives them to maintain a certain level of output,” Ryan Lum of the Warehouse Workers Centre told PressProgress.

“If those levels aren’t maintained, the employee faces potential discipline or termination,” he said. “There are no exceptions to it — young, old, strong, infirm — all employees must abide by the rate.”

Amazon does dispute the suggestion workers could be penalized for taking time to clean their work stations, stating the claim is “simply unfounded.”

“Each employee has an allotted amount of time that they can choose to do things like go to the restroom, refill their water or go speak to a manager,” an Amazon spokesperson said. “They can, when they want, log out of their system and go wash their hands whenever they choose — this is in addition to break times and this will have no impact on their performance.”

In the United States, Amazon’s system is known as the Associate Development and Performance Tracker (ADAPT), where workers are given points for excessive TOT and, after six warnings, terminated. One study found the system contributed to the company’s high workplace injury rates.  Amazon has not denied using ADAPT or measuring TOT but disputed the statistics.

At Amazon’s Bolton warehouse, however, TOT penalties can be “kind of arbitrary.”

Sometimes workers “get a message on your scanner saying you have too much TOT or your rate is dropping,” Caroline said. Other times, they could receive a verbal or written warnings.

Caroline said TOT scores are displayed in common areas to single out workers who are failing to meet productivity benchmarks. “They’ll put up a chart on the wall,” she said. “They’ll be like: ‘you have to be in the green zone and if you’re in the red zone, work on that’. It’s a public pressure thing, everyone is looking at each other’s Time Off Task. 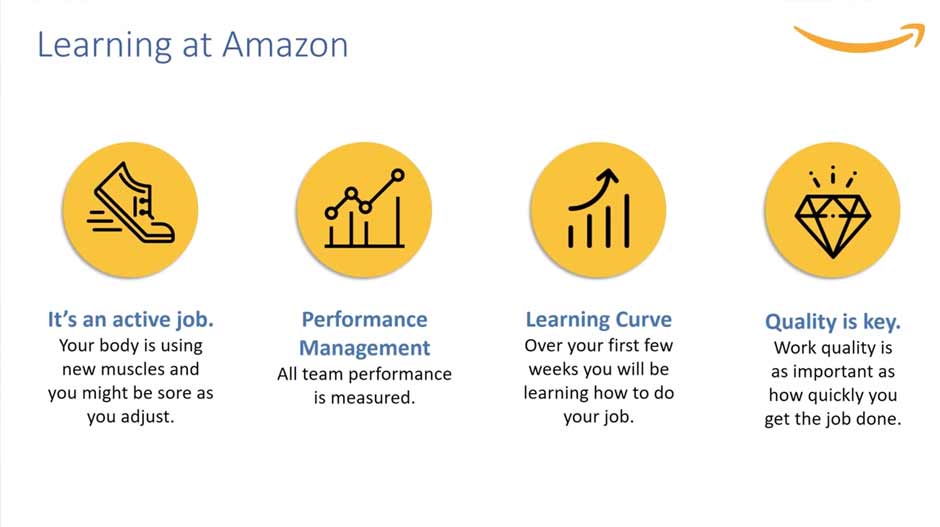 Experts warn Amazon’s policies could help create the conditions for an outbreak at the company’s warehouses.

Carolina Jimenez, coordinator of the Decent Work and Health Coalition, told PressProgress Amazon’s workplace policies “make it more difficult to abide by necessary social distancing measures that protect against the spread of COVID-19.”

“Workplace policies reported at Amazon Canada, including ‘Time Off Task’ systems, force workers to speed up for fear of reprisal.”

Jimenez emphasized this can be both “an individual and a public health hazard.”

That view is echoed by doctors: “If warehouse productivity is prioritized over these basic measures, you are more likely to have outbreaks of COVID-19 in these warehouses,” Dr. Jonathan Herriot told PressProgress.

But labour experts note this is not inevitable, but a side-effect of deliberate choices.

“If targets are set without regard for context, such as work slowing down when workers have to stay 6 feet apart, the system then pressures workers to ignore safety protocols in order to hit targets,” Athabasca University Labour Relations professor Bob Barnetson told PressProgress.

“Employers always try to minimize their labour costs by intensifying work,” he said. “This reflects how the profit imperative plays out in job design.”