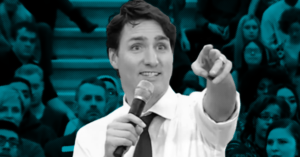 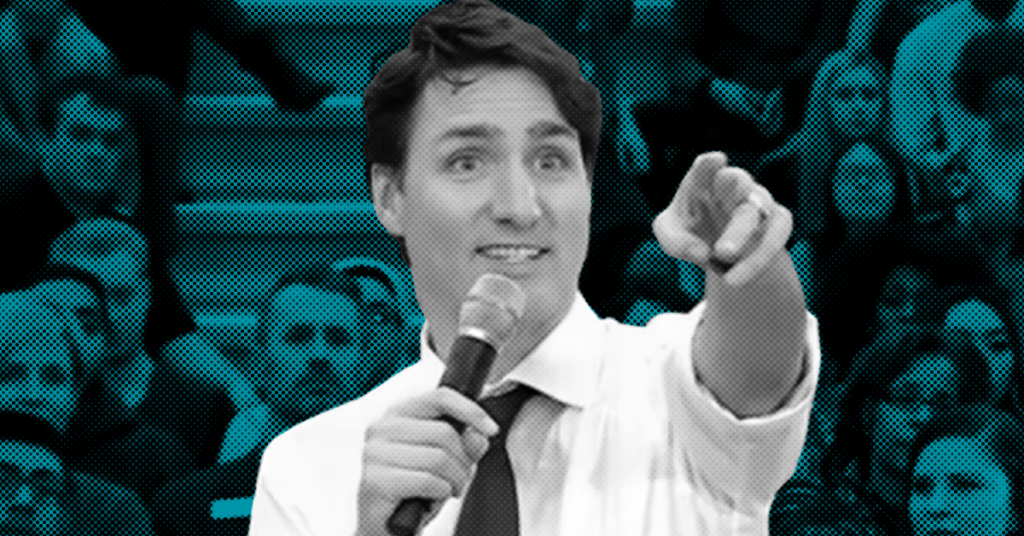 At a town hall event in Edmonton this week, Trudeau fielded a question on “electoral reform” from an audience member who wanted to know “what I can do as a regular citizen to help put some momentum behind your campaign promise?”

Trudeau was met with boos when he told the audience “proportional representation of any sort would not be in Canada’s best interest” and claimed honouring his own “electoral promise” could “weaken Canada’s democracy.”

That, of course, begs a pretty simple question: then why did he campaign for electoral reform in the first place?

The eye-rolling continued: reflecting on his flip-flop, Trudeau asked the audience to understand “I made a difficult decision for me” and suggested he, in fact, deserves some “credit” for breaking his promise.

More credit than “anyone who feels passionately about it” is willing to give him, at least:

“The debate, um, is moot right now, because I made a difficult decision for me – I’m not going to get a lot of credit for it from anyone who feels passionately about it – but I felt it’s not worth it to walk down the path that could weaken Canada’s democracy or go in the wrong direction just to keep an electoral promise.”

At one point, Trudeau criticized the idea of proportional representation using a convoluted analogy, asking the audience to imagine Canada was ruled by a “left-handed party” that advocated laws requiring “left-handed scissors” be placed in “every drawer, in every kitchen” across Canada.

Imagine a party that was “out there advocating for the rights of lefties because they’re marginalized in society – supposedly,” Trudeau smirked.

Trudeau also stated he wished there was more popular support for his preferred option: ranked ballots – a  majoritarian system like Canada’s current system, a kind of “first-past-the-post on steroids” that can create even bigger false majorities.

During the 2015 election, Trudeau repeatedly promised voters he would end frst-past-the-post, a winner-take-all system that regularly produces strange outcomes and leaves millions of voters feeling alienated.

Although Trudeau now suggests electoral reform would “weaken Canada’s democracy,” the 2015 Liberal platform promised “that 2015 will be the last federal election conducted under the first-past-the-post voting system.”

And despite Trudeau’s dubious claim that it’s bad for Canada, the Liberal platform explicitly pointed to “proportional representation” as a leading choice to replace the current electoral system.

One year earlier, Trudeau’s Liberal government announced it was breaking its clear promise to reform Canada’s electoral system, despite an all-party parliamentary committee created by Trudeau that endorsed moving Canada to a system of proportional representation.

Over two-thirds of participants at town halls across the country also voiced support for proportional representation.

Nearly half of all countries around the world and more than 80% of OECD countries rely on a proportional voting system, leaving Canada as an outlier.