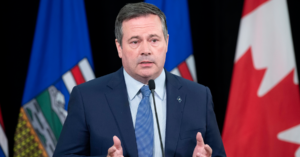 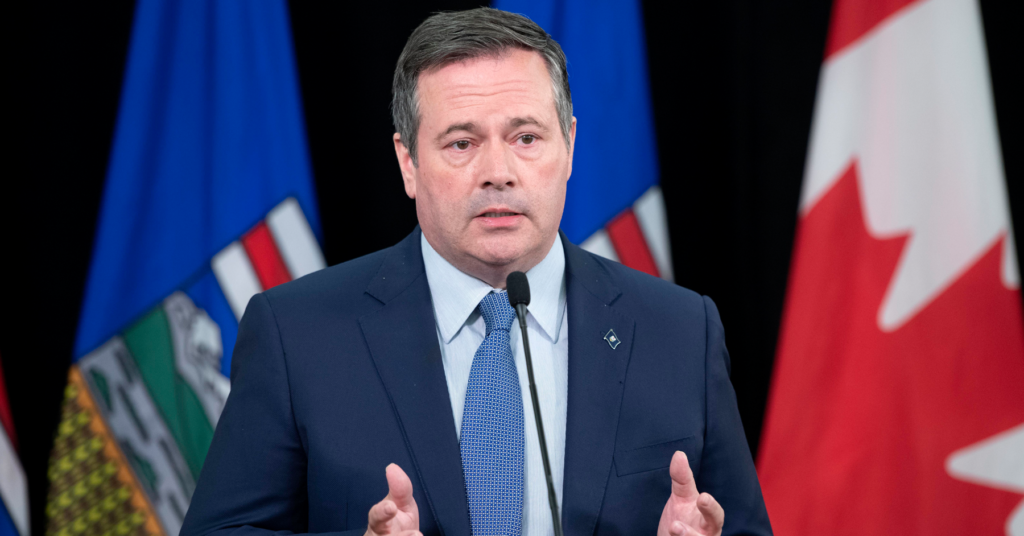 Alberta’s Ministry of Education is facing accusations of plagiarism

In addition to recommending lesson plans about Kenney’s grandfather, the province’s new social studies curriculum has raised eyebrows with questionable history lessons and content that is too advanced for ordinary six-year-olds.

But it now appears a section of the Grade 2 curriculum exploring the “rise and fall of the Mongol Empire” and 13th century mercantile trade may have been lifted directly from a Wikipedia article.

The Grade 2 geography curriculum features a special focus on the “earliest civilizations of the Middle East, Europe and Asia,” a learning journey that will take Alberta seven-year-olds from “ancient Greece” and the “travels of Marco Polo.”

It even includes a section on the ancient Silk Road trade route, but as Twitter user Tamara MacDonald noted Wednesday, the curriculum’s language appears to be sourced nearly word-for-word from Wikipedia : 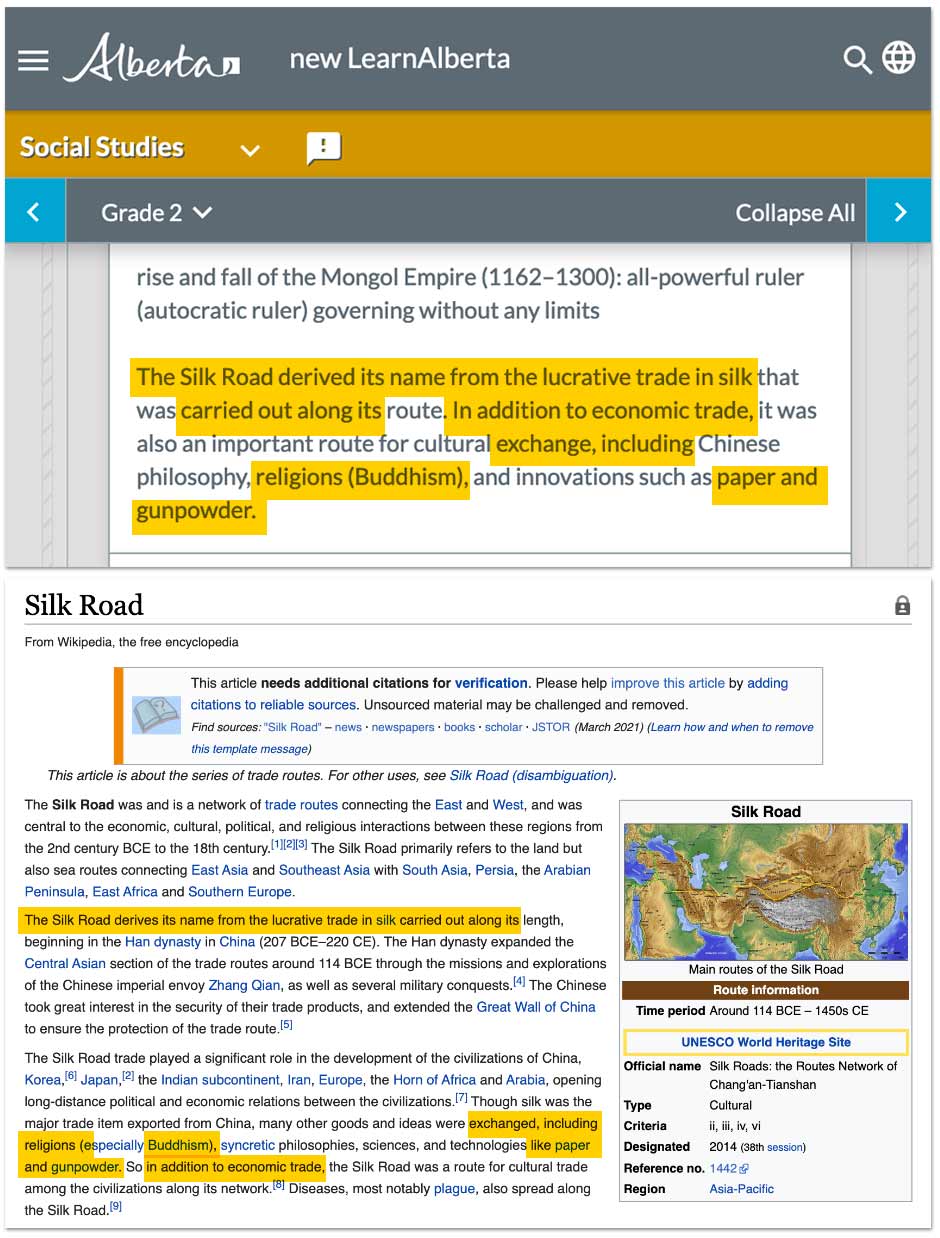 The Wikipedia entry’s history shows the section of text was not recently edited and the same text appeared well before the draft curriculum was released this week.

Justin Marshall, a spokesperson for Alberta’s Ministry of Education, did not respond to questions from PressProgress about whether the lines were plagiarized.

The Government of Alberta identifies Chris Champion and Paul Bennett as the curriculum’s two advisors specializing in social studies.

Controversy erupted when Champion was appointed last summer after his writings on First Nations history drew criticism from Indigenous educators. Kenney’s draft curriculum has been criticized for white-washing Canadian history, particularly as it relates to Indigenous history and British imperialism.

The panel overseeing the curriculum rewrite was announced in September 2019 and included an American researcher linked to a right-wing, Koch-funded organization  aimed at undermining the public school system.