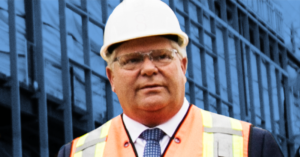 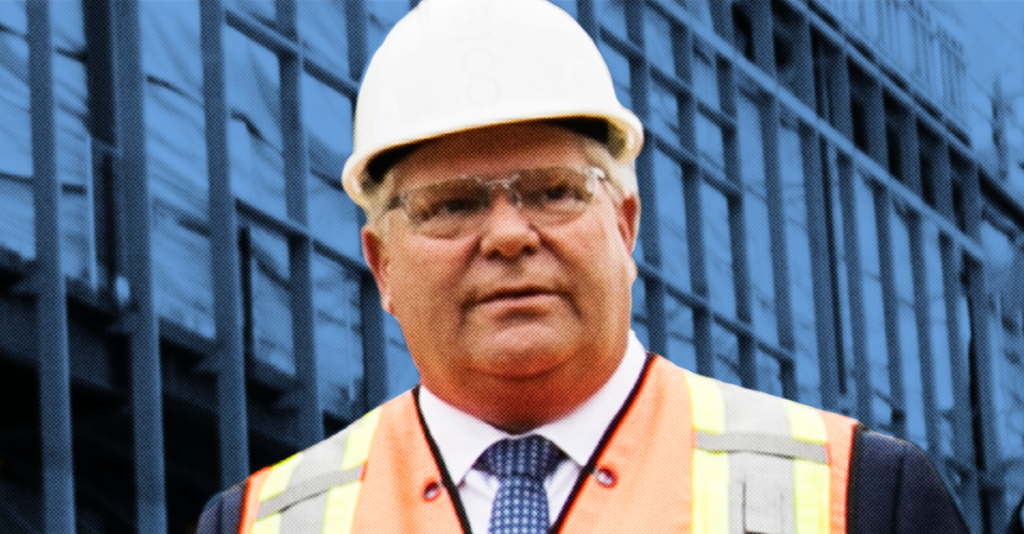 Ontario’s business lobby, including the Ontario Chamber of Commerce, various builders’ associations, anti-union construction groups and others, have pushed for years to gut regulations overseeing the province’s construction industry.

Now with Ford as Premier of Ontario, it seems they’ll finally get what they want — a stripping of protections for apprentices, in the direction of the B.C Campbell government, to lower labour costs. And, that is bad news for the province’s trades workers.

BC Federation of Labour (data via Statistics Canada)

The Ontario Progressive Conservative government’s Open For Business Act, passed last year, did many bad and dangerous things: it cancelled a minimum wage raise, restricted the right to unionize for workers in key sectors and eliminated paid sick days.

But less reported were the act’s changes to the running of apprenticeships, as outlined in the 2009 Ontario College of Trades and Apprenticeship Act.

To this end, Schedule three of the Open For Business Act reads:

How the old system worked

The apprenticeship ratio, which applies to 33 skilled trades, previously operated on a sliding scale system.

With that system, while one experienced, “red seal” or “journeyman” worker was needed to train up one apprentice, the number of journeymen needed per apprentice rose thereafter, to balance the workload. The exact ratios would vary according to industry and year.

The system was far from perfect and the rules were, as noted by the International Brotherhood of Electrical Workers, under enforced. But it did set general standards for how much attention apprentices required.

Why big business is happy

With the ratio anchored to 1:1, business owners like J.G Burtch, owner of Construction Enterprises Ltd. bragged to the Ontario Home Builders Association, “I can hire three journeymen and three apprentices!”

Likewise, for years, the Chamber of Commerce and the CD Howe Institute argued anchoring the ratio at or near 1:1 would get more young apprentices hired.

But that’s because apprentices are worse-paid than journeymen and they are easier to replace.

University of British Columbia professor John Meredith told PressProgress “Apprentices have been used as cheap labour since the days of the medieval guilds.”

Likewise, Tim Armstrong, former Deputy Labour Minister to  the Davis and Peterson governments, told PressProgress that when he reviewed the trades “one of the big concerns was that some employers were hiring apprentices, as they’re cheap, and keeping them on for less than the time needed to qualify and then letting them go and hiring new apprentices.”

That’s reason enough for employers to do what they can to pressure government to reduce standards. But it comes at a high cost for the workers.

Laird Cronk, President of the B.C Federation of Labour told PressProgress “having worked in the trades for 33 years as a ‘red seal’ electrician that if you’re not required to have enough journeymen on site with experience and training, there is an obvious correlation between that and an increased risk of injuries.”

That lack of training and supervision “creates a dangerous situation all around,” Cronk said.

Problems with the old system aside, UBC prof. Alison Taylor said, “the thinking is that a higher number of journeypersons per apprentices will result in higher quality training and lower injury rates.”

A 1:1 ratio means a jobsite could be exactly balanced between the experienced and the brand new. That comes with a strong chance of the former sometimes being too busy with their own work to train and monitor the latter.

“On large construction sites you would not want half the employees to be apprentices,” James Barry, executive of the IBEW Construction Council of Ontario said. “Ratios are important as it ensures a proper balance of trained journeypersons to apprentices. We want an apprentice to get a range of experiences but also have the oversight and guidance to learn and be safe on the job and successfully complete an apprenticeship.”

Likewise, Dave Cassidy, national skilled trades chairperson for Unifor noted the changes, in practice, could “dramatically decrease the time spent receiving training and could lead to apprentices working alone without any support from a journeyperson.”

“The incentive is a cost-saving measure for industry. The real question is what is the human cost and are the apprentices getting the proper training?”  Cronk said.

Moving towards the BC model?

The right doesn’t generally acknowledge a link between a lower ratio of journeyman-to-apprentices and more injuries. But, the British Columbia, with no mandated ratio, touted by the  Independent Contractors and Business Association does have Canada’s highest rate of injuries in the skilled trades.

Barry told PressProgress “BC has the worst safety record and no ratios.”

A 2017 study by the BC Federation of Labour titled BC’s Not-So Great Apprenticeship Training Experiment found the injury rate for BC tradespeople was nearly four times that of their counterparts in Ontario.

This was also noted by BC’s auditor general. Reviewing the province’s Industrial Training Authority, he said the standards for apprentices’ safety and their training quality were insufficient.

The BC Federation of Labour report concludes “While the 2003 system enabled many more youth to work in the trades in BC, the changes could have had the unintended consequence of more youth getting injured at work.”

That may not be a problem for business — apprentices cost little and, injured or not, they’re easy to replace. But it is a problem for working Ontarians.