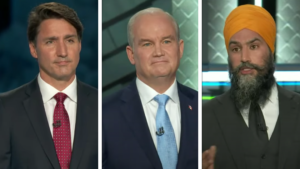 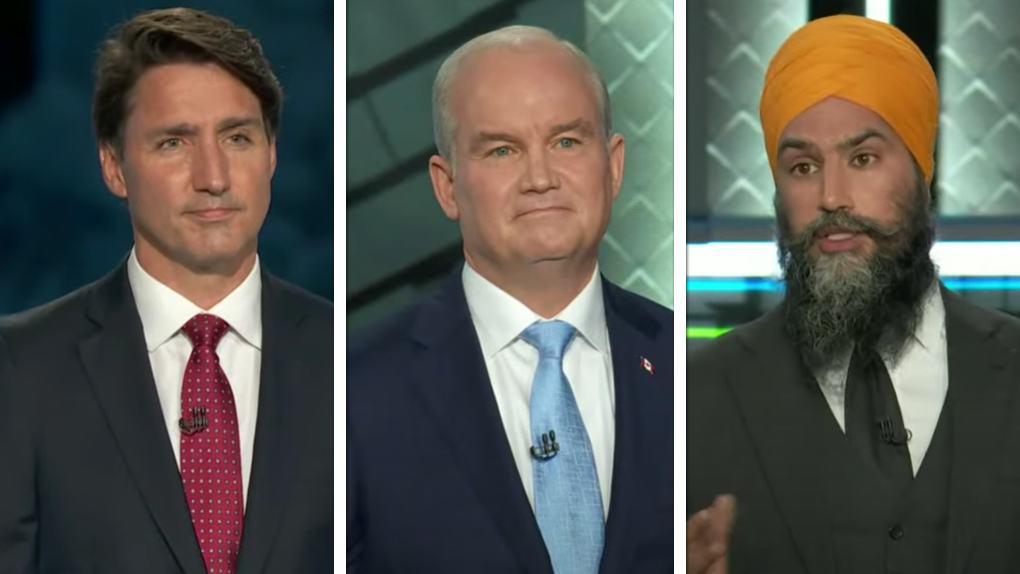 The future of work will be significantly impacted by the labour movement’s ability to organize new workers into unions and run effective campaigns for workers’ rights at municipal, provincial and federal levels.

While employment standards are largely regulated by the provinces, the federal government still has a significant role to play in labour relations, especially in shaping a post-pandemic economy.

The Rand formula has governed labour relations in Canada since 1946. It grants unions the ability to automatically collect union dues from each members’ paycheque, known as the “dues checkoff.” This helps the labour movement fund collective bargaining, strike funds, organizing new workplaces, worker training and political advocacy for workers’ rights.

Eliminating the dues checkoff has long been a target for the right wing and large corporations who want to crush worker power. So-called “Right to work” laws already exist in 28 U.S. states. In 2018, the Koch-brothers backed Right to Work Foundation helped eliminate dues checkoff for all public sector unions in the U.S. by pushing the Illinois Janus vs. AFSCME case to the Supreme Court.

Unions like SEIU, which ran the Fight for $15 campaign in the U.S., cut their budgets by 30% in the wake of the Janus ruling. While this decision was made in the U.S., it also impacted international unions with members in Canada.

The federal Conservatives do not support dues checkoff and would like to implement right to work legislation, similar to the U.S., according to their official policy declaration.

The Liberals have made no indication they intend to significantly change or eliminate the Rand formula, either in their platform, policy documents or past legislation. This hands off approach to the Rand formula has garnered support among some in the labour movement, who see the Liberals as “safe” alternatives to the Conservatives.

The NDP, however, is the only party to specifically state it will defend the Rand formula in its platform. By using the word “defend,” the NDP recognizes that the Rand formula is a significant target for billionaires and large corporations and cannot be taken for granted in the current political climate.

Worker misclassification is key to the gig economy business model. Foodora decided to leave the country instead of treating its workers as employees rather than independent contractors. Uber spent the most money on any ballot initiative in American history to exempt workers from employment standards in California – and has been lobbying to do the same in Canada.

If a worker is classified as an independent contractor, and not an employee, that worker is exempt from basic employment standards like minimum wage – and the right to unionize.

While all three parties acknowledge that the current gig worker model is a problem, none propose solutions to address the root issue of misclassification. Labour experts have recommended the ABC test which would put the onus on employers to prove their workers are truly independent contractors and not employees.

The Conservatives will make gig employers create a separate Employee Savings Plan that workers can access to pay for benefits. Gig workers and labour experts pointed out that this is very similar to a policy Uber itself had been lobbying for, arguing falsely that worker classification would have to change in order for these benefits to be provided. Additionally, the Conservatives hired Uber lobbyist Dan Mader to develop the party platform. The Conservative platform does not address misclassification.

The Liberal platform proposes to ‘strengthen’ the rights of gig workers and give them access to federal programs like the Canada Pension Plan and Employment Insurance. This position, while acknowledging gig workers need to be included in public programs, is still unclear on how it will differentiate misclassified workers from employees.

The NDP platform does not specifically address misclassification in its platform. On its website, the party mentions “improving” EI for the self-employed. The NDP appeal to precarious workers appears to be establishing a form of basic income. While basic income has both advocates and critics, at the end of the day, it does not address worker misclassification and the right to unionize to fight for better wages.

Legislation that interferes with unionization and collective bargaining

Legislation that interferes with collective bargaining, like mandating a wage freeze or breaking a strike, is a common tactic by governments of all stripes in Canada to weaken unions’ bargaining power and enforce austerity — despite such legislation being repeatedly ruled unconstitutional. Secret ballot unionization is also a common tactic to inhibit organizing new workplaces.

The Harper Conservatives legislated postal workers back to work in 2011. The Conservative official policy states that it wants to work with employers and unions to develop “dispute settlement mechanisms” to “avoid or minimize disruption to services.” The Conservative platform is silent on legislation that interferes with bargaining.

The Liberals legislated postal workers back to work in 2018, using a technicality to get around the fact that back to work legislation was ruled unconstitutional when the Harper government used it in 2011. This soured good will the Liberals had earned from labour for repealing two Harper-era bills that made it harder to unionize and demanded stringent and redundant financial union reporting.

However, in their platform, Liberals say they will introduce anti-scab legislation for lockouts, but not strikes, in federally regulated industries.

The NDP platform explicitly says it will “oppose heavy-handed legislation that suspends the rights to bargain and to strike” and will introduce scab legislation in all “labour disputes.”

There are 1.6 million migrant workers without permanent residency status in Canada who can neither vote nor form unions, according to the Migrant Rights Network.

Like gig workers, migrant workers are excluded from basic employment standards protections, including the right to form a union. Migrant workers face an extra level of precarity, as their entire status in Canada is dependent on their employer.

The Migrant Rights Network, Canada’s largest migrant rights coalition, explains how bad employers “use immigration status as a tool to divide and pit workers against each other – citizens against non-citizens – to keep wages low and profits high.”

The Migrant Rights Network has called for an “overhaul of the immigration system so that every resident in the country has the same immigration status and therefore the same access to labour rights, healthcare, and other essential services.”

The Liberal platform pledges to “expand pathways to permanent residence” through the Express Entry point system. The Migrant Rights Network characterizes the Liberals’ reforms as “small improvements for some, but no real change.”