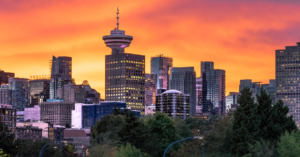 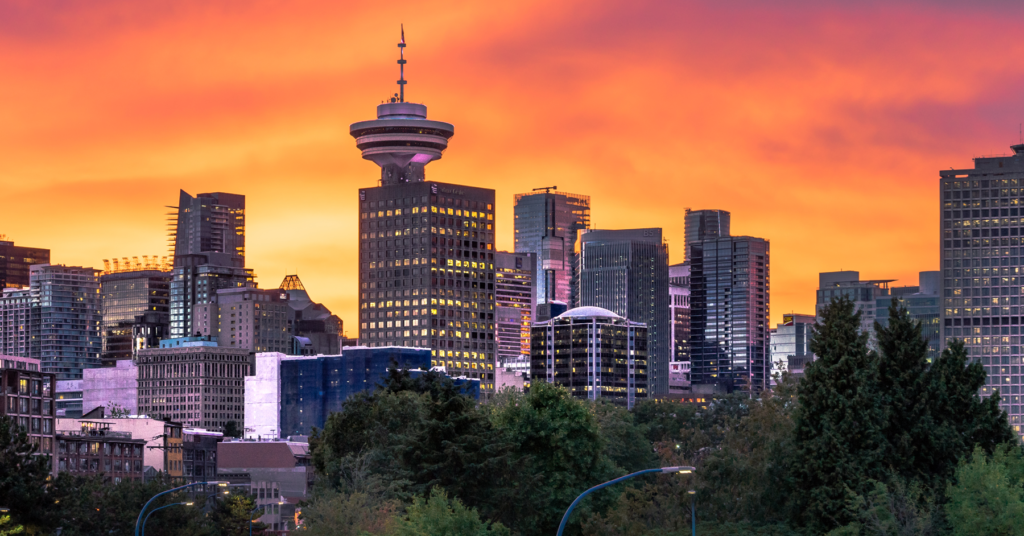 Vancouver’s next municipal election is 18 months away, but members of the city’s wealthy right-wing political class appear to have already decided on their winning strategy: Declaring war on each other.

The city’s oldest municipal party, the Non-Partisan Association, is currently embroiled in an internal conflict between its elected caucus and far-right board of directors.

Meanwhile, the NPA’s former mayoral candidate is planning to run against his old party, and a Liberal backroom operative has thrown his hat into the mayoral ring too, for good measure.

If you’re struggling to keep track of all this right-wing in-fighting, you’re not alone.

Here is a rundown of where Vancouver’s right-wing parties and their declared candidates stand.

The NPA is Vancouver’s oldest party, and was formed in 1937 as a reaction to the growing influence of working-class representation in City Hall. It has long served as a vehicle for the city’s wealthy homeowners and business interests.

The party’s controversial board of directors announced this month that NPA parks commissioner John Coupar would be the party’s mayoral candidate for 2022, angering other members of the NPA’s elected caucus who had expressed interest in running for the candidacy themselves.

In a statement, NPA councillors Sarah Kirby-Yung, Lisa Dominato and Colleen Hardwick said they were “taken aback” by the appointment.

“We are extremely disappointed there was no open, transparent and democratic mayoral call for candidates, or application or nomination process, thus eliminating any opportunity for elected women in the NPA Caucus to participate,” the statement reads.

The appointment follows an ongoing conflict between the NPA’s elected caucus and board, sparked after a group of far-right directors was appointed in 2019.

The board appointments prompted Councillor Rebecca Bligh to resign from the NPA and sit as an independent in December 2019. Last July, four NPA board members also resigned, citing concerns about the party becoming “irrelevant.”

The conflict flared up again earlier this year when NPA director Angelo Isidorou threatened to pursue legal action against The Tyee over a story that featured a photo of the NPA director at a 2017 pro-Trump rally flashing a hand signal that the news website noted is associated with the far-right. 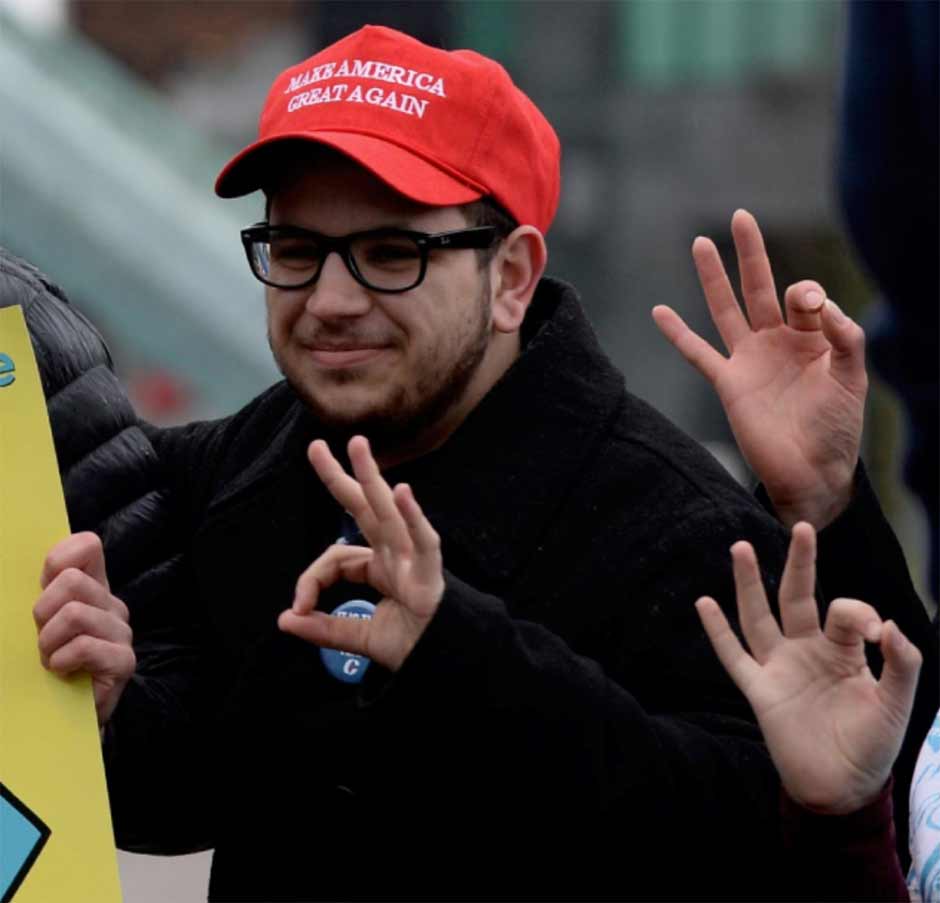 The story was followed by a call for an AGM by the NPA’s nine-member elected caucus — including Coupar — which has not yet happened.

David Pasin, who until recently was an NPA board member, previously promoted former US President Donald Trump’s false claims that the 2020 election was rigged.

Coupar told reporters his mayoral campaign will focus on “the core services of the city and doing things to make sure taxpayers are getting good value for their dollar.”

This week saw the launch of a new municipal party called “A Better City,” which describes itself as “Vancouver’s newest political movement, committed to building a coalition that represents all of Vancouver in our civic politics.”

However, the party’s board of directors consists of familiar names from local right-wing circles, including former NPA park board candidate Ann-Marie Copping, former NPA insider Stephen Molnar and Lana Marks Pulver, who previously considered running for the BC Liberals and is a former director of an anti-tax astroturf group called “StepUp.”

ABC has also attracted the support of Vancouver businessman and former investment banker Ken Sim, who ran for the NPA in 2018. 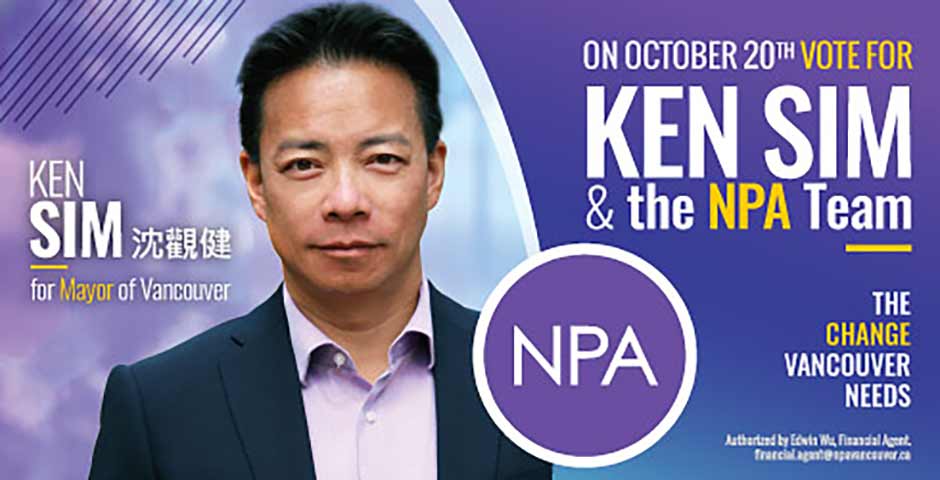 Sim, who abandoned his old party over concerns about its rightward shift, told reporters he will compete in ABC’s nomination process for the party’s mayoral candidacy.

One of Sim’s key backers includes former NPA president Peter Armstrong, the wealthy owner of the Rocky Mountaineer railway with a record of hiring scab workers during labour disputes.

Sim’s early campaign pledges include “protecting our environment” and “improving the dire situation in the Downtown Eastside.”

BC Liberal operative Mark Marissen launched a website and video promoting his mayoral candidacy on Tuesday, vowing to bring “bold ideas from the best thinkers, along with leadership and teamwork, to actually get things done.”

Looks like @marissenmark is running for mayor of Vancouver. Christy Clark’s ex-husband has been a prominent political operative/lobbyist for decades. #vanpoli pic.twitter.com/0ZRS6nstjd

Although Marissen’s mayoral campaign does not yet appear to be connected to a registered municipal party, the BC Liberal insider managed Hector Bremner’s failed Vancouver mayoral bid with the party “Yes Vancouver” in 2018.

Bremner’s campaign was the subject of controversy after reports revealed that property developer Peter Wall had anonymously paid $85,000 for pro-Bremner billboards before the campaign finance rules kicked in for the election period.

Despite Bremner receiving less than 6% of the vote, Marissen wrote an op-ed after the election declaring the birth of “a local YIMBY movement” — referring to those who support relaxed regulations on real estate developments.

Marissen helped run BC Liberal MLA Michael Lee’s unsuccessful leadership campaign in 2018, and reportedly “helped to round up support” for former BC Liberal premier Christy Clark — Marissen’s ex-spouse — in her successful campaign for the party’s leadership in 2011.

Marissen is also a long-time federal Liberal operative. Back in 2003, Marissen — who at the time managed prime minister Paul Martin’s BC campaign operations — was described as “the most well-connected Liberal in the province of British Columbia.”

Mairssen ran Stephane Dion’s successful campaign for the Liberal Party leadership in 2006. However, Dion’s leadership ended after the Liberals were reduced to 77 seats in the 2008 federal election, in which Marissen served as the party’s national campaign co-chair.

He is also the founder of a PR firm called Burrard Strategy, and previously served as an executive of a fossil fuel consortium called Pacific Future Energy.

Prior to launching his campaign, Marissen took aim at the NPA’s Coupar for “playing both sides” in the feud between the right-wing party’s board and caucus.

This isn’t true, Gaurav. @JohnCCoupar played both sides. While Coupar joined his elected colleagues to demand the NPA board to call the AGM (so that a fair & open nomination could take place) he was secretly cutting his own deal for the board to appoint him.#vanpoli #betrayal https://t.co/n632d20Mup

Marissen’s mayoral campaign promises to “break the logjam on housing” and tackle “Mental health and addictions.”

Editor’s Note: This article has been updated to note David Pasin recently stepped down from the NPA’s board of directors.