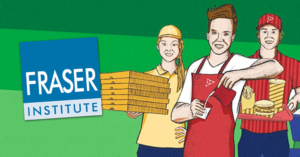 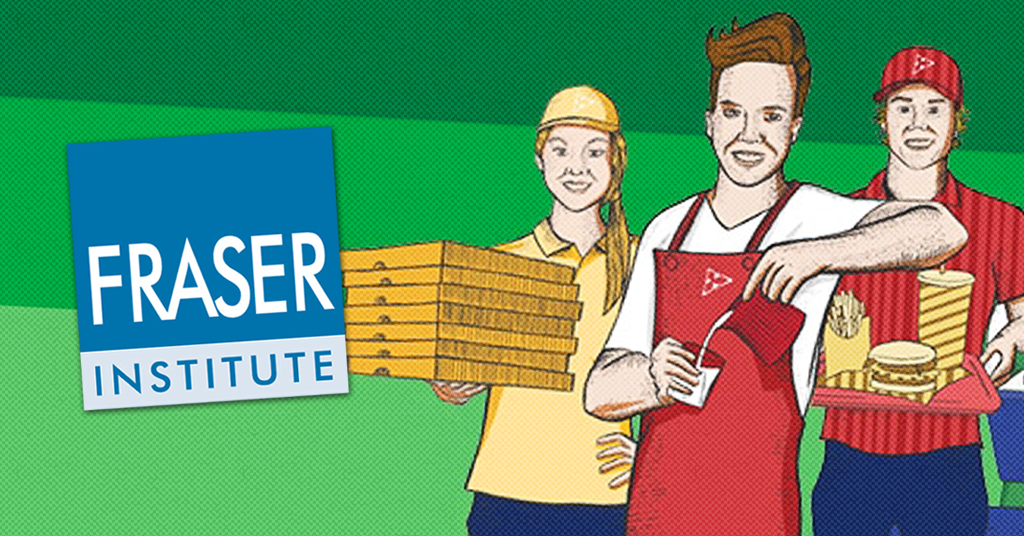 The right-wing think tank has spent years trying to discredit minimum wage increases by polluting the airwaves with false stereotypes of minimum wage workers as affluent teenagers living a life of luxury in their parent’s basements.

“Who earns the minimum wage in Ontario?” asks a new ad the Fraser Institute is currently running on Facebook. “It’s not who you think.”

The ad, which features cartoons of clean-cut teenage baristas and fast food workers, inaccurately claims the overwhelming majority of workers in Ontario who earn a minimum wage are actually “teenagers or young adults.”

According to a linked report, the Fraser Institute argues minimum wage increases do not help “those in need” because minimum wage workers are “teenagers or youths living with family.”

Leaving aside that the right-wing think tank seems to be suggesting no one under 25 deserves a living wage or that parents should subsidize the labour costs of fast food chains and big corporations, the Fraser Institute’s numbers are highly misleading.

The Fraser Institute claims 59% of minimum wage workers are “teenagers or young adults” by lumping 15 year old high school students in with 24 year old adults, even though a 15 year old and a 24 year old have wildly different life circumstances.

So, looked at another way, we can say 38% were teenagers while nearly two-thirds of minimum wage workers in Ontario were not teenagers (62%). Taking into account everyone who earned under $15/hour, the picture looks a lot different – four in five Ontarians who would benefit from raising the minimum wage to $15/hour are not teenagers. The Fraser Institute also fails to consider the ripple effect of raising the minimum wage and how that puts upward pressure on all wages across the labour market.

A 2017 study published by the Canadian Centre for Policy Alternatives found that “baby boomers are about as likely as teenagers” to get a raise from a minimum wage increase to $15 an hour, with the vast majority of those benefiting employed at large companies with over 500 employees.