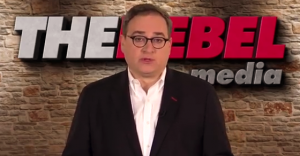 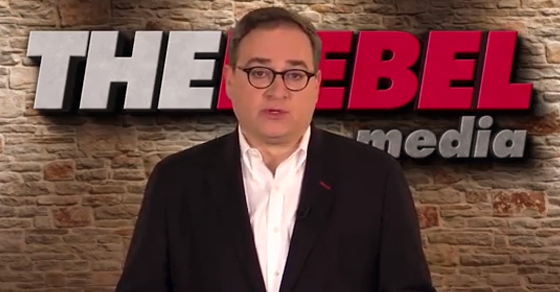 Why did a website founded by Ezra Levant give a platform to neo-Nazi propaganda?

Why did Rebel Media give a platform to neo-Nazi propaganda?

This week, the right-wing website run by Ezra Levant published a story featuring an anti-refugee video sourced from a YouTube channel belonging to an affiliate of an organization called Golden Dawn.

Golden Dawn is a fascist political party based in Greece.

The group’s YouTube channel states that it produces these videos in order to “familiarize everyone with Golden Dawn’s ideology and views.”

The group’s website, promoted at the end of the video, contains a number of blog posts advocating “racial nationalism” and complains about immigrants, refugees, multiculturalism and the “New World Order.”

It also includes warnings about various conspiracies orchestrated by what they call the “World Jewry.”

The Southern Poverty Law Center identifies Golden Dawn as a “violence-prone neo-Nazi political party” – one MP thinks Hitler was a “great personality,” while the party’s leader claims the Holocaust is “a lie.”

That leader is also currently on trial for operating a criminal organization and orchestrating violent attacks on political opponents, immigrants and gay people, along with 69 other members of the party, several of whom have been accused of being linked to a string of murders.