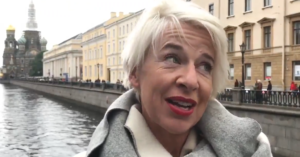 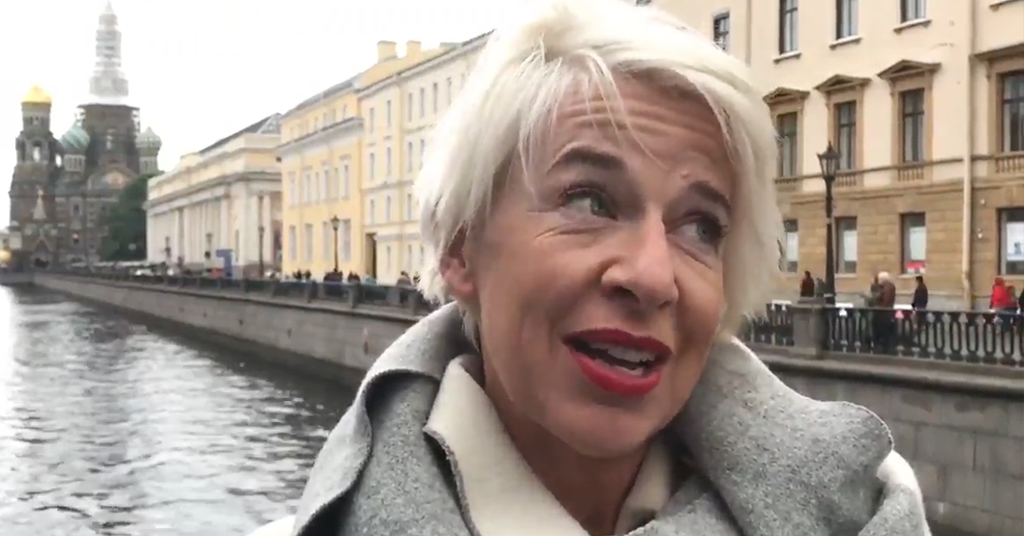 After all, what’s out of the ordinary about what Rebel Media’s Katie Hopkins is currently doing in Russia filming videos praising Vladimir Putin? In one recent video shot on the streets of St. Petersburg, the far-right Rebel Media personality tells viewers Putin is an ally of the global far-right, pointing out Kremlin rubles have helped finance the rise of far-right parties across Europe.

“I do wonder about this idea of Putin being our enemy,” Hopkins says, noting that he “supported Marine LePen with loans and he supported Viktor Orban in Hungary.”

“Perhaps Putin is not the monster we’ve made him out to be.”

A supporter of national identity, a defender of the Christian faith & ally of populists in Europe. Is Putin REALLY such a monster? #G7 #WorldCup #Putin pic.twitter.com/4txFD5KEjQ

Rebel Media’s Conservative viewers might have trouble swallowing that one.

Yet it appears Rebel Media – an alt-right website that senior members of Kenney’s party continue associating with – is okay with its on-air talent celebrating Russia’s lack of diversity and tweeting hashtags like: #PutinRocks.

A joy to be in St Petersburg. A place untouched by the myth of multiculturalism and deranged diversity. #Putinrocks.

Shillman, who is also a major funder and former director of a far-right American think tank called the David Horowitz Freedom Centre (DHFC), has appeared at swanky dinners where he was praised by Dutch far-right leader Geert Wilders.

The DHFC itself reportedly made a six-figure donation to Wilders’ party.

Last year, an investigation by the Washington Post identified the DHFC as a central organization in a network of far-right charities that played an influential role fueling the rise of Donald Trump.

So what should Canadians think when Hopkins is spotted tweeting: “go Trump”?

Coincidentally, former Rebel Media personality Lauren Southern also recently turned up in Russia of all places where she interviewed Russian neo-fascist philosopher Alexander Dugin – someone whose ideas on Russian nationalism and foreign policy are considered influential in Moscow.

Southern, who was raised in Langley, British Columbia, lobbed softball questions at Dugin, focusing the carefully staged interview on the neo-fascist philosopher’s thoughts about “Millennials and the future of conservatism.”

In another video, Southern explicitly encourages her viewers to be open-minded to Dugin’s views.