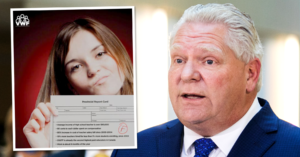 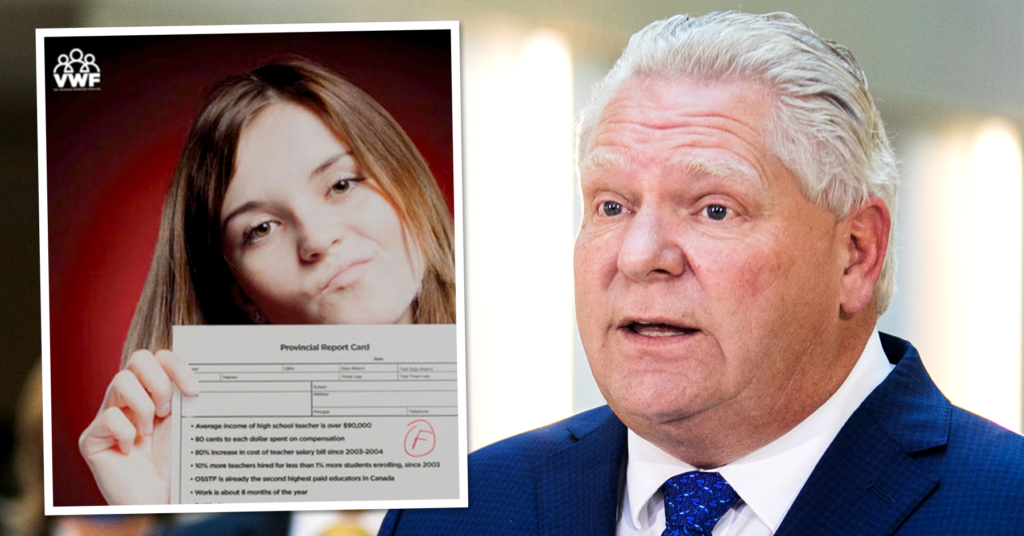 On Tuesday, the RCMP confirmed it is investigating an anti-teacher group that calls itself “Vaughan Working Families” — the group behind a set of full-page newspaper ads placed in the National Post, Globe and Mail and Toronto Star.

The ads contained no info about who was behind Vaughan Working Families, but PressProgress was first to reveal the group’s ties to Vaughan developer Michael DeGasparis, a well-connected Conservative millionaire wholobbied Ford’s government about a proposed highway after the ads ran.

DeGasparis is a donor to Education Minister Stephen Lecce and even once hosted a New Year’s Eve party for Lecce at one of his golf courses.

In media reports, Thiele is quoted describing the RCMP investigation as “minor” and insisting “VWF did not contravene any law and no charges have been laid in connection with the ads.”

Thiele said the ads “were simply circulated in print only in parts of the GTA to express an opinion on a matter of fundamental importance to a developed democracy: Public education.”

But in the past, Vaughan Working Families’ lawyer has had another big name client: Doug Ford.

According to media reports, Thiele was identified as the “lawyer for the Ford leadership team” in connection to a legal battle disputing the results of the 2018 Ontario PC leadership race.

In response to questions from PressProgress, Thiele said he was unable to disclose how he came to be hired by Vaughan Working Families or whether Doug Ford or anyone else linked to the Ontario PCs made introductions as these are “matters that are subject to solicitor-client privilege.”

Thiele confirmed to PressProgress that he was “engaged to deal with legal issues in Doug Ford’s campaign for leadership.”

In January 2021, Gardiner Roberts identified Thiele as a member of a team that represented Ford in a defamation lawsuit brought against the Premier by the former Deputy Commissioner of the Ontario Provincial Police.

In addition to his legal work, Thiele has run for public office as a school trustee and was a director of a municipal party called “The Toronto Party for a Better City.”

The Toronto Party’s website includes a number of comic strips created by Thiele using BitStrips, a Canadian website that allows users to create their own cartoons that was co-founded by Canadaland Publisher Jesse Brown.

Thiele explained that the cartoons were intended as campaign materials to promote his unsuccessful run as a Toronto District School Board trustee.

One cartoon authored by the Vaughan Working Families lawyer depicts a fictional encounter between Ford and Thiele where the two men greet each other on a street and complement one another’s good ideas.

The cartoon concludes with Ford thanking Thiele for his support. 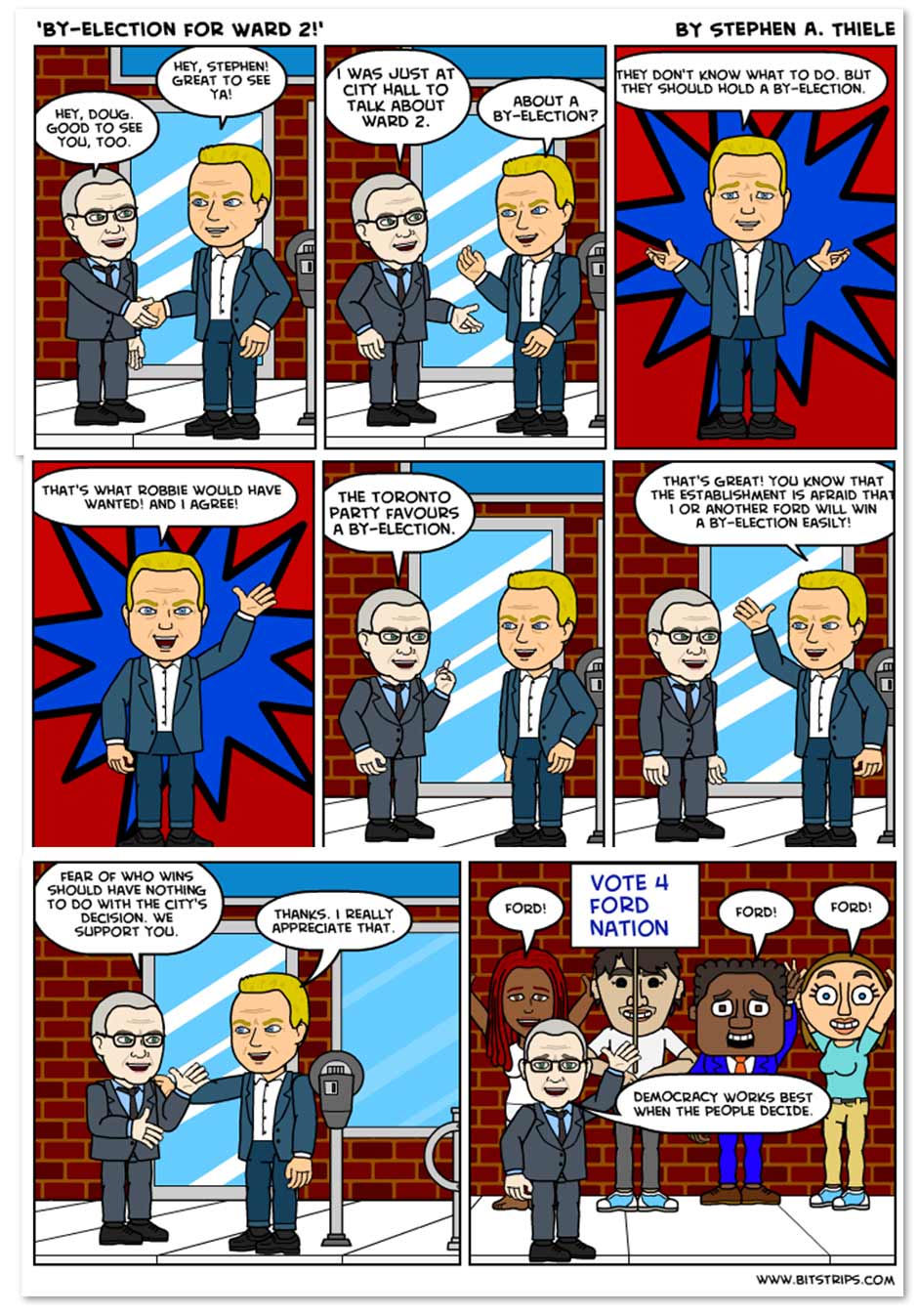 “My recollection is that at the time Doug Ford was arguing that there should be a by-election rather than an appointment for new councillor, which is something the City of Toronto was entitled to do,” Thiele told PressProgress.

“The Toronto Party fundamentally supported the ideal that politicians should always be elected by their constituents rather than being appointed, and so the cartoon reflected this view and supported Doug Ford’s position.”

“The only endorsement, if there is one, is for Doug’s position in the cartoon.

In a press release, Wednesday, the opposition Ontario NDP raised questions about why one of the Premier’s lawyers is representing Vaughan Working Families.

“It’s an unbelievably fishy coincidence that the only lawyer Vaughan Working Families could find to defend them in this RCMP investigation happens to also work for Ford,” Ontario NDP MPP Peter Tabuns is quoted in the statement.

When asked about the ads in June 2020, Ford insisted his government had “nothing to do” with them, adding that he wouldn’t be able to name anyone involved in the group even “if someone gave me a million dollars right now.”