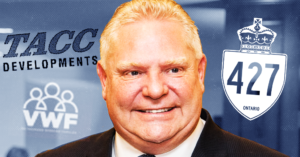 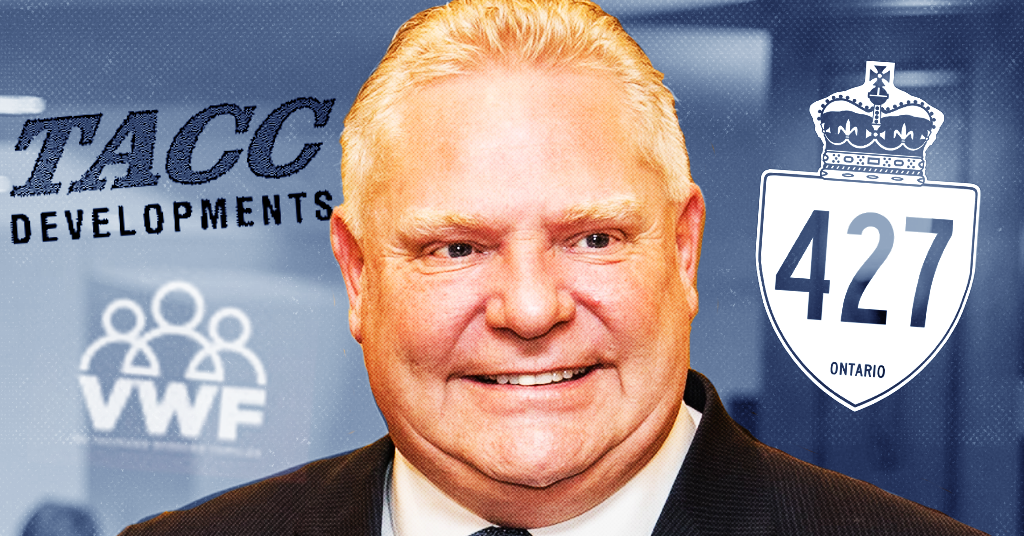 The group’s ads included no contact information and most of its materials were sourced from the Internet. In fact, the angry mother presented as the public face of the group turned out to be a Polish stock photo model whose husband insists she has no opinions about Ontario politics.

The ads appear to be the handy work of wealthy Vaughan developers rather than working families in Vaughan.

The Toronto Star traced the “Vaughan Working Families” back to an advocacy group called “Vaughan Health Campus of Care.” That organization previously registered as a third party advertiser and has a history of running partisan attack ads. 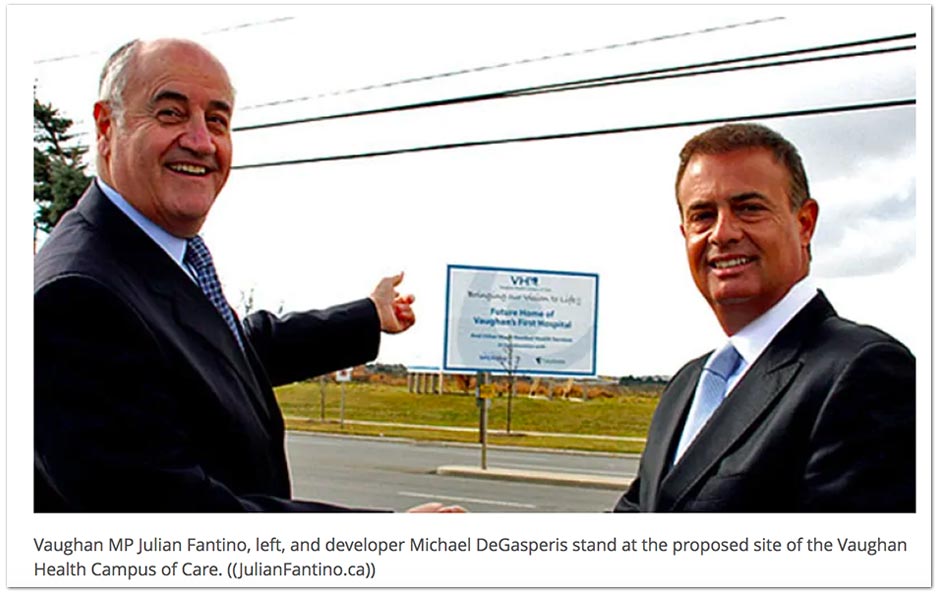 Lobbying records published by the Office of the Integrity Commissioner show a lobbyist working on behalf of TACC Developments had a rendez-vous with Ford’s government on Valentine’s Day — two weeks after “Vaughan Working Families” ran its controversial anti-teacher attack ads.

Peter Van Loan, a former federal Conservative MP and Leader of the Government in the House of Commons under Stephen Harper, lobbied several ministerial offices on behalf of TACC Developments on February 14. 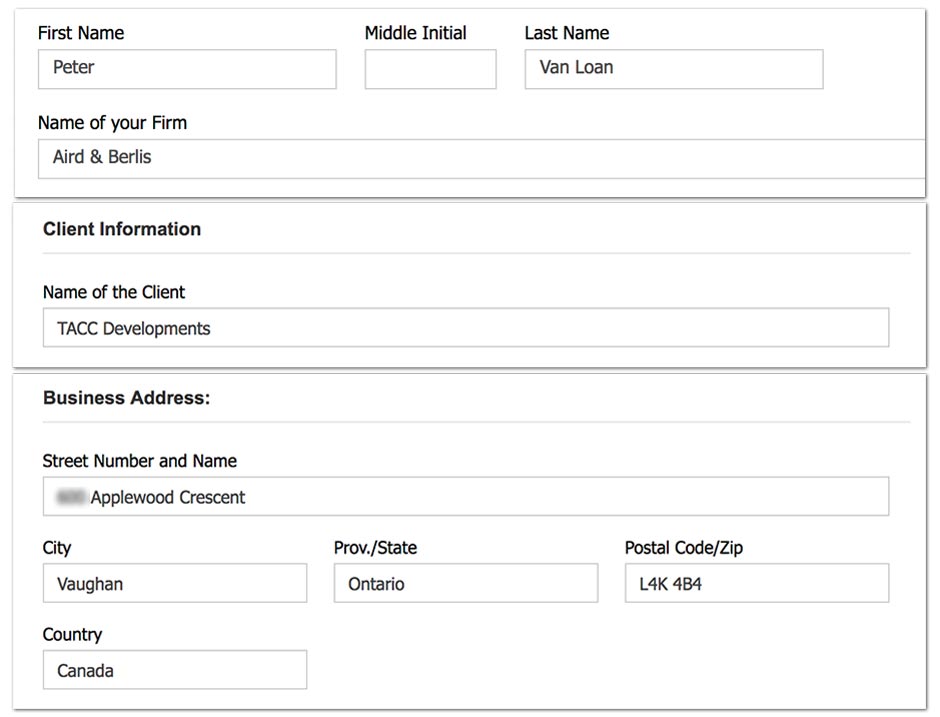 The lobbying record states Van Loan lobbied the Ford government to influence the “impact of a proposed highway on Client’s lands.”

The company has previously pressed the City of Vaughan on issues relating to the expansion of Highway 427. Provincial documents indicate the new highway would cut across a subdivision owned by TACC Developments.

The Local Planning Appeal Tribunal is a body that was set-up to settle disputes over how communities are developed, “such as where industry should be located, where roads and transit should be built, or how to protect our forests and farmlands.”

In response to questions about what TACC hoped to achieve through its lobbying, Van Loan offered a partial explanation.

“The interpretation sought was that matters approved under the legislation adopted by the previous Liberal Government should be decided under that same legislation,” Van Loan told PressProgress.

Neither TACC nor DeGasperis directly responded to requests from PressProgess seeking more information about their lobbying activities. 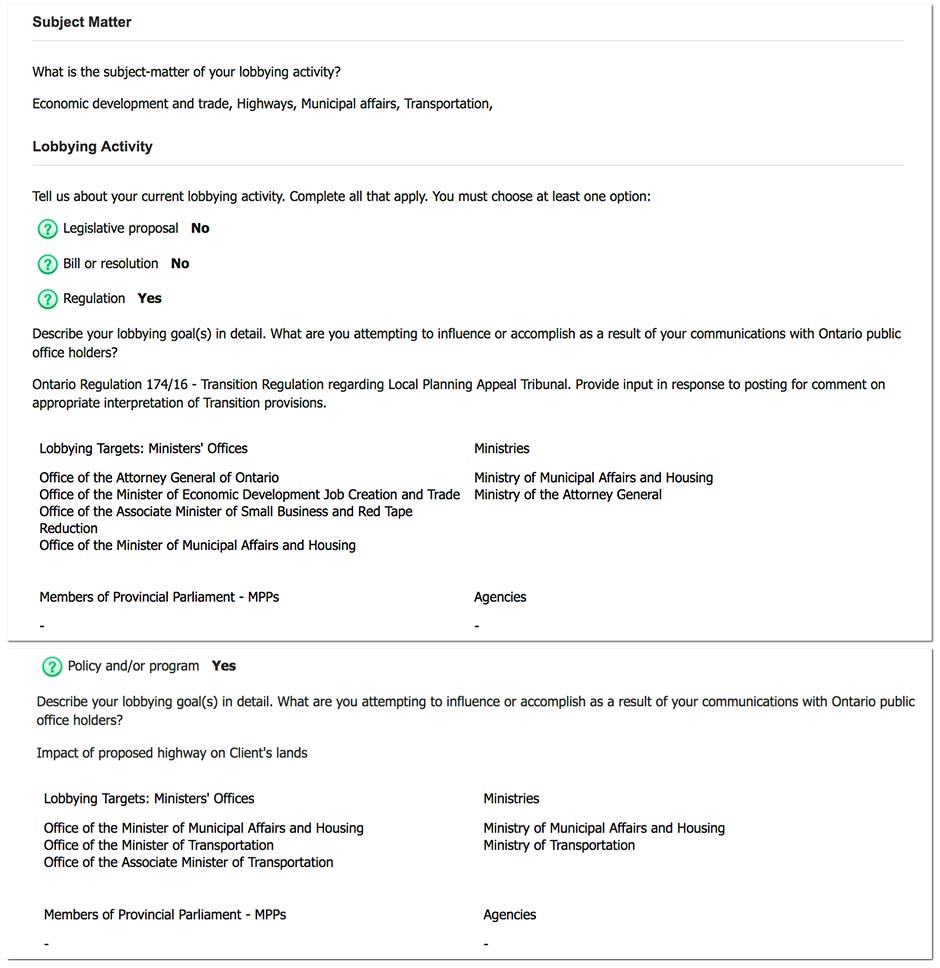 In mid-November 2019, another member of the TACC Group of Companies lobbied the Ontario government in connection to the redevelopment of the former Ontario Power Generation Lakeview Power Plant.

TACC Construction is a top stakeholder in the Lakeview Community Partners, a consortium of developers who bought the former OPG site in 2018.

According to Maclean’s, Remtulla is a key lobbyist firms look to for access to the Ford government, representing mostly developers including those pushing for changes to laws around the greenbelt.