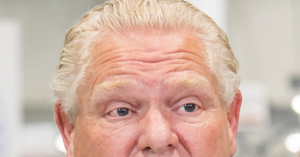 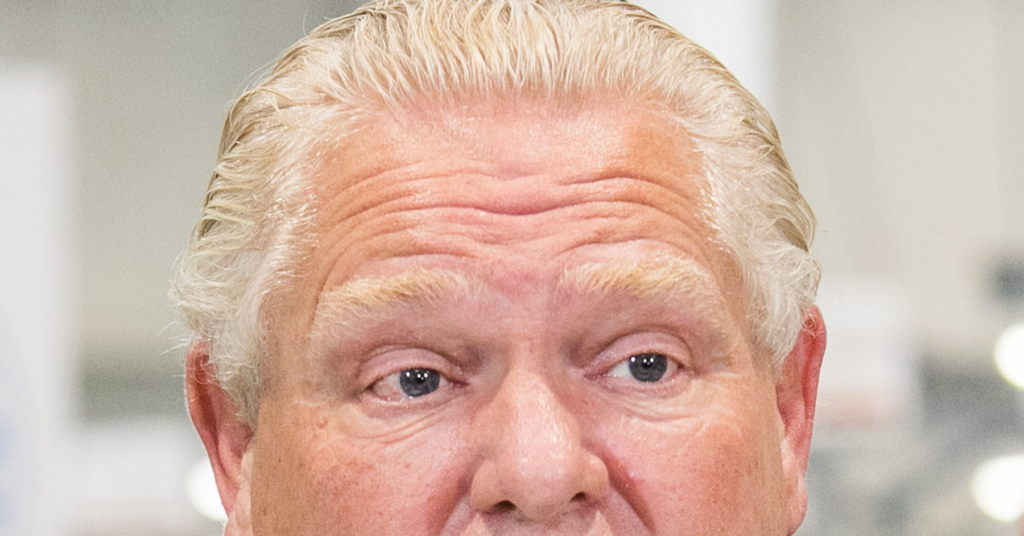 The move follows months of lobbying by the Herzig Eye Institute, one of Canada’s largest private eye surgery providers for contracts to perform eye surgeries.

Lobbying records show the company stated it was pushing the government to “enable Herzig to provide surgical capacity for cataract surgeries in Ontario.”

Herzig was set up in 1977 and, as corporate filings show, lists only two directors — Sheldon Herzig and Cherry Tabb, both of whom are long-time Ontario PC donors. 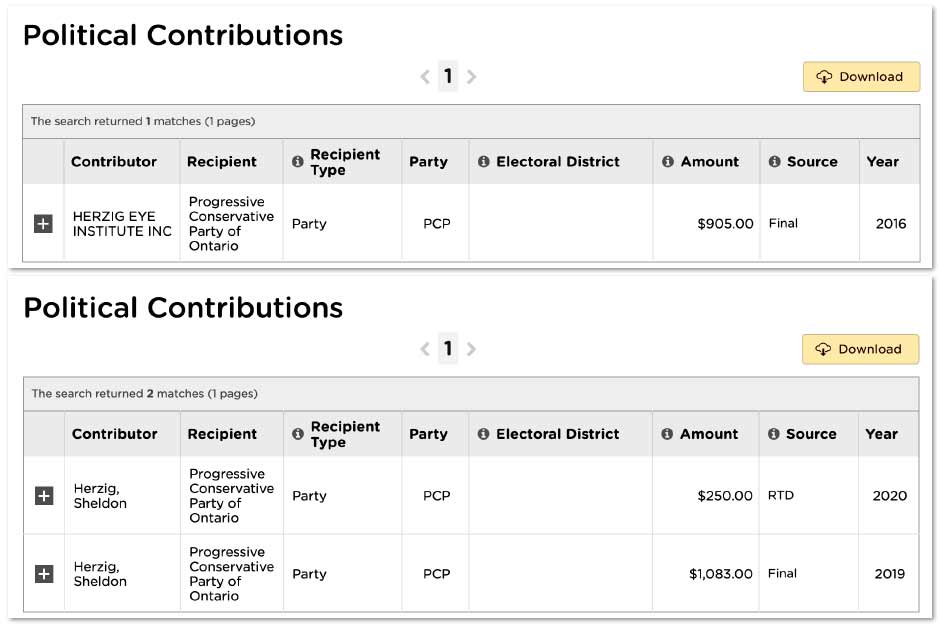 Herzig Eye Institute’s corporate donation was placed during the 2016 Scarborough Rouge River by-election. The Tory candidate in that election was Raymond Cho, who now serves as Doug Ford’s Seniors and Accessibility Minister.

Herzig and Tabb have also donated thousands to the federal Conservatives and appear to be active in supporting right-wing causes.

Sheldon Herzig donated $400 to the party’s Trinity St. Paul’s riding association in 2015 and $1,000 to federal Conservative candidate Bernie Tanz in 2004. The Herzig Eye Institute also chipped in an $805 corporate donation to the federal Conservatives that year.

In 2003, Tabb organized a “Rally for America” during the lead up to the Iraq war. The rally featured speakers, including then-Ontario PC Premier Ernie Eves and then-Canadian Alliance leader Stephen Harper.

Herzig and Tabb have rubbed elbows with Ford in high society philanthropy circles.

Ford and the private eye surgery operators were listed as “VIP guests” for a special performance of Billy Elliot the Musical, part of a 2011 Toronto fundraising gala for Canada’s National Ballet School.

Neither the Herzig Eye Institute nor the Ministry of Health responded to requests for comment from PressProgress.