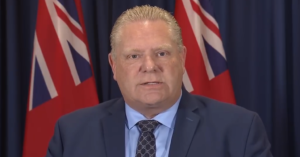 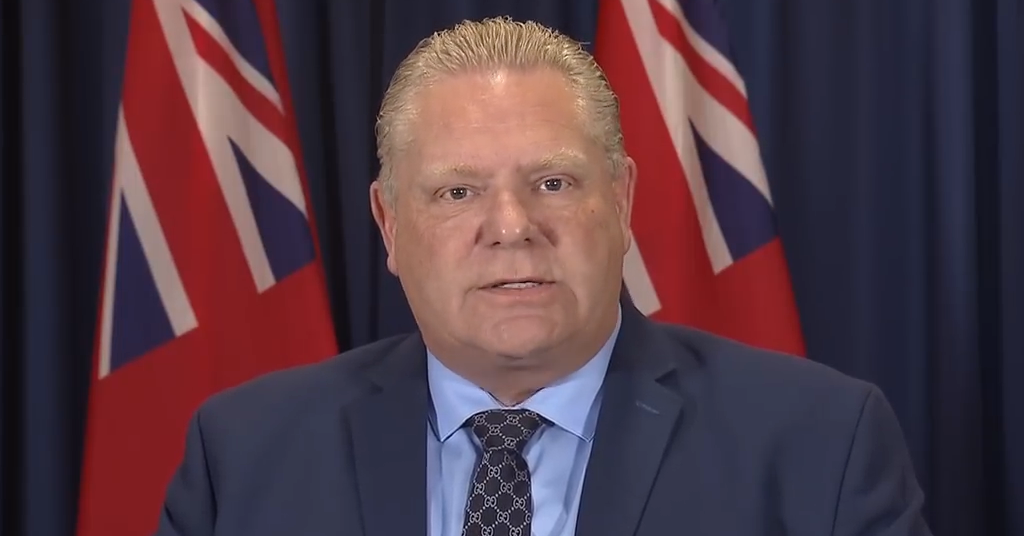 The 2018 Ontario election will come down to the wire.

History hasn’t yet been written, but most polls show Andrea Horwath’s NDP holds a narrow lead over Doug Ford’s PCs – in a nutshell, it’s going to be “pretty darn close.”

This is so early this AM. Let’s see what it looks like tomorrow with a big sample and impact of other events. Pretty darn close pic.twitter.com/zcEP98u2cw

According to the latest data released by polling firm EKOS, Horwath’s NDP currently have a 1 point lead over Ford’s PCs. Kathleen Wynne’s Liberals are a distant third – Wynne herself conceded the Liberals have no path to victory.

But even if the NDP wins by as much as 3% – as one recent poll aggregator noted – Ford’s PCs could still form a majority government.

You heard that right: Doug Ford could hold 100% of the decision-making power on important files like health and education, making life or death decisions that impact the province’s children and elderly.

What could possibly go wrong?

Unless anti-Ford voters send a united message at the ballot box, Ontario’s First-Past-The-Post system could allow a party with one-quarter of its candidates facing lawsuits, probes and police investigations to form a majority government with as little as one-third of the overall votes.

That’s because First-Past-The-Post has a knack for producing strange outcomes, including situations that see “rule by the minority over the majority.”

• In 1993, Jean Chretien’s Liberals formed a majority government, winning 60% of seats with only 41% of the popular vote. Meanwhile, the separatist Bloc Québécois became Official Opposition with only 13.5% of the vote, winning more seats than Preston Manning’s Reform Party, which received 18.7% of the vote.

This can be even more striking at the individual riding level.

During the 2015 federal election, 60.65% of of the House of Commons’ 338 seats were won by candidates who received less than half the vote – in a number of cases, MPs even won their seats with less than 30% of the votes in their riding.

Some are already suggesting a majority government led by Ford and could be a “powerful example” of why Canada needs electoral reform.

But is learning that lesson worth four years of chaos and cuts under Doug Ford?

Voters Ontario will cast their ballots on Thursday, June 7th.