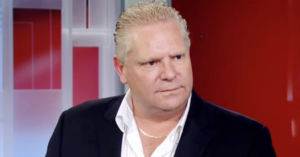 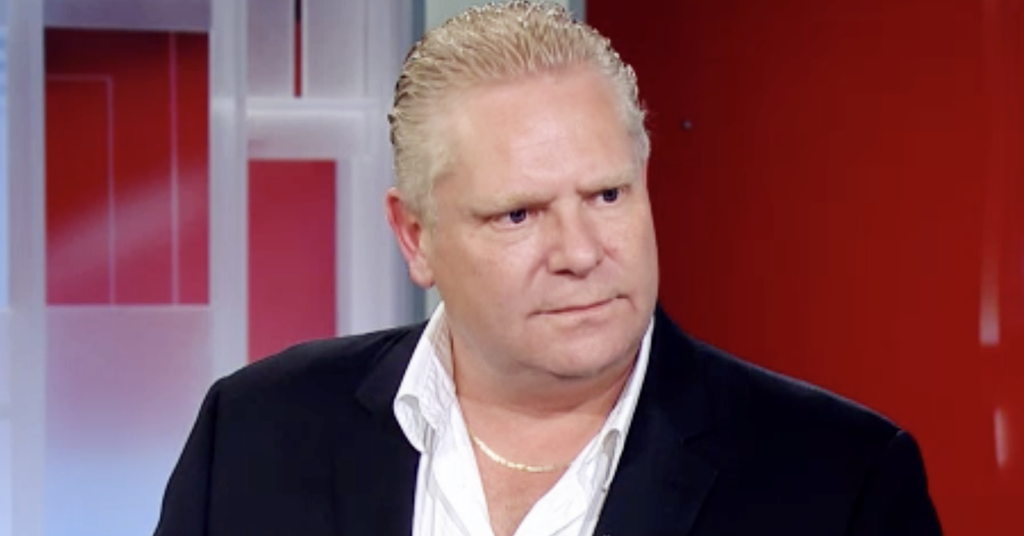 It’s not your imagination, folks.

Doug Ford’s Ontario PCs really are tangled up in a whole lot of scandals – including expensive lawsuits, accusations of fraud and a handful of police investigations.

A new analysis by PressProgress suggests up to 34 Ontario PC candidates, or 27.6% of Doug Ford’s entire slate of 123 candidates, are currently facing a variety of lawsuits, probes and police investigations.

That number does not include several revelations in the lead up to the election,  including allegations ex-PC leader Patrick Brown misappropriated party funds, allegations the PC party president sexually assaulted a young staffer, an investigation launched by Hamilton police looking into claims party officials rigged a nomination meeting or over a dozen other accusations of election fraud at Tory nomination meetings across Ontario

Here is a list several controversies during only the last month:

June 4, 2018: Doug Ford is rocked by a $16.5 million lawsuit brought by his brother’s widow accusing the Ontario PC leader of depriving her family of millions of dollars Rob Ford left behind to support his family.

The lawsuit also alleges Ford mismanaged his family’s business to “maintain the illusion” that Ford is a successful businessman.

to the point of insolvency, and then plundered Doug Sr.’s estate to maintain the illusion that they were successful businessmen and to retain their offices and compensation.”

June 4, 2018: Police announce they are investigating Ontario PC candidate Roshan Nallaratnam after allegations surfaced that the Scarborough-Guildwood candidate sent threatening messages to a member of the local Tamil community.

Despite the police investigation, Ford tells reporters he’s doubling-down on his support for the candidate, stating: “Roshan’s a great candidate and we’re sticking with him.”

BREAKING: @TorontoPolice have launched a professional standards investigation into TPS officer and Scarborough-Guildwood PC candidate Roshan Nallaratnam after alleged threats he made during the campaign. #ONpoli #yyz pic.twitter.com/AunU0jMu7Q

June 3, 2018: Ripudaman Dhillon, the Ontario PC candidate in Brampton North, faces four separate lawsuits from former clients of his immigration consultancy business alleging he defrauded individuals looking to bring their families to Canada from overseas to the tune of tens of thousands of dollars.

The party knew about about the lawsuits and approved Ripudaman Dhillon’s candidacy anyway. https://t.co/8pYhVdV3b7 #onpoli

The audio recording, produced by an Ontario PC nomination contestant, is accompanied by a sworn affidavit that includes testimony from dozens of local residents and allegations Ford followed the contestant home, waited outside her house and sought to intimidate her.

May 17, 2018: Tory lawyers are called in to clean up a mess after the Toronto Star reports Doug Ford attended a cash-for-access fundraiser that asked for $2,000 per head to sit at a table with the Ontario PC leader – something that may have broken Ontario’s campaign finance laws. Elections Ontario is currently reviewing a formal complaint filed by the Liberal Party of Ontario.

May 16, 2018: Brampton East PC candidate Simmer Sandhu resigns after the York Regional Police fraud unit launches an investigation into reports that an Ontario PC campaign operative was involved in the “inside theft of (customer) data” belonging to the company that operates the 407 Express Toll Route.

May 7, 2018: The National Post reports Toronto-area police have launched a probe into the leak of confidential files relating to a 2016 incident where police took a would-be PC candidate into custody on suspicion of cocaine possession before releasing them without charges.

That information was used in an anonymous smear campaign targeting the nomination contestant before Ford’s party disqualified their candidacy altogether. Harjit Jaswal was later nominated as the Ontario PC candidate in Brampton Centre although there is no indication who was responsible for leaking the files.