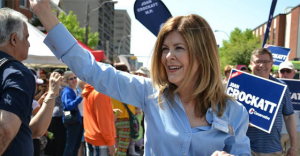 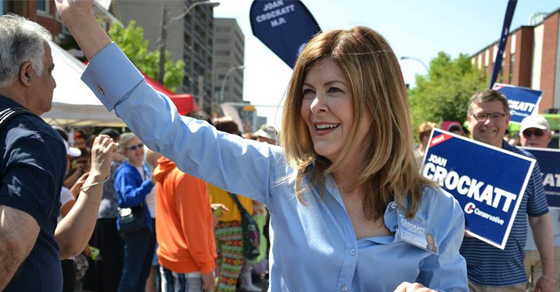 Joan Crockatt says it doesn't "help us move forward on the issues," whatever that means.

Conservative candidate Joan Crockatt’s latest excuse for why she voted against a bill recognizing gender identity in the Canadian Human Rights Act is that it didn’t “help us move forward on the issues,” whatever that means.

“So, this is a complex issue,” Crockatt told a room of booing constituents at Calgary-Centre’s all-candidates debate Tuesday.

(Note: In the audio clip above, Conservative candidate Joan Crockatt can be heard at between 0:35-1:30 of the recording; between 0:00 – 0:34, the speaker is NDP candidate Jillian Ratti.)

Yet Crockatt didn’t mention Bill C-279 passed the House of Commons with support from 18 of her fellow Conservatives, including senior cabinet ministers like James Moore, John Baird and the late Jim Flaherty all voted for it. So it appears the bill met the test of some people.

That may come as news to Crockatt, a former journalist.

In August, Crockatt dropped out of Calgary Pride following criticism of her voting record on C-279. Calgary Pride issued a statement indicating that Crockatt had told them she voted against C-279 after consulting with Egale Canada, a charity that promotes LGBT human rights.

Except Egale says that never happened. They have no record of ever talking to her. They even released a statement calling Crockatt’s statement a “complete misrepresentation” of their stance on C-279:

“Egale would never endorse or encourage or tacitly approve of a vote against C-279, in the form passed by the House of Commons. To use consultation with us as an explanation of their vote against Bill would be a complete misrepresentation.”

After Canada’s Senate passed amendments that transformed the bill from legislation aimed at preventing discrimination into one that effectively banned transgender people from public washrooms, locker rooms, and women’s shelters, Bill C-279 died in the Senate after last month’s election call.