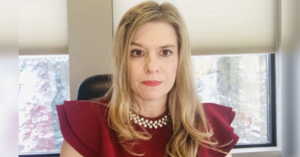 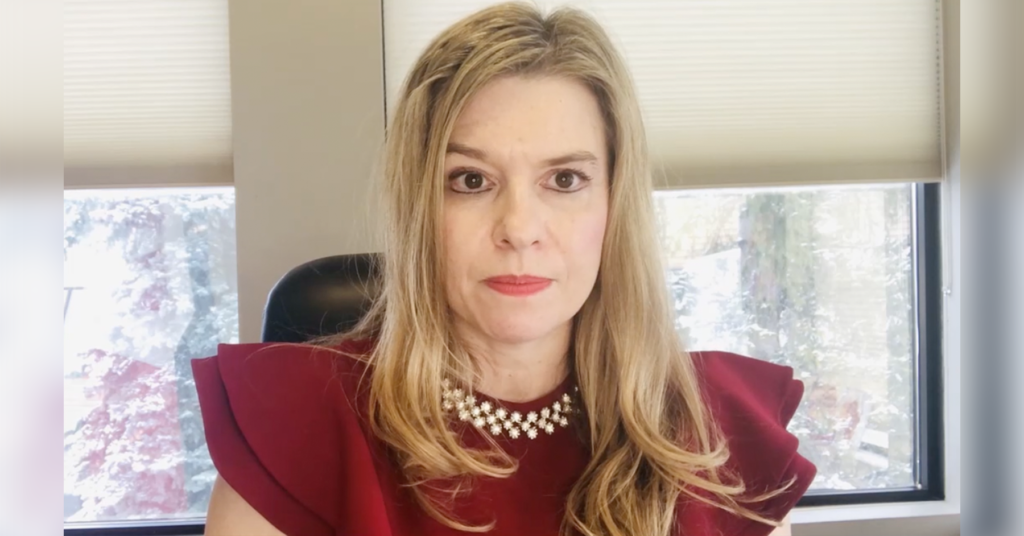 “I don’t recall hearing from you when I won (the) election... It’s disappointing to hear from you now when you’re not happy with something I did”

An old friend of Conservative MP Stephanie Kusie is wondering what happened to their former high school classmate after Kusie and dozens of Conservative MPs voted against legislation banning conversion therapy.

But Kusie, who won a byelection to replace Jason Kenney in Calgary-Midnapore in 2017, says she thinks it’s “disappointing” her gay friend would choose to criticize her now given he never bothered to congratulate her for winning her last election.

The Conservative MP engaged in the personal and, at times, bizarre exchange with her old friend from Calgary’s Lord Beaverbrook High School Wednesday night on Facebook after Bill C-6 passed with 263 in favour and 63 opposed.

Bill C-6 makes it a criminal offence to coerce minors into or profit from programs aimed at changing people’s sexual orientation or gender identity. Conservative MPs opposed the legislation claiming the bill would actually “discriminate” against LGBTQ people by restricting access to “professional or spiritual support” to “limit” their “sexual behaviour” — or “de-transition.”

Matt Salton, who runs an LGBTQ film festival in Kingston and went to high school with Kusie in the 1990s, posted a message on Facebook after learning his old friend from drama class was one of the Conservative MPs who voted against the bill.

Salton’s message recounts his friendship with Kusie as a teenager and recalls how she once visited him in the hospital when he was struggling with his identity as a teenager.

“Today Stephanie, the very same joyful, loving human I just described was one of 63 MPs who voted against Bill C-6 that would criminalize conversion therapy in Canada,” Salton added.

“Did you know that many years later, a friend of mine did her residency at the very same psychiatric hospital and that on her first week there were three Mormon teenagers being treated for suicide attempts because they were LGBT and the church tried to cure them?” 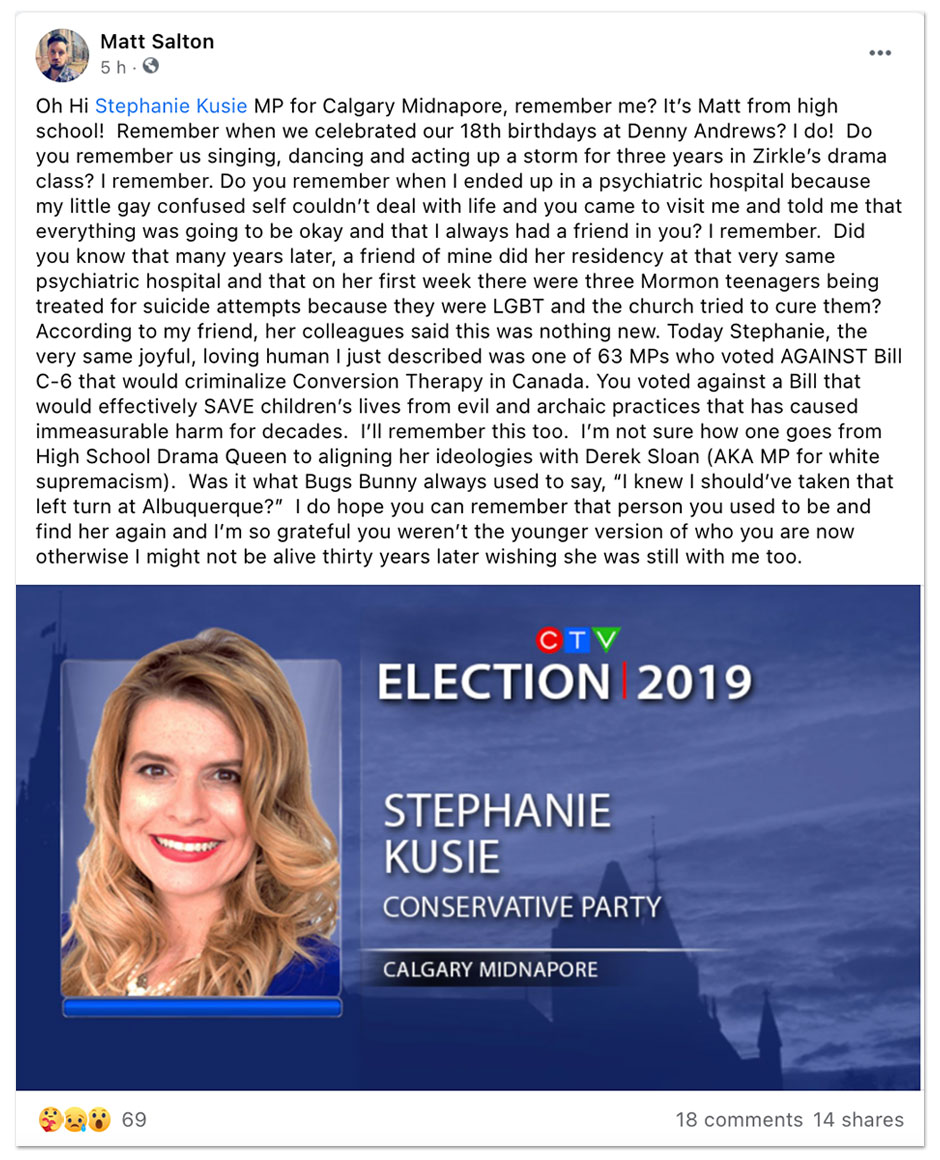 “I have messaged him privately,” Kusie added.

Salton said he stayed friends with Kusie for over a decade after high school, but eventually lost touch over the years and had no idea she became a Conservative MP until he learned she voted against Bill C-6.

“To be frank, I had no idea she was an MP until I saw her name and face affiliated with politicians who voted against the Bill,” Salton told PressProgress.

Salton said he received a private Facebook message from Kusie insisting she hasn’t “changed inside” but continued defending her position on voting against the bill.

Kusie did not respond to a request for comment from PressProgress, including questions about whether she made efforts to consult local LGBTQ groups. 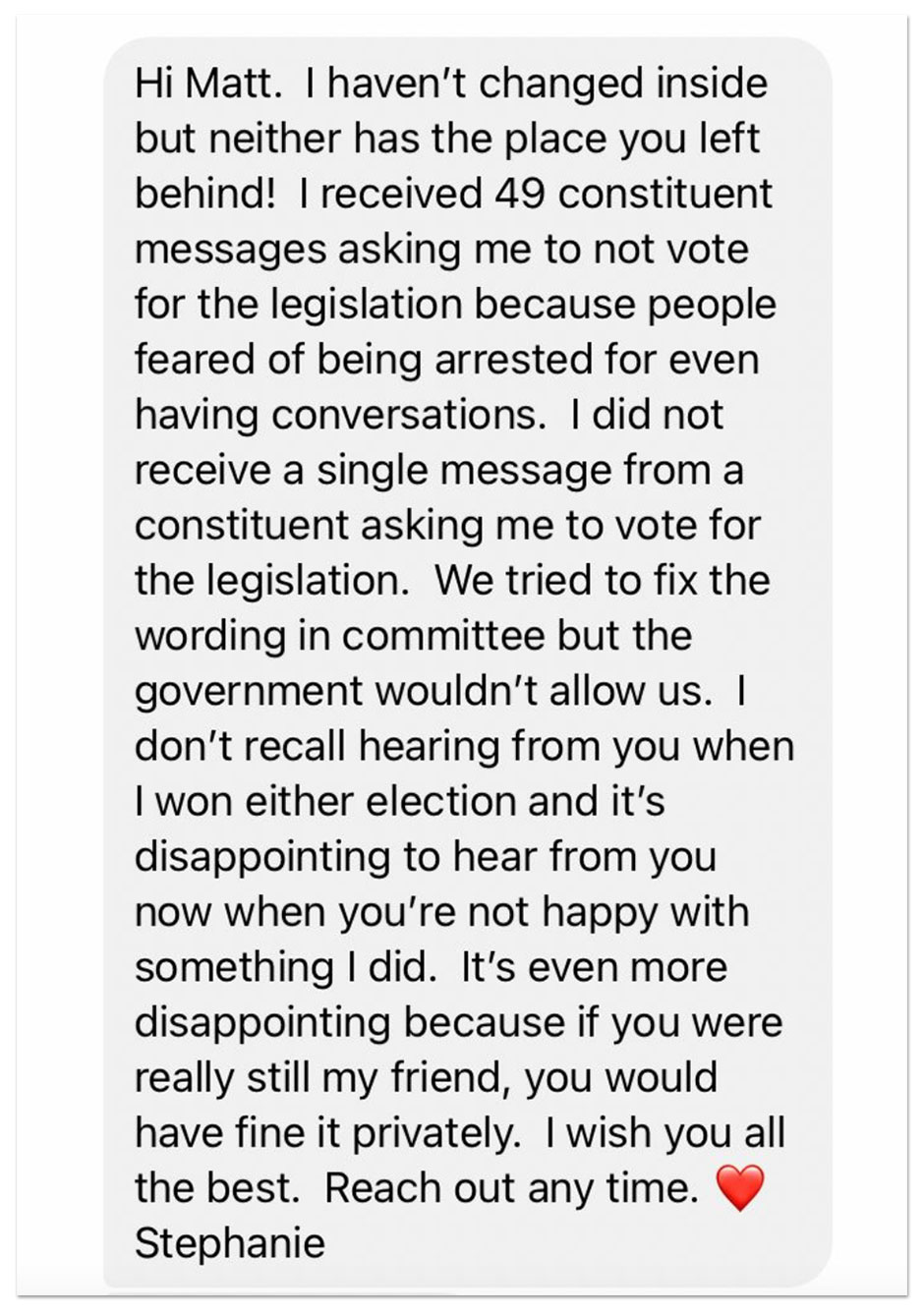 Salton said he was surprised by the way Kusie concluded her message.

“I don’t recall hearing from you when I won either election and it’s disappointing to hear from you now when you’re not happy with something I did,” Kusie wrote. “It’s even more disappointing because if you were really still my friend, you would have (done) it privately.”

“She seemed more upset with me not congratulating her on winning her elections and being called out publicly for her voting decision,” Salton told PressProgress.

“What I didn’t expect is for her response to be all about her.”