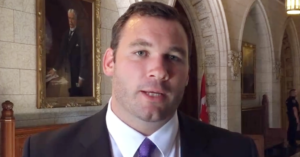 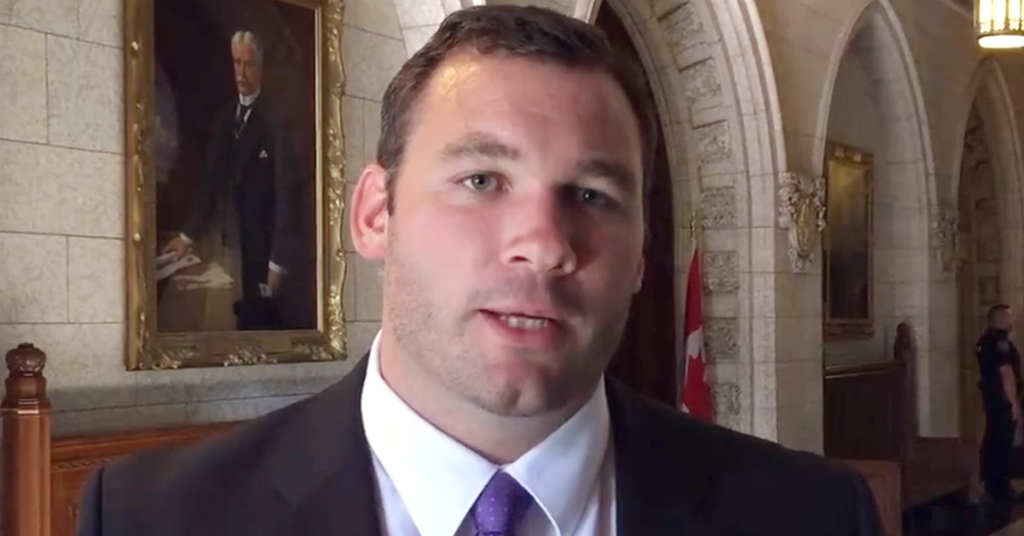 Conservative MP: Patrick Brown’s Downfall was an ‘Inside Job’ Orchestrated by Tory ‘Elites’

A sitting Conservative MP is claiming the downfall of Patrick Brown was an “inside job” – and he’s blaming conservative “elites.”

Ontario’s Progressive Conservatives were thrown into disarray last week after two young women accused Brown of sexually assaulting them while he was an MP. After initially signalling he wanted to remain PC leader, Brown resigned hours later in the middle of the night.

Speaking to reporters before a caucus meeting at Parliament Hill, Conservative MP Alex Nuttall struck a conspiratorial tone tearing into his provincial counterparts.

“This in fact was an inside job that transpired over the past week,” Nuttall told reporters without providing any evidence.

“Within 48 hours of the events, we had 28 elites whose ridings represent less than 1% of the 200,000 members of the PC Party of Ontario, trying to appoint the next premier of the party of Ontario, circumventing democracy.”

Buddy of Patrick Brown calls his ouster “an inside job,” says the “28 elites” in PC caucus tried to “subvert democracy” and appoint new leader & now “Toronto elites are seeking to expel tens of thousands of paid members” from the party. Just another morning for the Ontario PCs. https://t.co/8oTebGZWnW

Nuttall also alleged party “elites” are now rigging the upcoming PC leadership race by purging members on the basis of their “race” and “faith”:

“Now today we’ve seen they’ve doubled down, seeking to expel tens of thousands of paid memberships of the PC Party of Ontario. Well folks, I have a message for the Toronto elites and it is this: That the conservative movement should never and can never define people by their race, by their faith, and by what region of the world they come from, by their first or last name.”

Alex Nuttall not running for PC leader; angry that “28 elites” (Ontario PC MPPs)removed Brown and that party is reviewing membership lists, suggests targeting based on race.

On Tuesday, interim PC leader Vic Fideli ordered an investigation into the legitimacy of tens of thousands of new party memberships added during Brown’s time as party leader, vowing to “root out the rot” in the PC party.

In 2014, Brown endorsed Nuttall’s nomination for the riding of Barrie–Springwater–Oro-Medonte, calling him a “a close friend, supporter, and adviser to me for 11 years.”

Asked in a 2016 questionnaire “who were your political role model(s) growing up?,” Nuttall replied: “Patrick Brown.”

Grassroots anger has been building within the ranks of Ontario’s PCs for some time.

During the final year or so of Brown’s leadership, rejected candidates, riding association members and grassroots members repeatedly accused party insiders of cheating, ballot-stuffing and the outright rigging of local nomination contests.

Two months ago, Hamilton police announced they were investigating allegations of voter fraud at a nomination meeting chaired by former PC party president Rick Dykstra. Last week, Dykstra also resigned after Maclean’s reported allegations that he sexually assaulted a Conservative Party staffer when he was an MP in 2014.

As PressProgress previously reported in August, more than a dozen PC riding associations across Ontario have been rocked by controversial nomination meetings: