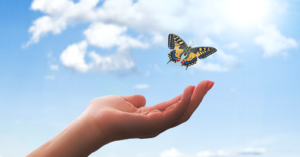 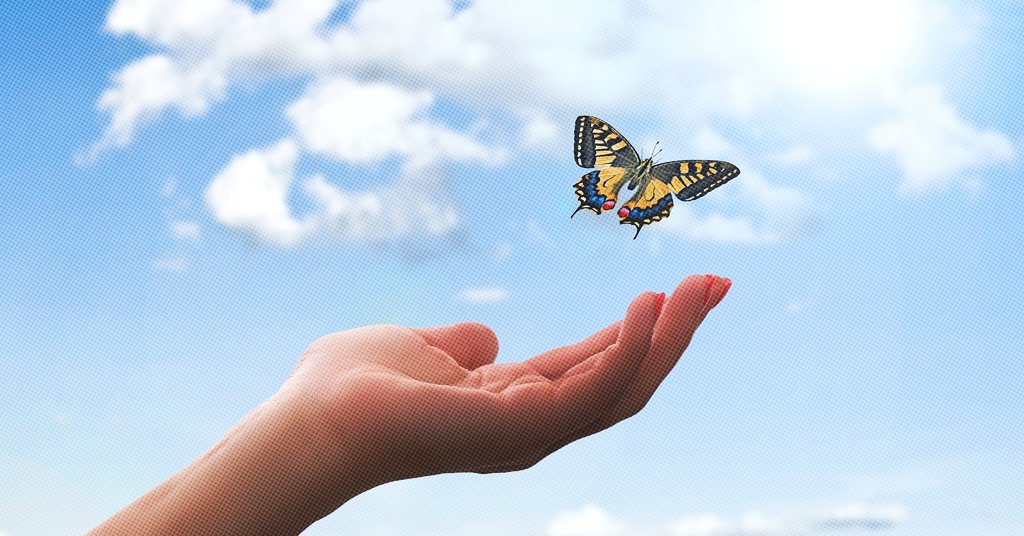 Concerned Canadians say their loved ones who once had a harmless curiosity in New Age spirituality and natural health practices prior to the COVID-19 pandemic have been unexpectedly radicalized by far-right conspiracies.

Since they first began popping up in April 2020, reactionary protests opposing Canada’s public health measures have been a ragtag mix of unlikely allies drawn from anti-vaccine communities, conspiracy groups and the far-right.

But friends and family of Canadians with views rooted in the New Age movement, including a wide variety of beliefs about spirituality and natural health, have told PressProgress that their once innocent beliefs in hidden spiritual meanings and the interconnectedness of things primed them to embrace online conspiracies.

Vicki, who lives in Toronto, said her dad was a “totally normal, average guy” before he became consumed by delusions of a brewing battle between former US President Donald Trump and an evil cabal of Satan worshipping pedophiles.

According to Vicki, her father’s interest in New Age spirituality seemed harmless. She said her dad practiced meditation and believed a positive mindset produces positive outcomes because “we create reality with our thoughts.”

But her father held other beliefs too. Vicki said her dad subscribed to a number of questionable health practices, turning to dubious spiritual practitioners to perform “body scans” to diagnose ailments and give him a “bill of clean health.”

“He spends several hours a day in his office in ‘study’ and ‘research’ and considers himself highly educated,” Vicki explained.

Things took an alarming after the pandemic and emergency lockdown orders came into effect.

“He had a small group of friends who shared his beliefs, and I think, for the most part, they kept him in check,” Vicki said. “But, they stopped their regular Sunday meetings when the lockdowns started. Now, on his own, he really seems to have descended into a rabbit hole.”

He also expresses ideas that align with QAnon, a far-right online conspiracy that claims the world is run by an evil cabal of Satanist pedophiles.

Vicki said she was alarmed when he sent her a disturbing email earlier this month urging her to “stock up on medicine, food, supplies” — the message repeated identical warnings by QAnon supporters who claimed Trump was about to initiate a purge in his final days as president.

One of the QAnon websites visited by Vicki’s father

“I believe that his involvement in the New Age movement primed him to accept conspiracy theories,” Vicki said.

Vicki’s father is not alone. Reports from around the world have raised concerns about a vocal minority of New Age social media influencers pushing QAnon messaging to their followers over the past year.

Matthew Remski, a Toronto-based cult researcher and co-host of the Conspirituality podcast, is among those monitoring the spread of far-right conspiracies and disinformation inside the New Age and wellness communities online.

“The wellness, alt-health, New Age spirituality scene was built for purpose to become a vector for QAnon,” Remski told PressProgress.

“The pillars of conspiratorial thinking, or the mindset, everything is connected, nothing happens without a purpose, and nothing is as it seems … those are the keys to heaven in New Age spirituality.”

Last June, the #SaveTheChildren hashtag, which was hijacked by QAnon followers, became popular among wellness influencers on social media.

Key to the spread of the phenomenon, Remski noted, was medical-doctor-turned-conspiracy-theorist Christiane Northrup sharing QAnon-inspired content with her 490,000 Facebook followers.

“That was basically its leap into the viral mode,” Remski pointed out. 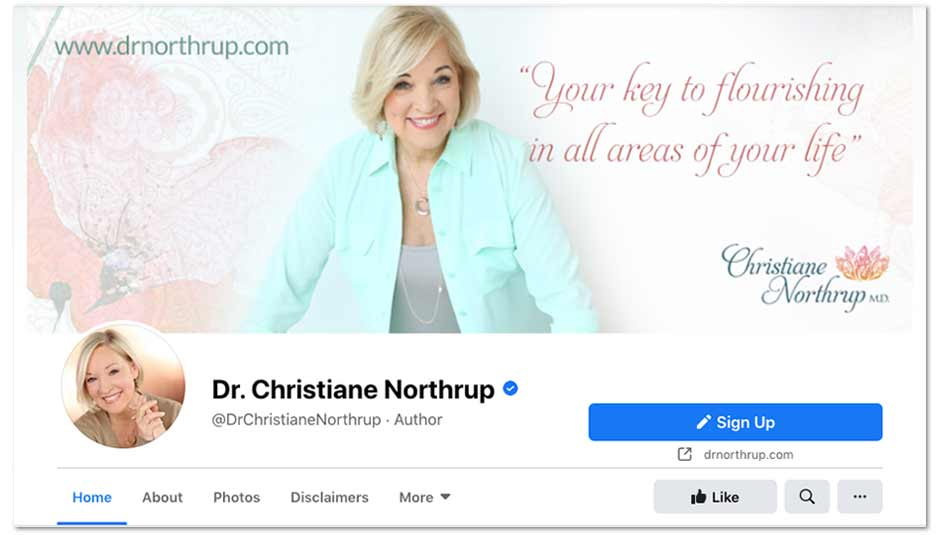 Remski said New Age and wellness spaces are especially vulnerable online because they are “completely and utterly unregulated.”

“In terms of social media virality and impact, there are no limiting factors, and really it’s the charisma of the influencer that is the coin of the realm.”

Jessica, who is based in Toronto, knows first-hand how engagement-driven social media disinformation can capture the imaginations of “holistic-minded” family members interested in New Age beliefs and alternative medicine.

Describing her cousin as a “naturalistic” person with “a strong sense of connection to environmentalism and nature,” Jessica said he became active in opposing plans to build a cell phone tower in Fort Erie back in 2016.

That’s what sparked his interest in online conspiracies claiming COVID-19 was being spread by 5G cell phone towers. He encountered these conspiracies on Facebook pages that have since been taken down.

“These sources believed that 5G decreases your ability to fight infection and they correlate the installation of 5G in cities around the world to their COVID spread,” Jessica explained.

“He was constantly posting,” she added. “Very paranoid. I nearly had to mute him.”

“He gets a lot of his information from sketchy YouTube accounts that regularly get their videos deleted,” Jessica said, stressing that “isolation” has intensified his “radicalization.”

Jessica has also noticed misinformation coming from holistic health and wellness Instagram accounts. She said members of her family recently circulated a video posted by Ben Tapper, a chiropractor and natural health advocate who frequently attacks vaccine science and what he calls “corona propaganda.”

The video caption states: “Look what Bill Gates Moderna Covid vaccination made to Shawn Skelton.” It purports to show a woman suffering convulsions after taking a COVID-19 vaccine, however, doctors who examined the woman have concluded there was no possible connection between her shaking and the vaccine. 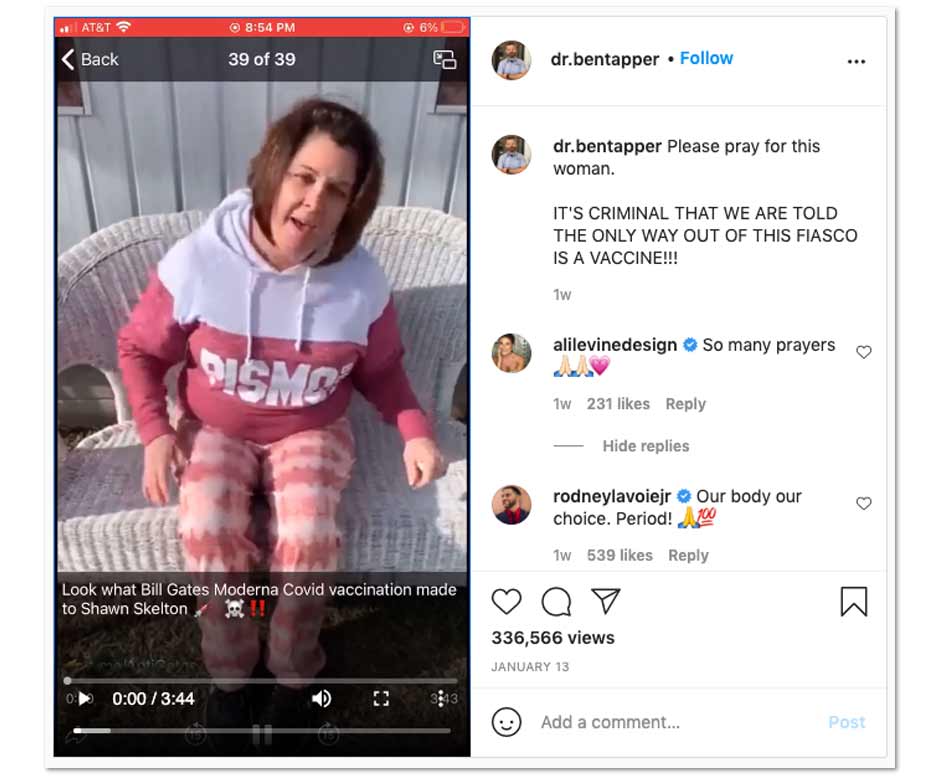 “There is nothing wrong with holistic practices or essential oils,” Jessica stressed. “However, there are corners of these communities that are directly connected to QAnon.”

More recently, Jessica said her cousin has been promoting conspiracies about the “Great Reset,” which claims a cabal of global elites engineered the pandemic as part of a plan to take control of the global economy in the name of socialism.

Notably, she added, messaging from right-wing politicians and media sources have poured fuel on the fire by amplifying parts of those conspiratorial narratives. 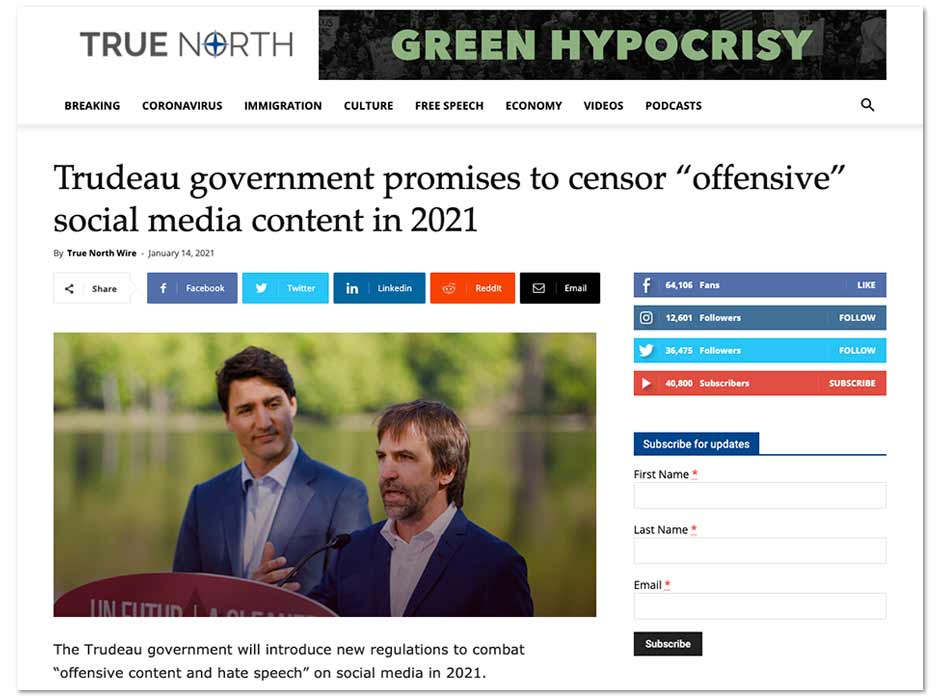 Whipping up exaggerated claims about “censorship” only serves to reinforce her cousin’s conspiratorial beliefs because he feels it validates the idea that authorities are working against him, Jessica warned.

“They feel that they are victims of wrongful censorship.”

Editor’s Note: Out of a sensitivity to the privacy of individuals involved in this story, PressProgress has used aliases for the names of two sources who shared stories about their family members.