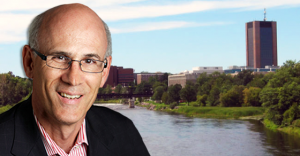 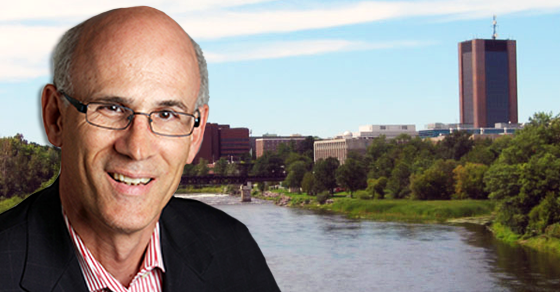 "It has no place in a lawful democratic society – it is the tactics of Brownshirts and Maoists."

Wernick is a member of Carleton University’s Board of Governors.

According to a mass e-mail CC’d to 18 different people last April and subsequently published by Carleton’s Graduate Students Association, the Prime Minister’s #1 non-partisan advisor declared the protest had “no place in a lawful democratic society” and likened the students’ actions to “the tactics of Brownshirts and Maoists.”

Wernick called it “the antithesis of free speech and open debate” and requested “sanctions” be brought upon “the disruptors”:

With all respect you really are missing the point here. The physical disruption and attempt to suppress the functioning of the lawful governance of the university by shouting down speakers and breaking up the meeting is the point.

What I would like to hear from the administration is what sanctions will be brought upon the disruptors and how it proposes to protect the peaceful lawful governance of the Board from being intimidated.”

Asked if he stands by his analogy, Wernick told The Charlatan, Carleton’s student newspaper, “I have said everything I need to say in the email, which has been posted … My position’s quite clear.”

Dr. Root Gorelick, a professor of Biology and elected Faculty representative on the Board, later blogged that the students had simply engaged in an act of “peaceful free speech and civil disobedience” and criticized Wernick’s over-the-top characterization of the students:

“The protesters certainly did not act like the paramilitary contingent of Hitler’s Nazi Party, as suggested by Michael Wernick’s brownshirt hyperbole. Michael Wernick and several of his supporters on the Board claim that they were concerned for their own physical safety, which is absurd. There were no threats of violence. As far as I can tell, there were no reports filed with Carleton’s safety office about threats to personal safety arising from the student protest.”

Last month, Gorelick (who says he blogs about Board of Governors proceedings as a way of communicating with professors and librarians who elected him to the board) faced demands he sign a confidentiality agreement, with the professor’s blog postings singled out as “problematic.”

Wernick publicly defended the Board’s move to silence dissent from the professor, telling the Ottawa Sun that “personal blogs that attack fellow Governors and university staff and dissent on matters the Board has decided are simply not consistent with the role of a Governor.”

The university’s “gag order” was condemned by faculty groups and the 68,000 member Canadian Association of University Teachers, who threatened to “censure” Carleton over its Board’s “lack of openness and transparency.”

“It’s the kind of confidential agreement that you’d expect a spy or the prime minister to sign,” said CAUT executive director David Robinson. “But for a board of a public body, it’s just absolutely absurd.”

The national voice for Canadian academic staff had already raised concerns a month earlier about the Board “holding meetings in secret.”

The Junction, a publication produced by Carleton journalism students, reports campus security has taken the unusual step of introducing “tightened screening for student journalists” at Board meetings, something that includes compiling photos of student journalists from their social media profiles.

Wernick is on Carleton’s board of governors, which has been criticized for scaling back public access to its meetings. #cdnpoli

Last June, Carleton’s Board of Governors tabled a motion seeking to remove student union representatives from the Board altogether, but later backed away from the move.

The Board’s Governance Committee, which is chaired by Wernick, argued student heads were in an irreconcilable “conflict of interest” as their duty to the Board was compromised by their duty to their constituents (students), according to Carleton’s Graduate Students Association.

Wernick did not respond to a request for comment on this story.

The Clerk of the Privy Council is responsible for providing professional, non-partisan advice to the Prime Minister on all policy and operational issues affecting the Government of Canada.

Trudeau responded, reiterating he’s “very pleased to have Michael Wernick as the new Clerk of the Privy Council” and added “we look forward to working with him to renew the professional and non-partisan public service.”