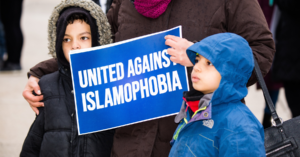 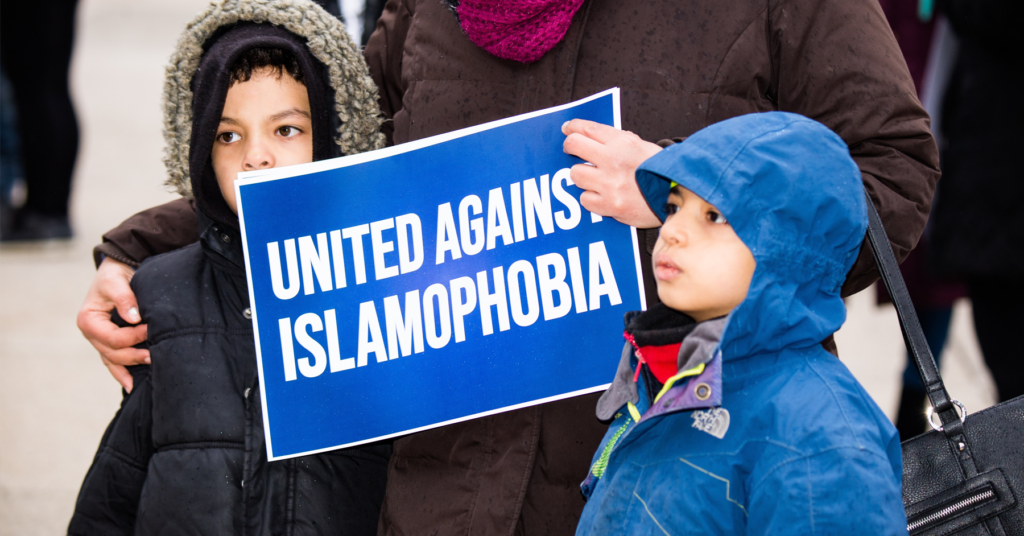 Within days of the tragic killing of members of the Afzal family in London, Ontario, this past June, various elected officials were vowing to confront Islamophobia in Canada.

Yet considering that little changed following the first such massacre of Muslims over four years ago at the Quebec City Islamic Cultural Centre, when six men were gunned down and many more were permanently injured and traumatized, thousands of people wrote to the federal government demanding concrete action.

The federal government acquiesced and announced it would hold a National Summit on Islamophobia. It’s slated for July 22.

Hundreds of community members have since been gathering through online consultations to hash out ideas and outline expectations. The National Council of Canadian Muslims has summarized the demands and put forward 61 recommendations. Other groups and individuals, including the International Civil Liberties Monitoring Group with legal scholar Azeezah Kanji, have also put forward their analysis and recommendations.

NCCM launch of recommendations for the National Summit on Islamophobia at the London Muslim Mosque todayhttps://t.co/UuS8Bxek3ohttps://t.co/bFYua2NBsC

The National Summit is a major opportunity for community advocates and allies to call for policy change at all levels of government, ranging from broader anti-racist and Islamophobia education, to stricter online legislation, to bylaws against street harassment, to targeted funding for the arts emerging from Muslim communities.

But how did we even get here?

Even before 9/11, author and academic Karim H. Karim described much of the media framing of Islam and Muslims as constructing “an Islamic Peril.” After 9/11 and the subsequent rise of Daesh, this trend only continued.

For years, Muslims were often portrayed as a fifth column, the “other” to be feared. With the US-led “global war on terror,” a major foreign policy reality for much of the 2000s and beyond, a disproportionate focus on Muslim men, in particular, was justified by officials, as were policies and legislation that threatened civil liberties more broadly and stigmatized these communities.

Poll after poll demonstrated significant swathes of the Canadian public held negative views of Islam and Muslims. Even when media outlets were encouraged to avoid stigmatizing language — for instance using the term “Daesh” to describe ISIS / Islamic State — only the Toronto Star acknowledged that the term was the most accurate and least harmful, and adopted its use (The federal government also adopted the term in all its communications after hearing from communities back in 2016.)

Then there are those media outlets that specifically and quite intentionally stoke Islamophobic attitudes, including those run by Postmedia and Quebecor.

These negative views meant that elected officials could use divisive identity politics to fuel their own political agenda. Perhaps the most egregious of these efforts were made by former Conservative prime minister Stephen Harper, who in 2011 said that the most significant threat to public safety in Canada was “Islamicism”.

The Conservative Party of Canada continuously stoked the fire of division and suspicion with a variety of efforts to attempt to demonstrate Islam and Muslims’ incompatibility with Western values and as posing a threat to Canada.

While various members of the Conservative Party of Canada have recently come out to express remorse for their role in fueling Islamophobia in this country, it’s unlikely any of those statements will stem the tide of hate that their past political rhetoric seems to have emboldened (during debates around M-103, anti-Muslim rallies were frequently held around the country).

Yes. I humble myself and ask forgiveness, and seek to make things right.

I have privilege; I am cis/straight/white. But I am also a woman who works in a system dominated by white maleness.

But no excuses. I will do what I can. That is all I can do, but it is much.

Furthermore, state-sanctioned Islamophobia is nowhere more pronounced than in Quebec where Bill 21 specifically prevents religious minorities from expressing their faith through religious clothing while working in public service roles. While the legislation is detrimental to various communities, it is widely seen as an attack on the rights of Muslim women to wear a headscarf on the job.

This climate of intolerance has economic ramifications on Canadian Muslims. A 2016 Environics Survey found that 35% of those surveyed experienced religious discrimination in workplaces and job applications. Earlier studies also indicate that women wearing the hijab and applying for jobs were asked to remove the garment in order to secure employment.

“Muslim women wearing hijab experienced obvious examples of discrimination, such as being given incorrect information regarding job availability and being denied the opportunity to apply for jobs. In addition, they were consistently made to feel invisible and unwelcome when applying for work.”

More recently, a 2011 study by the Canadian Council of Muslim Women showed that even while Canadian Muslim women are often highly educated, they are frequently underemployed.

This has been a constant theme for at least a decade, according to the report: “Muslim females encounter more difficulties in the labour market than other communities with similar demographic and education profiles, and in spite of the favourable changes in the Muslim female labour force, the labour market outcomes have not improved for them.”

Bias and hate in everyday interactions

A study by the Ontario Human Rights Commission titled “Under Suspicion” attempted to provide insights into the racial and creed profiling that impacts various minority communities in Ontario, including Muslims (the report does not include a metric to capture intersectionalities — when someone holds multiple identities).

The 2017 study showed that the number one sector in which Muslims reported experiencing racial profiling was in employment. 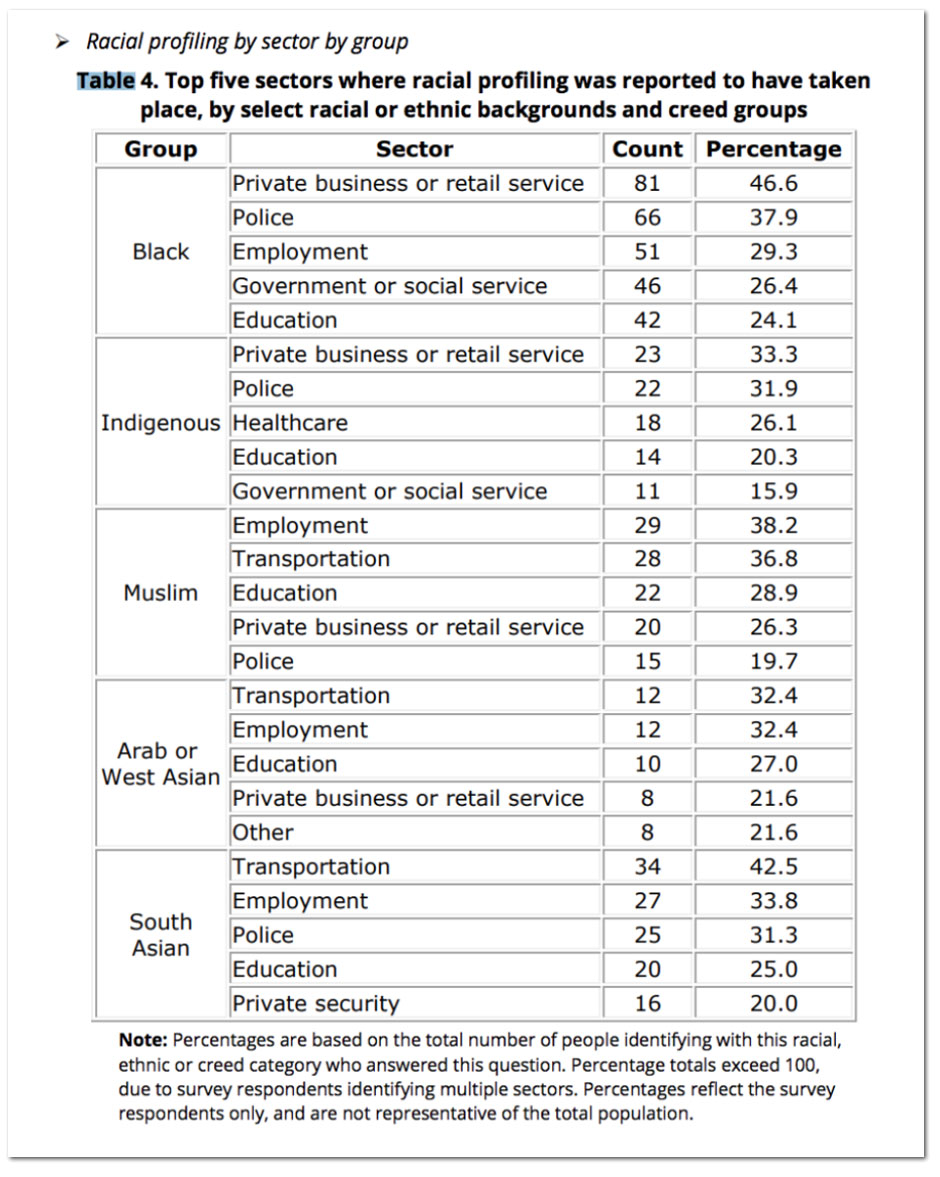 Hate crimes and hate incidents garner the bulk of attention when it comes to Islamophobia and it is important to note that since the Quebec City Mosque massacre, Canadians have had more timely access to hate crime statistics after community lobbying.

However, police-reported hate crimes remain grossly underreported in our communities; according to data from the 2014 General Social Survey (GSS) on Canadians’ Safety (Victimization), over 330,000 people reported being a victim of a hate crime.

More pressing are real concerns that not enough is being done to hold perpetrators of hate crimes accountable for their actions. This is due to the complicated nature of pressing charges, as well as a seeming lack of training and tools available to law enforcement and community organizations which could serve as safe spaces for third-party reporting for victims who are reluctant to turn to the police.

At the end of this past parliamentary session, the federal government introduced a bill that would make amendments to the Criminal Code, the Canadian Human Rights Act, and the Youth Criminal Justice Act that would bring about changes to how hate is countered in this country.

Time will tell whether these or other promises made during the Summit will deliver concrete action for Canadian Muslim communities who continue to justifiably worry about their safety and well-being.

Correction: This column originally labelled a graphic displaying racial profiling statistics as sourced from Statistics Canada. In fact, the source of that table was the Ontario Human Rights Commission.