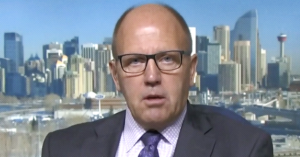 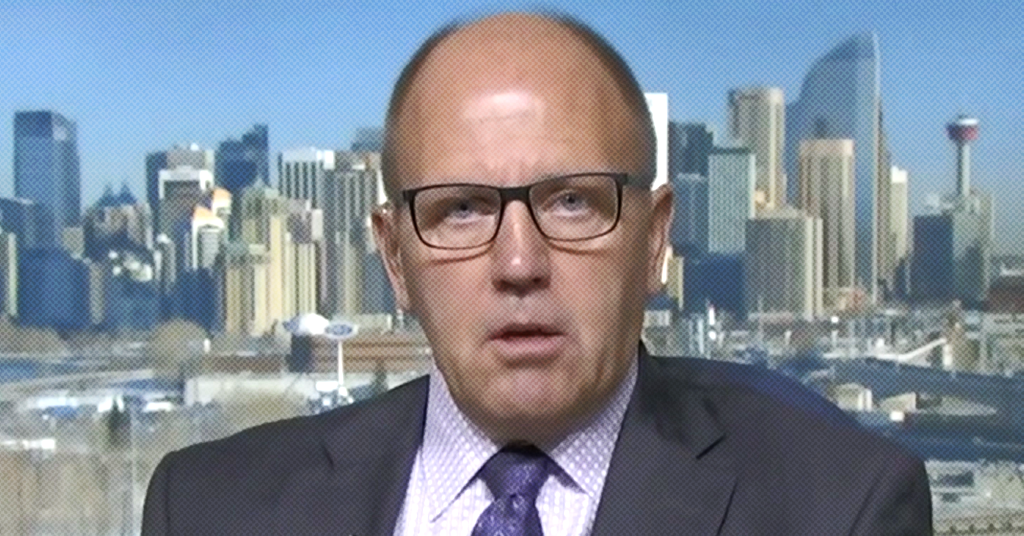 Employees of a Calgary-based oil company have been asked to share a chain letter with their loved ones warning Canada could be finished as a nation on Monday unless their CEO’s favourite political party wins the election.

According to an internal e-mail obtained by PressProgress, Whitecap Resources CEO Grant Fagerheim encouraged workers to share an anonymous letter that warns of “Alberta separation” unless Canadians vote for Andrew Scheer’s Conservatives.

“I share the concerns being outlined in the attached letter,” Fagerheim wrote.

“I would ask that you consider sharing with family and friends across our entire country,” he said, referring to an attached letter titled: “An Albertan’s letter to voters in Ontario and Quebec.”

Fagerheim told PressProgress he received the chain letter from an “anonymous writer” and decided the chain letter should be “forwarded onto our employee base” so it could be made “available for them to forward on to whom they may want.”

“I believe the letter, although not perfect, is well-crafted,” the oil executive noted to PressProgress, observing that it “captures much of the frustration and anxiety that hard-working Albertans are living through at this time.”

Fagerheim flatly denies his chain letter advocates separatism: “the letter appears to seek to avoid that outcome,” he said.

The 1,276-word chain letter begins on a dramatic note, declaring to readers that “the fate of Canada and our incredible province of Alberta rests in your hands.”

It blames Alberta’s economic struggles on a “legislated recession” that is sabotaging the provincial economy and claims “50% of Albertans” are prepared to separate from Canada — a figure disputed by pollsters.

“We’ve been beaten into submission,” the chain letter states.

“Terms like ‘Western Alienation’, ‘Republic of Alberta’ and ‘Wexit’ have become very common. All too often you see ‘Liberal on Oct 21, Separatist on Oct 22’. This movement is real. I mean, REAL.”

“If another Liberal government is elected, even worse a Liberal minority with the Green or NDP propping it up, Alberta’s energy sector will just board up the windows and go elsewhere,” the chain letter warns.

“It will be crippling for the entire nation.”

“Alberta separation would be a crushing blow to this country and its economy,” it concedes, but suggests that “it doesn’t have to be this way.”

“Fellow Canadians, please consider this when casting your ballot,” urges the letter. “There is a fragility in this nation that could be fractured with stroke of a pen, and the power rests firmly in the hands of your provinces.”

Fagerheim is also a vocal supporter of Alberta Premier Jason Kenney and has, on occasion, been spotted boosting federal Conservative candidates.

Doorknocking, I ran into Grant Fagerheim, President-Whitecap Resources Inc. & I’m happy to say, a supporter of mine for the nomination. He has been in the media about the necessity of the GOA limiting oil production to deal with the differentials. #cpc #cndpoli #abpoli #yyc pic.twitter.com/ICYE74mjsG

He also has close ties with former Saskatchewan Premier Brad Wall, who sits on Whitecap Resource’s board of directors.

Both Wall and Fagerheim helped organize a political action committee called the Buffalo Project, a group that takes its name from a 1905 plan to merge Alberta and Saskatchewan into one super-province — although the group told CBC News it does not advocate for Western separatism.

A number of prominent right-wing voices in Alberta have increasingly turned to divisive rhetoric about national unity.

Calgary radio host Danielle Smith recently called Alberta a “doormat” and mused about “national unity” and “Alberta separation” — she even wondered out loud if the province should return to its 1903 boundaries when Alberta and Saskatchewan were joined as one.

Calgary celebrity millionaire W. Brett Wilson, a prominent right-wing voice in Alberta politics, has mused about the idea Alberta could “leave Confederation” — although Wilson is very clear that he’s “not a separatist.”