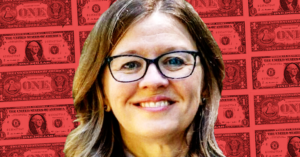 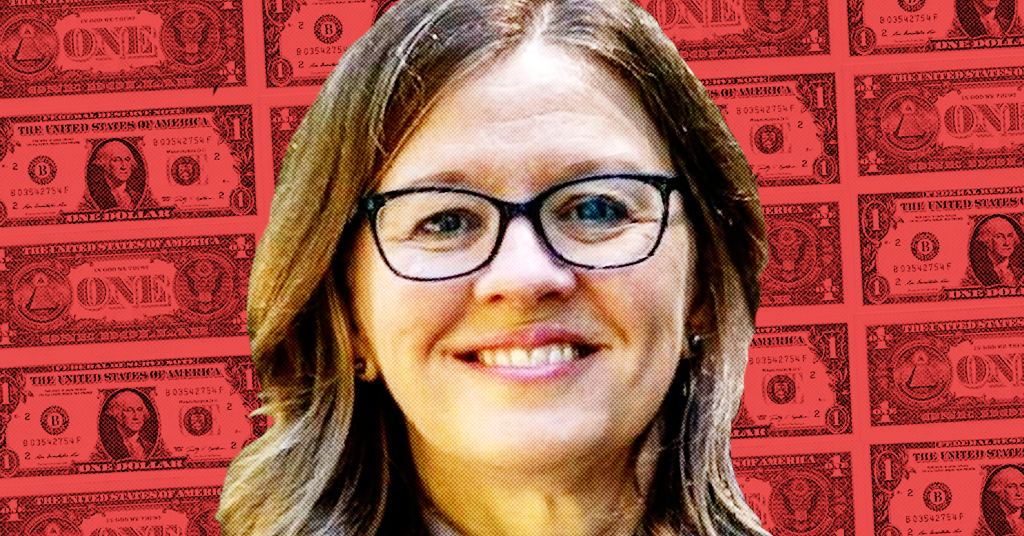 The BC researcher who laid the groundwork for Alberta Premier Jason Kenney’s recently announced public inquiry targeting environmental groups appears to be welcoming anonymous and foreign donations to fund her own work.

Vivian Krause, a salmon publicist turned “independent researcher,” announced last month that she wants to make a documentary film called “Fair Questions” that will expose an alleged “multi-million dollar” conspiracy between environmentalists and US foundations run by the heirs of 19th century oil baron J.D. Rockefeller.

Krause is known for publishing articles claiming the Rockefellers are providing foreign funds to environmental groups to “land-lock Canadian oil.”

That’s why it may be ironic that Krause’s crowdfunded documentary film project  about “foreign-funded” activists appears to accept out-of-country donations from foreign citizens. 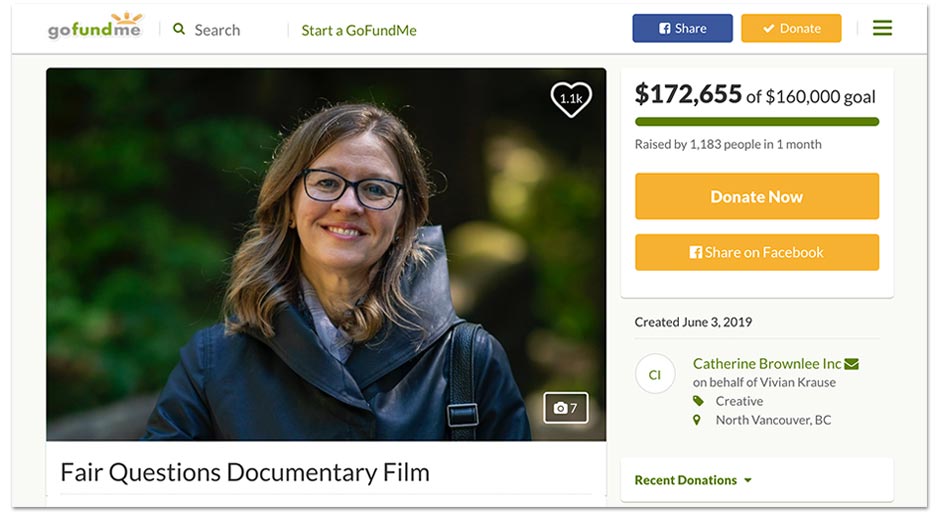 In the past, Krause has encouraged robust public scrutiny of her funding sources.

“In fairness, I’m asking questions about other people’s funding, it’s only fair that I disclose my own,” Krause told CBC’s Wendy Mesley earlier this year.

“People can question my funding — that’s a fair question.”

But after initially agreeing to respond to questions from PressProgress about her crowdfunding campaign, Krause failed to answer multiple sets of written questions about anonymous and foreign donations to her film project.

One question, to which Krause provided no response, was whether she took any steps to prevent foreign individuals or groups from funding her film?

Two foreign citizens, one based in the United States and the other overseas in the United Kingdom, confirmed to PressProgress they could successfully donate to Krause using only their first names and an initial in place of their last names.

The foreign citizens were asked to submit donations in order to confirm Krause’s crowdfunding page has no mechanism to prevent foreign or anonymized donations.

According to GoFundMe’s guidelines, donors can submit payments from “all over the world,” with the exception of several countries, including China, Syria, Iran, North Korea and Cuba.

An American donor to Krause’s documentary film provided PressProgress with a screenshot showing that they listed the United States as their country of residence. The donor also provided a confirmation e-mail indicating their donation to Krause’s film project was successfully processed.

They too received an e-mail confirming the donation was processed with no issues.

One anonymous donation alone amounted to a staggering $10,000.

It remains unclear if Krause herself knows the true identity of the individual who gave her $10,000, let alone any of her other 243 anonymous donors.

Brian Benchoff, a tech writer for Hackaday, told PressProgress any politically sensitive crowdfunding campaign that uses a platform like GoFundMe exposes themselves to questions about transparency.

“Say someone would like to make a documentary on some political issue — without transparency of where the money comes from, the funding could easily come from a foreign source,” Benchoff explained.

That, he said, “could be interpreted as foreign influence on political speech.”

But some environmental groups suggest the shadowy transparency surrounding Krause’s GoFundMe campaign may in fact reinforce her central point.

“I’m starting to think she may be right.”

Thankfully, a good chunk of the funding for Krause’s film does appear to come from donors closer to home.

At least 37 donors have names that match those of wealthy Calgary elites and other corporate heavy-weights in Alberta’s oil and gas sector, giving Krause’s campaign a total of $19,000.

A few of those names include:

Of the names listed above, only W. Brett Wilson and Cenovus CEO Alex Pourbaix confirmed they donated to Krause’s film project.

Wilson told PressProgress his $2,500 donation is “public info” while a Cenovus spokesperson characterized Pourbaix’s $1,000 contribution as a “personal donation.”

Another familiar name on Krause’s donor list is Greg Kyllo, which is the same name as a sitting BC Liberal MLA — Kyllo’s office did not respond to questions about the $200 donation.

The BC Liberals, public records show, received more than a million dollars from foreign and out-of-province corporate donors as well as tens of thousands of dollars in donations from offshore oil and gas companies prior to 2017.