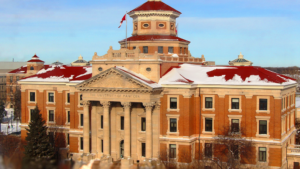 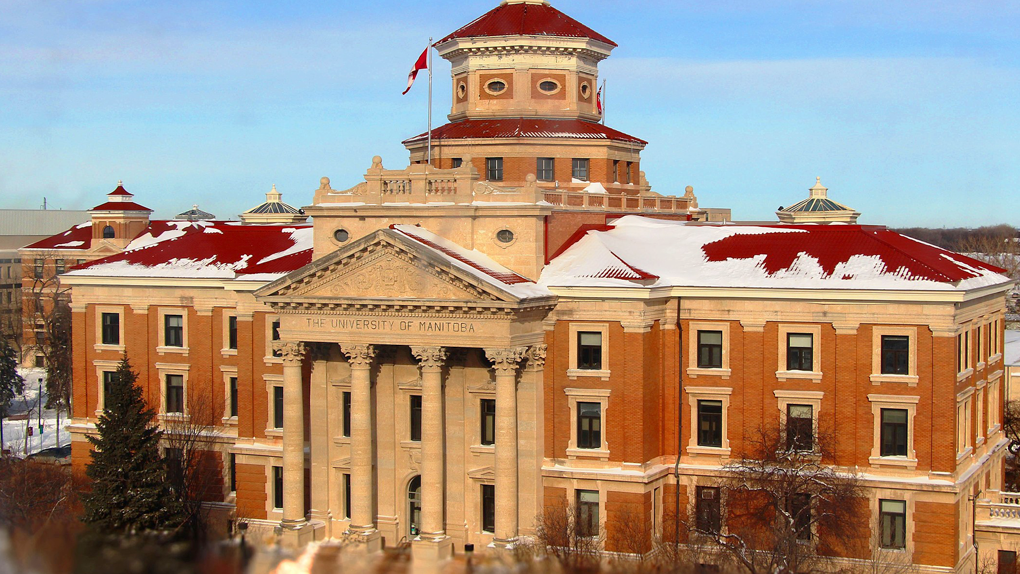 “If you continue to be treated this way, why would you stay?”

The University of Manitoba is having trouble recruiting and retaining Indigenous scholars following five years of frozen wages, faculty say.

Dr. Niigaan Sinclair, the Acting Department Head of Native Studies at the U of M, has taught at the university for the past 10 years. In that time, he’s helped grow the department from 3.5 positions to 8.5 positions — but finding Indigenous scholars to stay in those positions long-term has been a challenge.

“We can’t keep people,” Sinclair told a webinar Monday hosted by Students Supporting UMFA. “In the past four years, every junior faculty member has left except for our most recent crop which have been here for under two years.”

The U of M Faculty Association is currently on strike for higher wages to improve recruitment and retention across all faculties, including the growing field of Native Studies. On Monday, the University of Manitoba rejected UMFA’s most recent offer to end the strike.

The wage dispute began in 2016 when Brian Pallister’s PC government “substantially interfered” in bargaining and forced the University administration to withdraw a wage increase — effectively freezing faculty wages for the past five years.

The courts ruled that the government interfered in the 2016 UMFA negotiations, and the university administration was also found guilty of an unfair labour practice.

However, the wage increase promised to faculty was never put back on the table.  The government has indirectly pressured the University administration to keep wages low through mandate letters for the current round of bargaining and last year’s wage re-opener negotiations.

The U of M salaries are the second lowest out of all U15 research universities in Canada.

Meanwhile, demand for Indigenous academics across Canada has never been higher — particularly as universities begin to implement the 2017 Truth and Reconciliation Commission’s Calls to Action. Despite being the province with the highest Indigenous population per capita in Canada, faculty say the University of Manitoba is a “revolving door” where top Indigenous talent is quickly recruited by universities with higher salaries.

Sinclair himself says he has received nine job offers over the last 10 years from institutions outside Manitoba but he’s stayed for family and love of the community.

“Because we have the Indigenous class requirement they’re going to have to teach much bigger classes here than anywhere else in the country,” Sinclair told the webinar.

“New faculty members, we almost have to break it down to them early and say, ‘You’re going to be on more committees than almost any of your other colleagues coming out of a PhD program,” Sinclair added. “The amount of pay that you’re going to take is the smallest out of all the U15 universities – or the second last anyways.”

Sinclair notes his own research has “suffered immensely” because of the high workload.

“If you continue to be treated this way, why would you stay?”

The U of M Native Studies department has the second oldest PhD program in the country. Sinclair believes the Indigenous community deserves better from the province’s only research university.

“To be a part of it is very exciting.”

“What’s happening in Manitoba is remarkable. Name me a time in Canadian political history where a premier or a leader of any, I don’t care, municipality, or prime minister, was removed because of racist and incorrect comments that divided Indigenous and non-Indigenous peoples,” Sinclair said.

“Brian Pallister’s the first. It happens in Manitoba. He was removed from his own party because of his comments around Indigenous peoples.”

“I’ve invited him to take a Native Studies class which of course got me in a lot of trouble a couple years ago with our department.”

“If Premier Stefanson is dedicated to the well-being of students, she will call an end to the strike,” Sinclair added. “She will do the right thing and rectify this horrendous, horrendous situation which was created under the time of Brian Pallister and is now five years old.”

Peter Kulchyski is a Full Professor in the department of Native Studies and helped establish the Native Studies PhD program since he joined the U of M in 2000. He’s seen the field evolve since the 1980s and is worried that University of Manitoba is no longer seen as a “destination” for Indigenous academics, but a pit stop on the way to better opportunities.

“I know that every single Indigenous graduate student who has come out of our PhD program has landed an academic job. That’s a pretty good success rate, I don’t think a lot of departments can say that. The University of Manitoba has basically turned into a training ground for Indigenous scholars who get scooped up by other institutions,” Kulchyski told PressProgress.

“One of the reasons is our overall salary picture is very poor, and it’s gotten dramatically worse since 2017. We’re falling behind in a field where, academically, we are among the leaders.”

Indigenous scholars who build long term careers at the University are able to grow roots in the broader community, Kulchyski adds. By bringing in larger grants as their careers progress, Indigenous scholars can provide stable research and employment opportunities for Indigenous students, many who come from northern reserves to study in Winnipeg.

“There’s an intergenerational dimension to this. That’s absolutely a critical key.”

Indigenous scholars from all faculties are in high demand across the country, including business, science and nursing — not just Native Studies.

Michael Minor, a Writing Skills instructor in the Inner Cities Social Work Program, says the lack of Indigenous scholars in Social Work is a “crisis” that affects the broader Indigenous community in Manitoba.

“Almost all of the social workers in Manitoba are trained at the U of M. But there are almost no Indigenous teachers, or professors, because other schools and other provinces are valuing Indigenous scholarship more in finding ways to attract those big names in the field away from Manitoba.”

“This is a big part of fulfilling the 94 recommendations from the Truth and Reconciliation Commission. That’s more Indigenous content and more Indigenous ways of teaching and learning. And yes, there are lots of separate scholars that do that work, but it’s not the same as having Indigenous scholars.”

Minor pickets outside the legislature every day alongside other UMFA members on strike, asking Stefanson to remove the provincial mandate pressuring the university keep wages low.

Stefanson has repeatedly refused to meet with them. Minor also participated in a protest outside Stefanson’s constituency office on Monday. When they arrived in the morning to request a meeting in person, Stefanson’s office was locked and the lights were off.