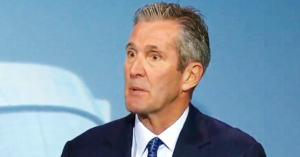 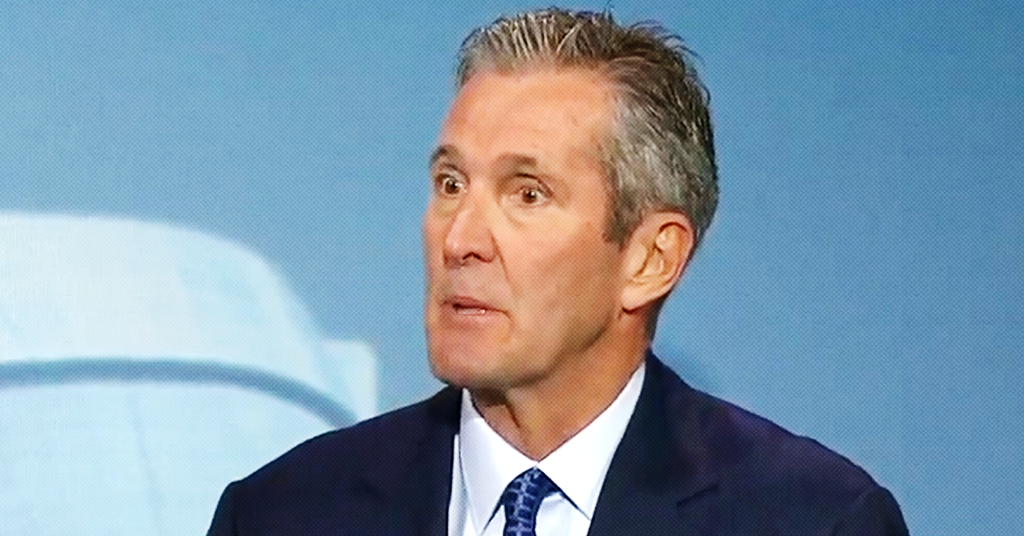 Manitoba’s Progressive Conservatives have finally released an election platform with only a week to go before election day.

But Brian Pallister’s party left a few important details out.

For example, the Manitoba PC platform includes a section titled “highlights of the PC government record” that purports to show Brian Pallister’s PCs did a good job “keeping our word.”

“We shortened ER wait times,” the platform document declares, further boasting that under Pallister’s leadership, Manitoba “became the only province in Canada to reduce ER and other wait times.”

But there’s just one small catch — Manitoba still has one of the longest ER wait times of any province in Canada. 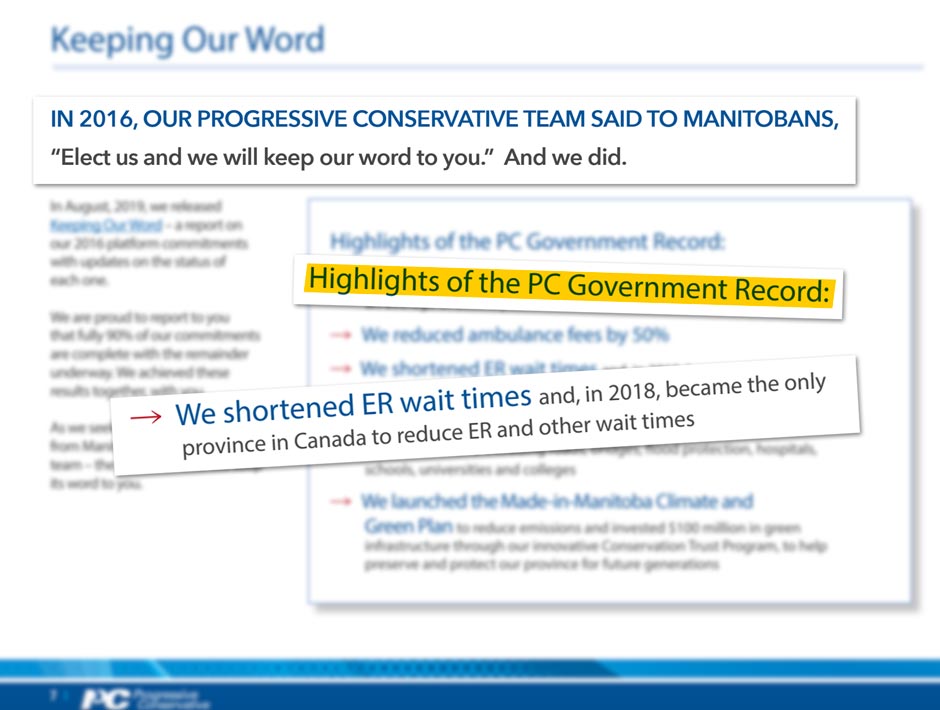 The most recent data from the Canadian Institute for Health Information shows the only province with longer wait times than Manitoba is Prince Edward Island.

Manitoba had 4.4 hour long wait times compared to a Canadian average of 3.2 hours.

PEI, which has four hospitals with emergency departments in the entire province, had average wait times of 4.6 hours.

Wait times in Manitoba are also likely longer now than those stats suggest since the data predates the Pallister government shutting down emergency rooms and cutting deep into health spending.

For example, the Concordia and Seven Oaks emergency departments both closed in 2019, switching to urgent care centres less equipped to deal with life or death situations.

Although 2019 province-wide wait time data is not yet available, data across all of Winnipeg’s emergency care centres and departments shows a steady increase in wait times over last year, CBC News reported.

The PC platform, meanwhile, claims it will build one new emergency department at St. Boniface hospital in Winnipeg, without mentioning the three Winnipeg facilities the Pallister government closed.

And while the PC platform proposes hiring 200 new nurses, the province employed over 550 fewer nurses in 2018 than it did a year earlier.