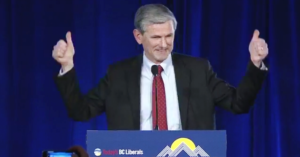 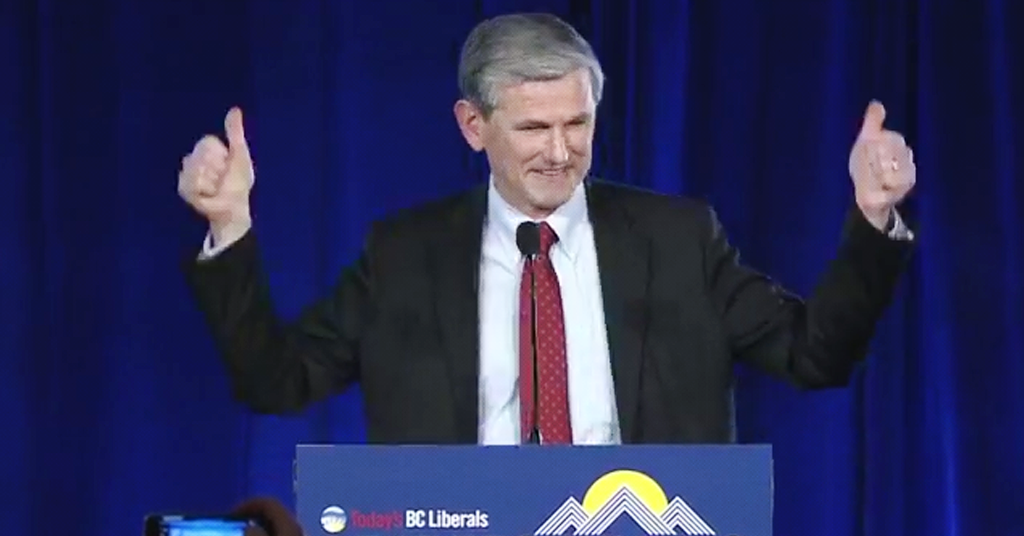 The BC Liberals are still relying heavily on corporate executives and wealthy elites to pay their bills, a newly released interim political contributions report published by Elections BC suggests.

High-rollers from Corporate Canada accounted for at least one-third of individual donations to the BC Liberals during the period covering July to December 2018.

While British Columbia’s 2017 big money ban got rid of corporate donations and capped individual donations at $1,200, a review of the new filings by PressProgress  highlights the BC Liberal Party’s dependency on cash from elite circles.

Between the same reporting period in 2017 and 2018, the BC Liberals saw a massive 72% drop in funding as a result of the big money ban.

Yet during the last half of 2018, the BC Liberals received 32% of their individual donations from people like CEOs, corporate executives, corporate directors or partners at corporate law firms.

The BC Liberals also count on significantly larger donations from fewer donors than other major parties.

These donation patterns may cast new light on recent BC Liberal policy positions benefiting the rich, including tax-breaks for real estate speculators and homeowners with property valued over $3 million.

The names of seven associates from Rice Harbut Elliot, an injury-claims law firm, also appear in the filings making top-tier donations to the BC Liberals. The firm’s predecessor, Jarvis McGee Rice, donated $8,000 to Christy Clark’s election war-chest back in 2017 before the big money ban was passed.

Injury claim law firms thrived under the old BC Liberal government. In 2014, Clark’s government infamously scrubbed a report calling for a cap on unlimited payouts to accident claimants and their legal representatives, sending the public auto-insurance provider into financial free-fall.

The BC Liberals now claim the best solution to the financial mess they created is for ICBC to be privatized.

Another familiar name that appears on the BC Liberal donor list is Mo Yeung Ching,  a wealthy real estate developer who was named in the Panama Papers and appears on China’s “most wanted” list for alleged embezzlement.

According to news reports, the BC Liberals staffers say they are finding it “harder and more time-consuming” to raise funds without corporate donations.

One staffer said his party now has to “talk to people” and “put more effort into understanding” issues people care about.

Before the BC government introduced the corporate and union donations ban, the BC Liberals received millions of dollars in donations from major corporations, including from the real estate, big pharma, resources and private insurance sectors.