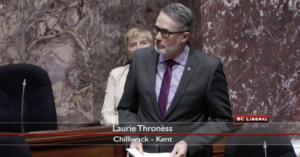 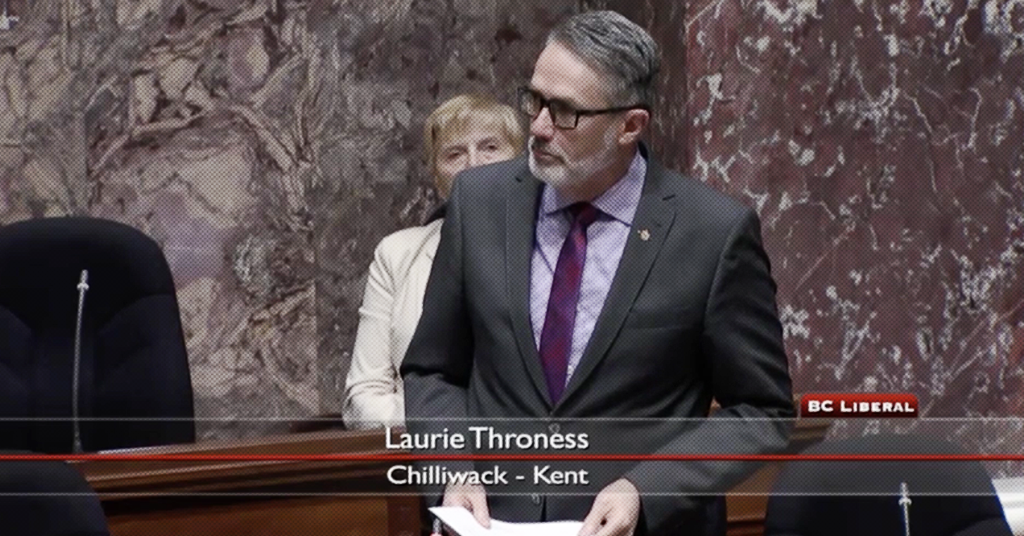 One of Andrew Wilkinson’s BC Liberal MLAs says he worries an initiative aimed at protecting LGBTQ students from bullying will scar school children for life.

Laurie Throness, the BC Liberal MLA for Chilliwack-Kent, told the BC Legislature this week that the province’s SOGI 123 program, an anti-bullying initiative designed to promote safe and inclusive school environments, may leave school children with  “mental health issues” and other “long-term unintended consequences.”

Although he stressed “no child should be bullied,” the BC Liberal MLA would go on to argue that teaching school children about gender could “imply, even indirectly” that there “may be something different” about them, warning this knowledge has the power to “destabilize some children in serious ways.”

The BC Liberal MLA was responding to a BC NDP motion expressing support for the SOGI initiative and its goal of promoting “safe and inclusive learning environments that are free of discrimination for all students.”

“I think of gender as a resilient plant rooted in the soil of our biological characteristics,” Throness told the Legislature.

Although gardeners frequently transplant plants and trees into different soils without incident, Throness warned that separating a plant from its “biological soil generates inner conflicts that can result in mental health issues.”

Throness expressed relief they did not have a SOGI program when he was growing up in “the tough oil town of Fort St. John,” explaining that he may have wondered if “maybe I’m really a girl inside” when his classmates made fun of him for being a boy named “Laurie.”

“Happily, it never occurred to me to question my gender,” Throness said.

“To suggest that (LGBTQ children) and those who acknowledge their existence are somehow responsible for the depression that they face because of people who are full of hate towards them is, again, completely a misdirection,” Herbert said.

The vast majority of MLAs on all sides of the aisle spoke in support of the motion brought forward by BC NDP MLA Nicholas Simons.

“I wish this was around when I was in elementary school or in high school. This would have created a place for people like myself and others who – I wouldn’t have known at the time – were also thinking about these kinds of things,” Simons said.

Throness has a lengthy history of sharing bizarre views and pushing hardline social conservative policies in the BC legislature.

In 2016, the BC Liberal MLA claimed the LGBTQ community had become a “powerful lobby” that discriminates against people whose views on gender are “rooted in Christian faith.”

Earlier this year, the MLA argued that public child care isn’t needed because parents should stay at home instead.

In a bid to promote tourism to BC, last year Throness called on the next BC Liberal leader to create a giant statue by carving “a pair of upraised cupped hands” into an unspecified mountain that would be big enough to hold “a couple dozen” tour buses. Throness described his idea as “an art project of immense proportions.”

Earlier this year, Throness made headlines when he attended a anti-abortion rally in Victoria alongside former BC Liberal cabinet minister Rich Coleman.