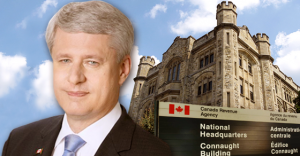 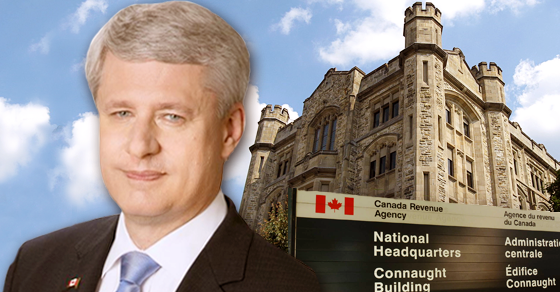 That’s according to their 2015 tax filings with Canada Revenue Agency. For those of you keeping track, this now makes it at least four years in a row that right-wing think tanks such as the Fraser Institute have reported zero political activity.

According to CRA rules, Canadian charities are permitted to devote up to 10% of their organizational resources to “political activities.”

Well, hmm. It looks like they didn’t report anything: PressProgress looked at the filings of 10 right-wing charities for the year 2015.

These are the same right-wing think tanks that the Broadbent Institute examined in two earlier reports that looked at the tax-filings from 2011 through 2014.

Just like in previous years, eight of the 10 groups reported they carried out no political activities whatsoever in 2015. i. Explicitly communicates a call to political action (that is, encourages the public to contact an elected representative or public official and urges them to retain, oppose, or change the law, policy, or decision of any level of government in Canada or a foreign country);

iii. Explicitly indicates in its materials (whether internal or external) that the intention of the activity is to incite, or organize to put pressure on, an elected representative or public official to retain, oppose, or change the law, policy, or decision of any level of government in Canada or a foreign country.

Back in 2012, lawyers representing Ezra Levant’s Ethical Oil astroturf group cited this definition when they filed complaints to the CRA about a number of environmental groups.

Specifically, they pointed to various campaigns and online postings to argue the groups were engaged in political activities that “explicitly communicate to the public that the Government of Canada should change its policies…”

A little while after that, the Harper government created a special fund to ramp up political activity audits of environmental groups, later expanding the program to target anti-poverty and human rights charities.

While in opposition, the Liberals described this as “tax audit harassment” and a “witch hunt” against critics of the Harper government. They even campaigned on a promise to “modernize the rules” so charities could do their work “free from political harassment.”

Lebouthillier now says she’d like to hold “consultations” with charities to “clarify the rules,” without any specific reference to the Liberal campaign promise. In the meantime, the audits continue and one charity, Canada Without Poverty, has launched a constitutional challenge.

And what about their latest tax filings to CRA reporting zero “political activities”?

CRA may want to check out these many possible examples of political activity in which these groups engaged in 2015.

The Fraser Institute is a think tank that says it promotes “a free and prosperous world through choice, markets and responsibility” through “careful, accurate, rigorous measurement” of data. On the other hand, Fraser Institute’s Executive Vice President has also admitted the think tank’s “research agenda” is also connected to a political “communications agenda.”

If CRA says “political activity” includes communicating to the public that laws and policies should be retained, opposed or changed, would this fall within the definition?

Or what about when Fraser Institute communicated “five key areas for action” on interprovincial trade policy, along with a labour-intensive infographic? And what do we call it when a charity publicly requests a sitting finance minster to “reconsider” campaign pledges to raise taxes on the rich, and instead “form tax policy” based on evidence from “his old think-tank”?

The Canadian Constitution Foundation says its activities include “education, communication and litigation,” but others describe the charity as a “court challenges program.” The CCF, which boasts numerous connections to senior figures within the Conservative Party of Canada and the wider conservative movement, is currently supporting a high-profile constitutional challenge against the Canadian health care system.

So what do you call the soliciting of tax deductible donations for campaigns that advocate “standing up for the right of all Canadians to choose how and when they access their healthcare”?

And what about a “free beer” campaign to “bring our laws in line with the constitution” because “it’s time to free consumers and small business from government control”? And what about calls for “elitist” legislators not not interfere on policies relating to the “parental rights, school choice, and religious freedom of parents”? The Macdonald-Laurier Institute says its activities include “research identifying current and emerging economic and public policy issues facing Canadians” and “communicating the conclusions of its research to a national audience in a clear, non-partisan way.” B

Is producing flashy videos laying out “the case for reform” of the health care system a way to communicating that a law or policy should be retained, opposed or changed? How about calling for a “referendum” on Senate reform because it’s “the best way to make the changes Canadians need to see”?

Or what about making “recommendations” on “controversial anti-terror legislation”?

Meanwhile, the “witch hunt” against charities devoted to “preventing poverty” go on.