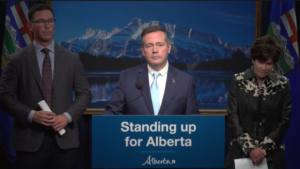 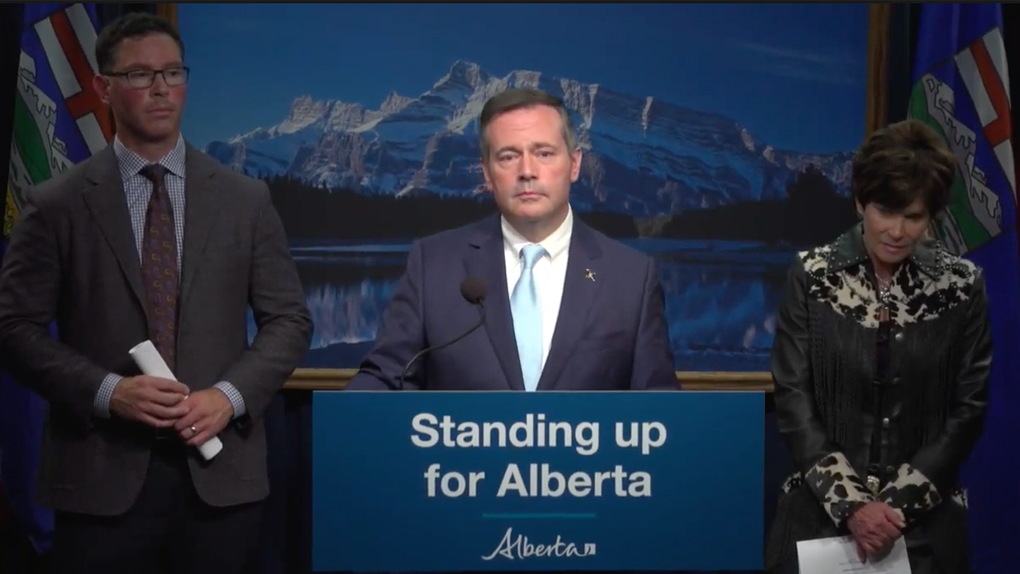 Jason Kenney’s Anti-Alberta Inquiry found evidence that a small network of right-wing groups received millions of dollars in foreign funding, but the report redacted the names of those organizations and how much foreign money each received.

The long-awaited report, published last week after multiple delays, ultimately concluded there was no evidence environmental groups have engaged in illegal activity in their work fighting climate change.

Citing publicly available information, the report noted it found 37 environmental groups working on environmental issues in Alberta had received $54 million over two decades from outside Canada – an average of $3.3 million per year spread across 37 groups over the span of 17 years, to be precise.

That’s around 10% of what Kenney’s government spends on its “energy war room” every year.

Buried in Deloitte’s report is a table with data on foreign funding for the “11 largest conservative / market oriented” organizations based in Canada. 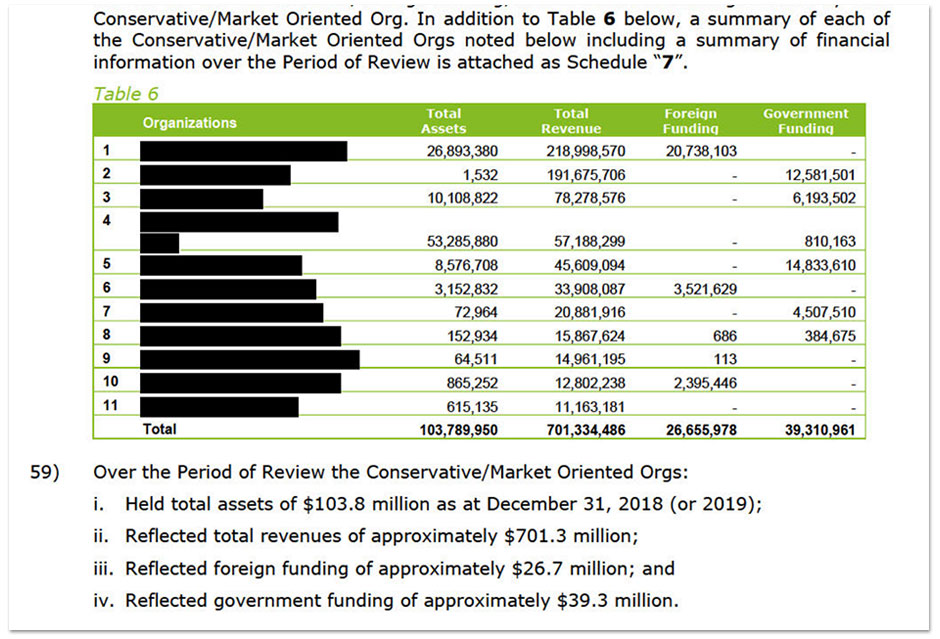 “A submission made to the Inquiry asserts that significant foreign funding is made to conservative / market oriented orgs for the benefit of or in support of Alberta’s oil and gas industry,” Deloitte explains.

“As a result of that submission, Deloitte was instructed by the Inquiry to review the revenues, foreign funding and government funding of the largest market-oriented policy advocates registered as charitable organizations.”

Although the names of each organization is redacted, Deloitte found $26 million in foreign funding spread across five of the 11 organizations over the same time period.

In the Anti-Alberta Inquiry’s report, Allan offers the following explanation for why the names were redacted:

“I asked Deloitte to review foreign and government funding to what are described in their report as Conservative / Market Oriented organizations. I have determined that the details of this funding are outside my terms of reference.”

However, the names of all 11 right-wing organizations appear unredacted in the appendix of a separate document uploaded to the Government of Alberta’s website.

The names of the 11 conservative / market oriented organizations are as follows: 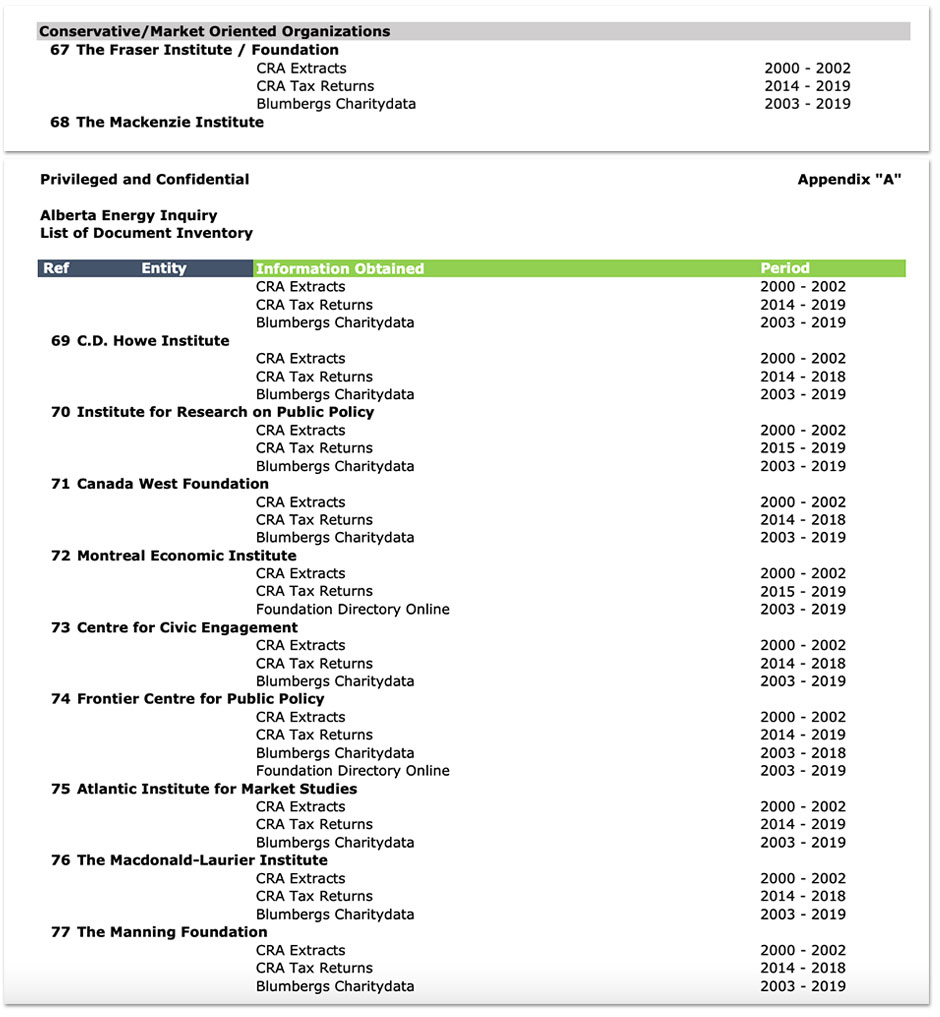 It is unclear if the names of the right-wing groups were left unredacted by accident.

In a statement to PressProgress, Inquiry spokesperson Alan Boras described the appendix as a “list of all documents reviewed and considered” but offered no explanation for why names were redacted in one document and unredacted in another.

“The content that was redacted deals with information about which no findings were made, so it was irrelevant,” Boras added.

One organization listed by Deloitte was the CD Howe Institute, which was one of just three “conservative / market oriented” organizations that responded to a letter from Steve Allan requesting their participation.

According to a copy of the CD Howe Institute’s submission obtained by PressProgress, the think tank simply forwarded Allan links to publicly available details about its funding model:

“The Institute is happy to send on publicly available details regarding our funding model, membership and donors. You can find information about our funding model here. Our list of major donors can be found in our annual Report on Giving publications, here. Other governance, membership and sponsorship information can be found in our Annual Reports, here.”

CD Howe spokesperson Laura Bouchard confirmed to PressProgress that it made no request to have its name redacted from Allan’s final report.

The two other right-wing organizations that supplied responses to the Inquiry were the Macdonald-Laurier Institute and the Frontier Centre for Public Policy – neither group responded to requests for comment from PressProgress.

The Macdonald-Laurier Institute says it promotes “liberty” and “markets.” It is partnered with the Atlas Network, a global network of right-wing think tanks and advocacy groups largely funded by conservative mega-donors, including billionaires Charles and David Koch. 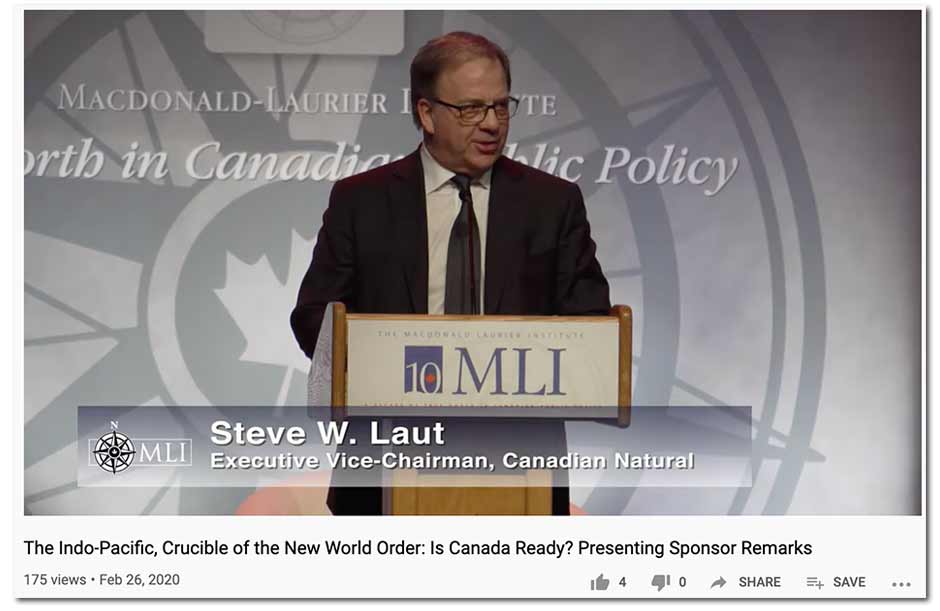 The Frontier Centre for Public Policy, another right-wing think tank based in Winnipeg, has been outspoken in attacking climate scientists and disputes the science on climate change. 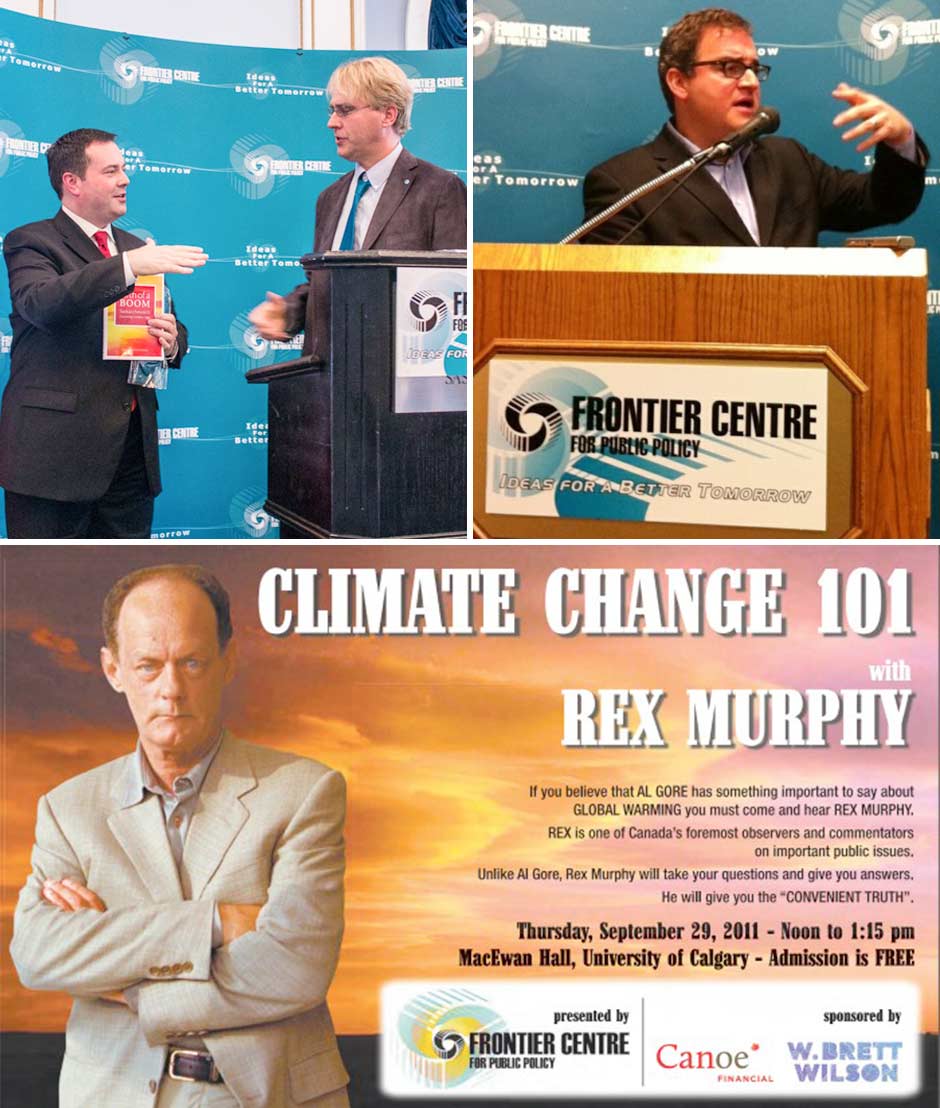 Steve Allan’s two-year $3.5 million investigation drew exclusively from publicly available data and made little effort to talk to environmental groups at the centre of his investigation.

Savage insisted she believes it is a “real concern” when any group is “influencing political and regulatory change using foreign funding.”

“It’s foreign money and I think all Canadians should be concerned.”

Savage’s office did not respond to questions from PressProgress about the foreign funding of conservative and market-oriented organizations.