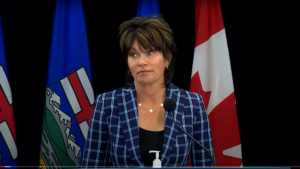 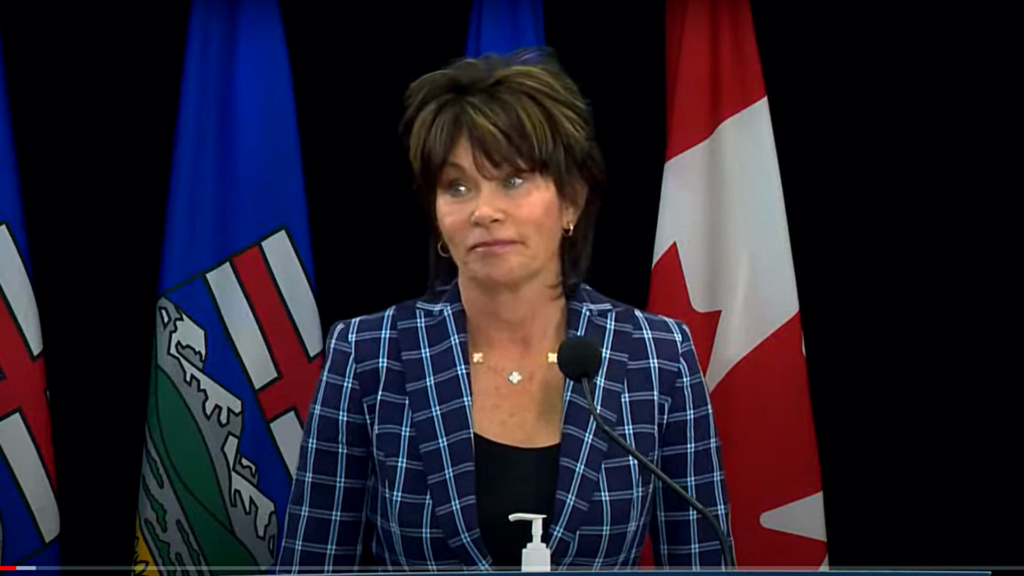 After several delays, Jason Kenney’s $3.5 million inquiry into “anti-Aberta energy” campaigns has turned up no evidence of wrongdoing by environmental organizations and little in the way of ‘foreign funding.’

Alberta Energy Minister Savage took the podium alone today to announce the findings of the United Conservative Party government’s $3.5 million investigation into alleged ‘Anti-Alberta energy’ campaigns. Absent from the announcement was any allegation of illegal activity at all on the part of the environmental movement.

Asked about the lack of findings of illegal activity or wrongdoing on the part of any individuals or organization, Minister Savage told the Press Conference: “Look, the report was never meant to censure or impugn or punish. I don’t care if the activity was legal or illegal. It doesn’t detract from the fact that Albertans were hurt.”

The report, a key 2019 United Conservative Party campaign promise, also found only $54.1 million in “foreign funding” went to these “anti-Alberta energy” campaigns from 2003-2019.

That averages $3.38 million per year.

That’s not only less than the inquiry cost but it’s also far below the $30 million budgeted for Canadian Energy Centre — better known as the war room — in its first year.

$10 million was ultimately budgeted in 2020 and 2021 according to February 2021 fiscal planning documents.

"It may well be that the reputation of this entity has been damaged beyond repair."

Allan’s report states total foreign funding of “Canadian-based” environmental initiatives was $1.28 billion between 2003 and 2019, but only a fraction went to “anti-Alberta” initiatives.

‘I would say Minister Savage’s news conference went about as well as the public inquiry, or the adventures of the War Room so far,’ says Dogwood BC spokesperson Kai Nagata.

“It seems to me they could have done this two years ago and saved Albertans a few million bucks. The commissioner didn’t deliver the evidence they were hoping for, so they just went back to their old talking points.”

Others say the Inquiry is living up to its intended purpose.

“Obviously this was scary when they announced it, and by having this chill out with the inquiry’s launch it held back the environmental movement in the province because organizations were busy minimizing their risk.” Alison Mcintosh with Climate Justice Edmonton told PressProgress.

Neither Premier Kenny or Inquiry Commissioner Steve Allan made themselves available for the announcement.