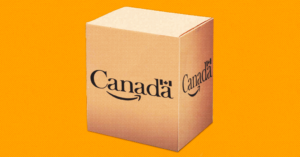 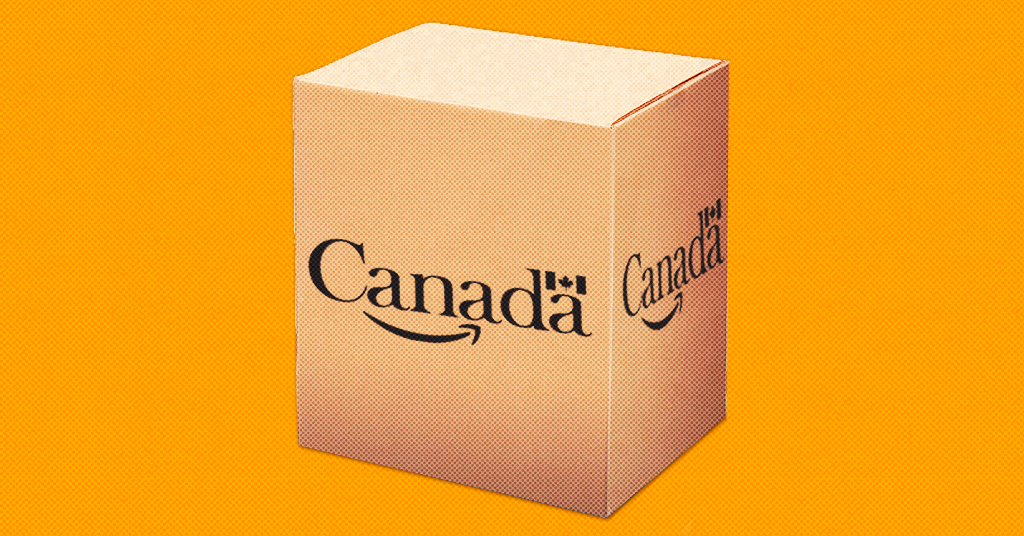 The federal government won’t share details of a contract it signed with Amazon this month that puts the multinational corporation in charge of distributing emergency medical supplies to Canadian hospitals during the coronavirus pandemic.

For nearly two weeks, PressProgress has made numerous attempts to get basic details on the record about the federal government’s “partnership” with Amazon.

The federal government’s response has proven slower than shipping a package from Halifax to Vancouver.

On April 3, Prime Minister Justin Trudeau made a surprise announcement revealing Ottawa had “signed an agreement with Amazon Canada to manage the distribution” of medical supplies, including “masks, face shields, gowns, ventilators and test-kits.”

A bit of news that may get overlooked today because of 3M: PMJT says the federal government is turning to Amazon Canada — not Canada Post or its courier division, Purolator — to deliver PPE and other supplies to health care facilities.

The announcement triggered an immediate backlash, with some questioning why the federal government awarded a contract to a multinational corporation when a federal crown corporation like Canada Post could do the job just as easily?

Of course, that raises an even more basic question: What exactly is Amazon doing?

The only concrete detail in the government’s press release was that Amazon would “process and manage orders through its online Amazon Business store” — in other words, Amazon was simply creating a helpful webpage.

Public Service and Procurement Canada (PSPC), the department in charge of awarding government contracts, refused to disclose the full terms of Amazon’s contract with the Public Health Agency of Canada (PHAC).

“The contract between the Government of Canada and Amazon contains third party information protected under the Access to Information Act and the Privacy Act,” a PSPC spokesperson told PressProgress.

They pointed to a section allowing the government to “refuse to disclose any record” if it relates to “trade secrets of a third party” or other various “financial” matters.

PSPC would only say that PHAC, the agency leading Canada’s pandemic response,  was looking for “options to best manage the shipping, receiving, order processing and distribution of personal protective equipment to healthcare partners.”

However, an Amazon spokesperson told PressProgress about other components of the deal which the federal government has not publicly disclosed — including that the company will store emergency medical supplies at its private warehouses. 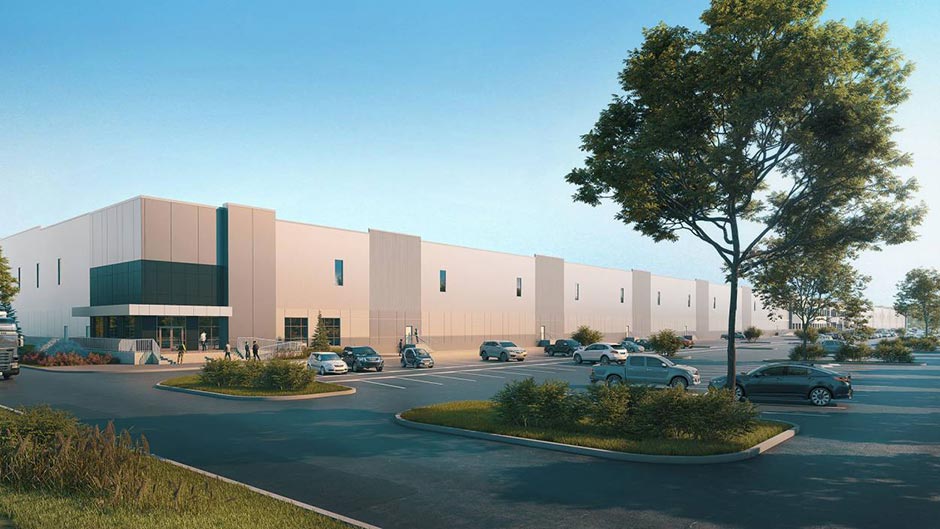 “Supplies procured by the Government will be stored at Canada Post warehouses as well as Amazon fulfillment centres,” the Amazon spokesperson clarified.

PHAC initially refused to confirm or deny Amazon’s private warehouses would store medical supplies, suggesting the “locations” of the supplies were confidential.

The agency later confirmed Amazon will, in fact, “provide warehousing.”

PHAC did not provide answers to PressProgress‘ questions about steps the agency is taking to provide oversight or ensure the security of supplies at Amazon’s facilities.

The agency also provided no explanation for why Amazon’s facilities are needed when PHAC already has a network of “hidden” warehouses that are supposed to be used to store medical supplies specifically in case of a pandemic. 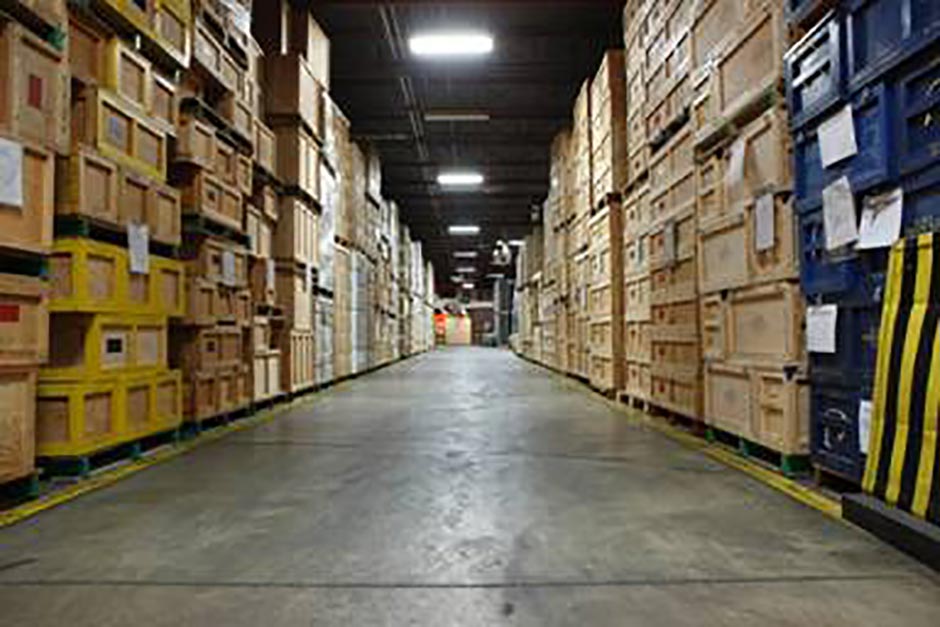 A 2006 report on Canada’s pandemic plans authored by Chief Public Health Officer Theresa Tam indicates NESS is in charge of “packaging, shipping and storing of supplies and equipment” and “facilitate (their) timely distribution” — responsibilities that now all appear to be managed in one form or another by Amazon.

Health Minister Patty Hajdu recently acknowledged the emergency stockpile faced underfunding for “decades” under successive governments. As recently as the 2010s, the stockpile contained medical equipment procured in the 1950s originally meant to be used in the event of nuclear war with the Soviet Union.

The Senate of Canada issued a report in 2008 that concluded the program had been mismanaged, noting supplies in the “hidden caches” appeared “more appropriate to the Korean War era than to the needs of first responders today.”

A 2011 program evaluation under the Harper government later floated the idea of cutting costs by privatizing parts of Canada’s stockpile of disaster supplies.

“Third-party-managed inventory,” which involves “leveraging the use of private sector warehouse and inventory management capacity,” is cited as an example of “public-private partnerships” that could result in “improved efficiencies.”

The 2011 report also noted the warehouses were understaffed and under equipped.

“There is a large volume of advanced medical equipment in the NESS warehouse for which there is minimal infrastructure or human resources to support its sophisticated and labour-intensive maintenance,” the report noted. 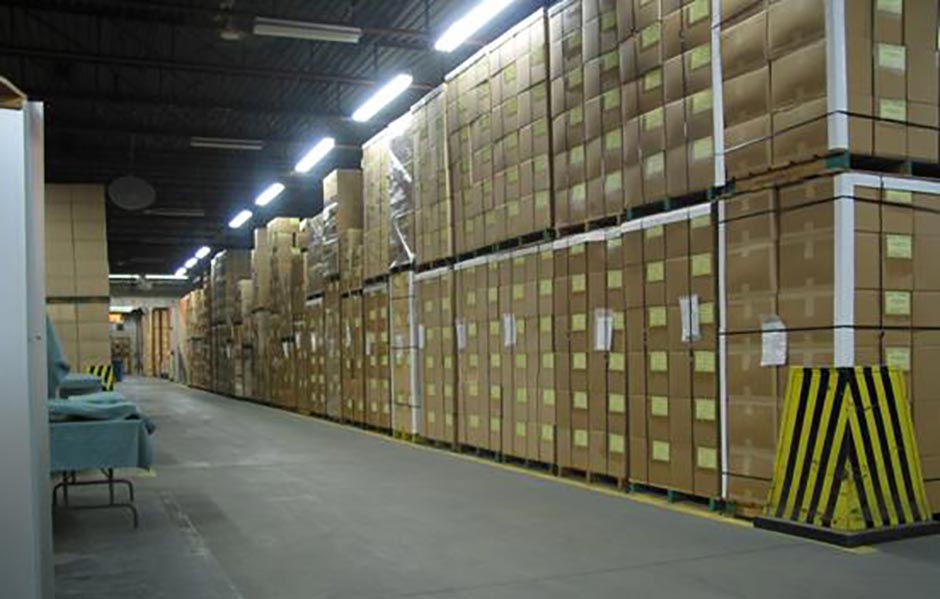 Healthcare advocates are “very concerned” by what the public-private partnership with Amazon says about Canada’s emergency healthcare capacity.

“This is the privatization of a significant part of the supply chain for necessary emergency supplies that should be controlled publicly and subject to careful oversight and handling,” Ontario Health Coalition Executive Director Natalie Mehra told PressProgress.

“The federal government should answer questions about this with substantive answers,” Mehra added. “Canada should have existing facility stock for storage and distribution.”

It’s unclear if the federal government consulted anyone before hiring Amazon. Stakeholders like the Public Health Association of Canada and the Canadian Medical Association told PressProgress they had no information about Amazon’s deal to manage the distribution of emergency medical supplies.

The CMA noted “the supply of personal protective equipment is an urgent issue,” pointing to a recent survey of its member suggesting nearly 90% of orders for new supplies in the last month had yet to arrive.

The Canadian Union of Postal Workers, who also indicated they were not consulted before the contract with Amazon was signed, said they also have “urgent questions and serious concerns about the deal.”

“Oversight is going to be crucial,” said CUPW President Jan Simpson. “How will the public be assured that worker rights are respected the way they should be by a federal contractor?”