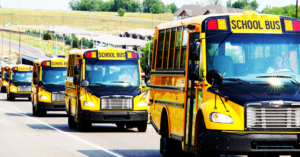 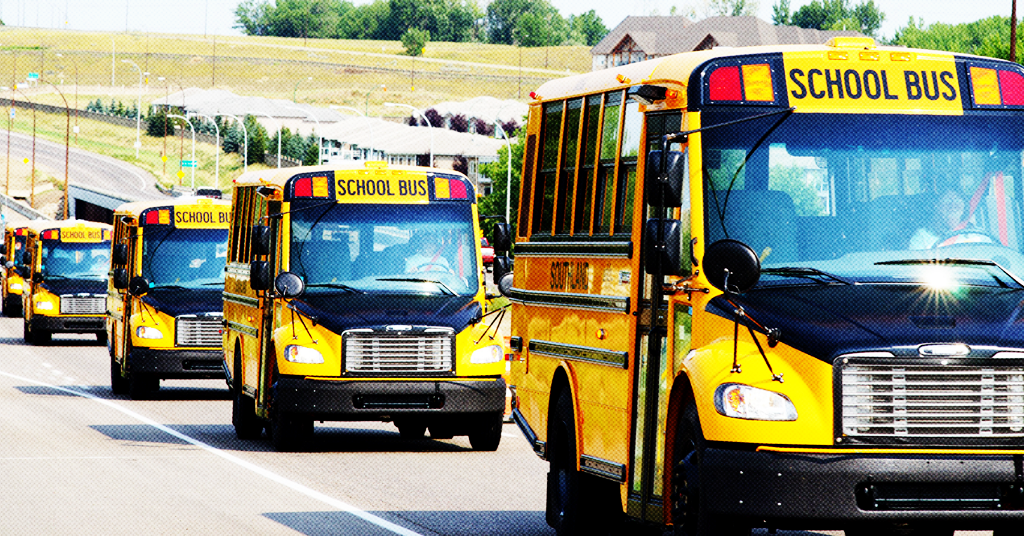 A company that drives 50,000 children to school in Alberta every morning used a secret scorecard system to identify school bus drivers loyal to management and single-out workers who may hold pro-union sentiments.

Representatives from Southland Transportation Ltd, a subsidiary of Pacific Western, shared details about its Orwellian union-busting tactic with HR professionals and corporate executives gathered at the Toronto Airport Hilton for a conference run by the anti-union group LabourWatch earlier this summer.

Fast food giant A&W Canada faced calls for a boycott after PressProgress recently reported how company executives revealed they keep a secret “watch list” to closely monitor franchises it believes could be at risk of unionizing.

In a presentation titled “Another Teamster Drive, They Never Stop!” Tracksell, along with Southland managers Craig Loose and Pamela Matijon, pointed to their secret scorecards as an example of a “successful employer response to union organizing.”

An audio recording of their June 25 talk was reviewed exclusively by PressProgress. Southland did not respond to multiple requests for comment. 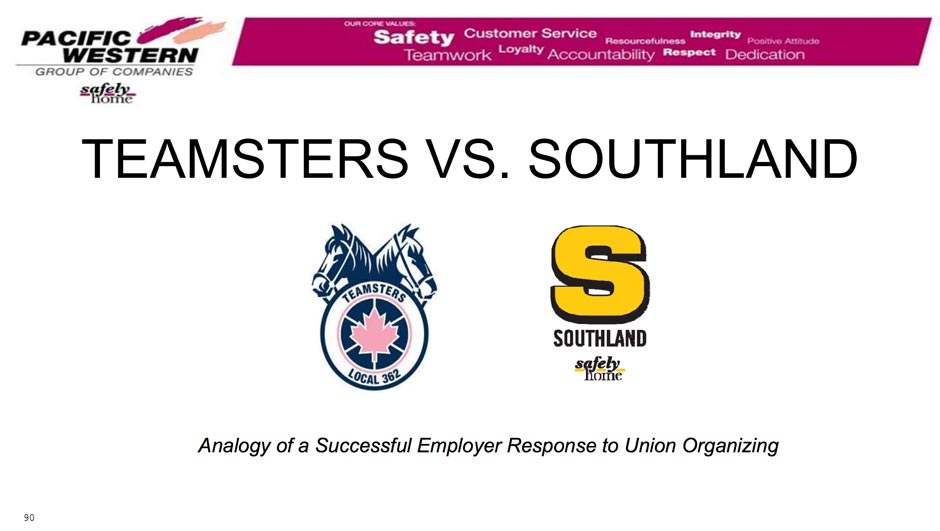 After learning the Teamsters were organizing a union drive in its school bus division, Tracksell said she asked management to assign a number to each driver.

“I needed to know number one: Who are the company supporters? Who are our friends? Who can we go and talk to?” Tracksell told the anti-union conference.

“And, number fours,” she continued, “Who are people that you believe, based on your interactions daily with these employees, are likely union supporters?”

“I don’t want to go over there and talk to them right away,” she explained. “So, I asked the manager to put that list together.”

She added: “I didn’t do the twos and threes because those weren’t important to me.” 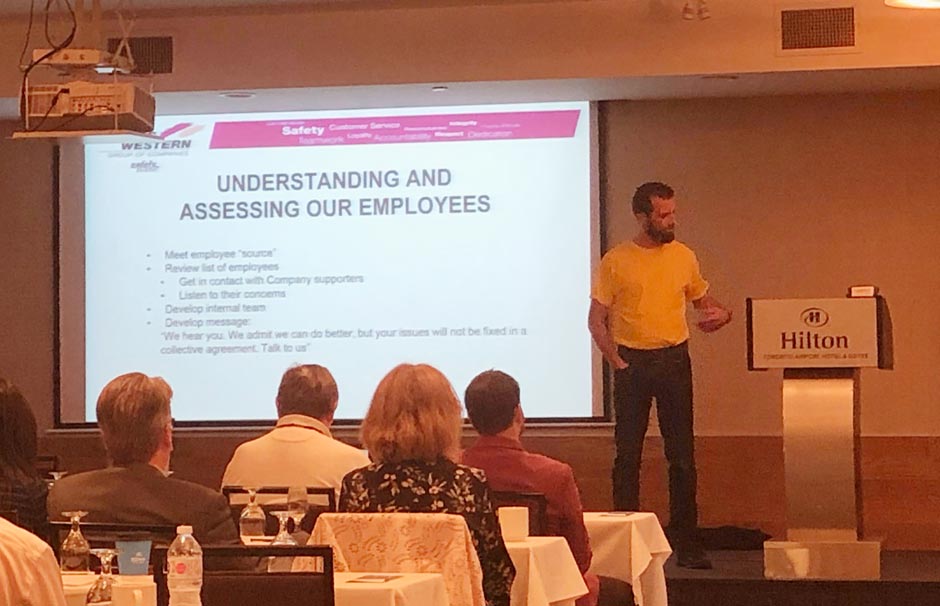 The Pacific Western representative elaborated that this data was used to help stop the union drive in Southland’s school bus division.

“They helped us understand what was going on in terms of this union drive” and “gave us some information,” she said. “‘Yeah, I did hear about this union thing, there was this meeting’, and they’d tell us everything — we didn’t specifically ask about it — we just said: ‘Do you have some concerns? What’s going on?’ They gave it all to us.”

This information was used to develop anti-union messages for the other workers: “We hear you, we admit we can do better — but your issues will not be fixed in a collective agreement.”

Other slides during the presentation show the company collected intel on workers by monitoring a special Facebook group for school bus drivers. 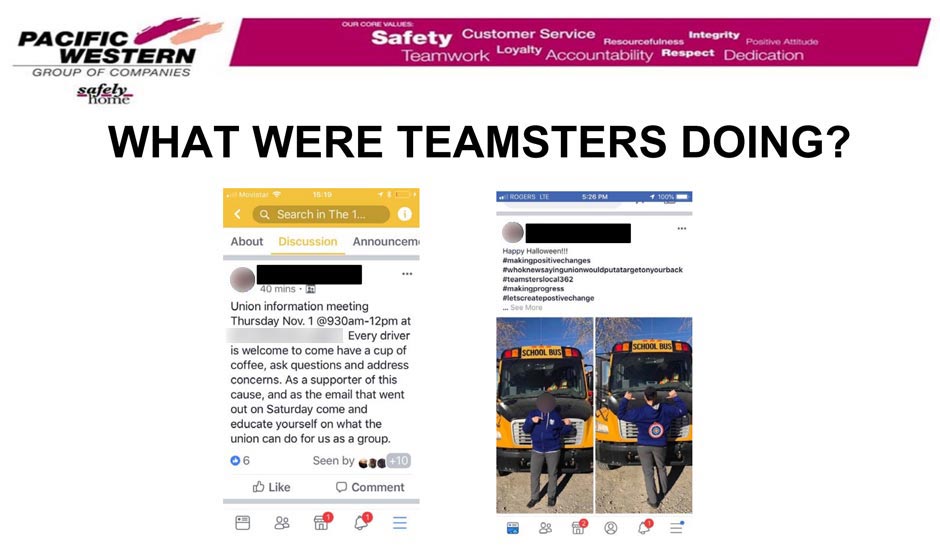 John Mortimer, President of LabourWatch and the lead organizer of the anti-union conference, advocated the use of “scorecards” to keep track of whether individual workers are “pro-union” or “pro-company.”

“You work with your management and say ‘where does this person stand on the union?’” Mortimer explained. “You add it up and say ‘how are we doing? Who are the fence-sitters? Who’s pro-union? Who is pro-company?’”

In another talk, Fasken LLP lawyer Mathias Link presented a scorecard his law firm prepared for an unnamed food manufacturer that makes soups and specialty foods for grocery stores with two plants in the Greater Toronto Area and 538 employees — largely from temp agencies.

Fasken LLP did not respond to a request for comment from PressProgress. 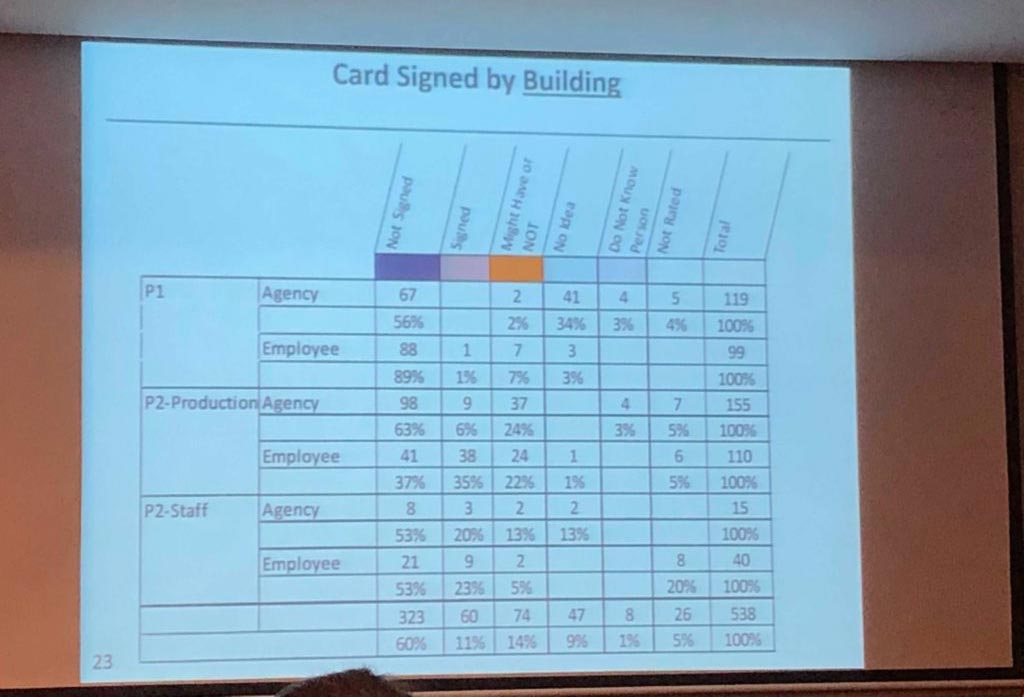 Mortimer admitted “there is a bit of a perception that (scorecards) are unlawful,” but assured the conference he “had this researched in Alberta, British Columbia, Quebec and Ontario.” He said he “could not find a single decision that even talked about this employer practice.”

“I’d bet there’s tens of thousands of these lists that have been done by employers over the decades through union drives and decertifications,” Mortimer suggested. “Some employers are doing them every week.”

Mike Sherrard, an employer-side lawyer with Sherrard Kuzz LLP, agreed the practice is widespread: “I bet it happens 90% of the time.”

“There’s no case law because unions aren’t challenging it,” Mortimer added. “They’re not even trying to get these employer lists, they know we’ve got them.” 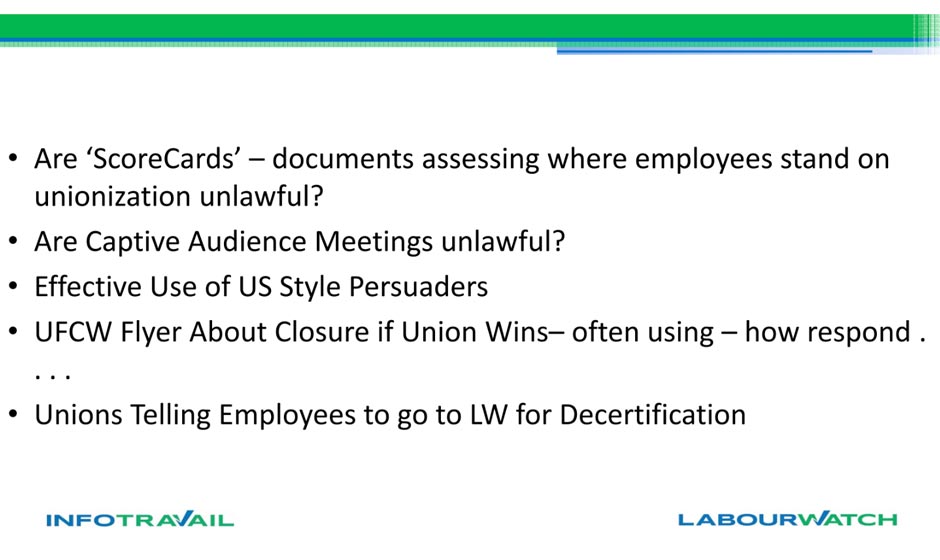 Mortimer told the conference the only downside would be if a scorecard was made public, conceding it might be “embarrassing” and “damaging to their credibility.”

In fact, he recalled that “Sobeys told me a story once” about a case in Quebec where the company was confronted with a leaked copy of one of its scorecards, after telling a Labour Board it did not conduct the practice.

Mortimer said, according to the story, “they were in a hearing in Quebec and they were asked if they had done one of these lists and the head of Human Resources at the time said no. And then boom comes the Sobeys list of all the names and all the ratings.”

“John Mortimer misspoke,” a Sobeys spokesperson told PressProgress after an audio clip of the LabourWatch President was shared with the grocery chain.

Sobeys is a member of the Retail Council of Canada, which is one of LabourWatch’s core member associations.